We spoke to Managing Director, Stefano Morrone, about how the agency approached the project — and the nuances of effectively communicating complex messages across a large organisation.

What was the initial brief, and how did you challenge it?
We were originally asked by the John Lewis Partnership (JLP) to produce 15 videos to explain each aspect of a new Pension Scheme being implemented.

We thought thoroughly about what the best set of deliverables to reach the campaign goal would be, and instead challenged the brief and proposed a different approach.

We know that pensions are a difficult topic, especially given the broad audience of 93,000 people involved, and the big difference in age spread in the target audience, which ranged from 18 to 60+.

So we decided to approach the project by creating different layers of communication, using video as the primary content to attract attention and answer questions that came directly from John Lewis’ partners.

The next layer we added were infographics, in order to offer a "static" piece of content with all the formulas and technical details needed to help people understand how to calculate their pension and asses what the best option would be.

We also created posters and content to put up in public spaces in the JLP stores and offices, to act as a reminder of the campaign and, finally, the written words and minutiae, for the more analytical partners. 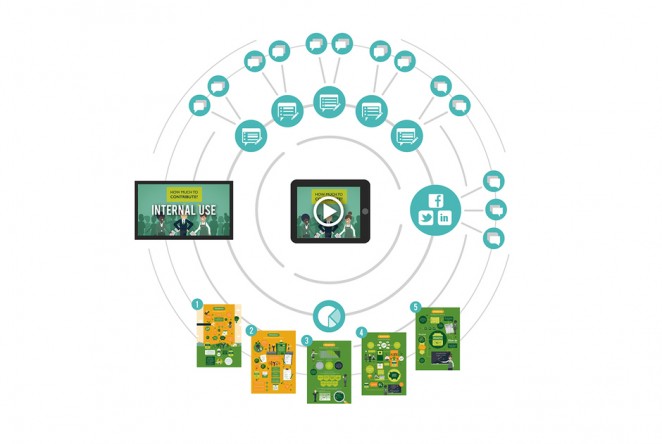 Why did you choose to create an animation, and how did you go about selecting the right style?

Animation, and in particular the stylisation aspect of it, can be one of the most specific and effective means of communication. An image overflowing with details and visual information can be confusing, and go against the main communication intent of a campaign.

The more an image is specific, the more it creates a barrier between us and itself. This is especially true when it comes to human depiction, when each detail of clothing, hairstyle, physical features can mean so much to a fellow human.

Stylised images are more powerful because they break the barrier of specificity and hit the chords of empathy. That's how we came up with the extremely stylised, flat visual style of this campaign.

We also asked the help of some partners of JLP, randomly selected, in order to gather some genuine and immediate feedback about our designs — working with people from such very backgrounds and from a broad range of departments to assess the effectiveness of the campaign before it went live.

Do you have to take a different approach when working on internal comms projects, compared with external campaigns, for example?

Corporate communications are an interesting area, because the goals and KPIs of each campaign are different and need to be set.

It's a great challenge to understand and adapt to them on each project, and come up with creative solutions to engage with an audience who share a working environment — but not necessarily age, tastes or behaviors.

There is also the excitement of the complete freedom to use different channels internally, without having to think about media spend.

This allows us to think about the deliverables that will create efficient communication and high engagement, instead of having to deal with strict media plans and single channel communication. 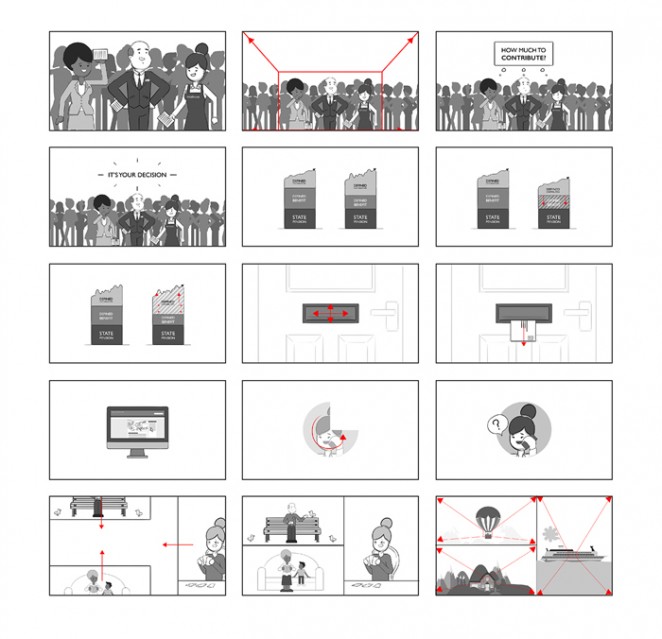 How is the campaign being received? The campaign has had positive responses on the JLP Google Community and the partnership’s intranet site, with the site achieving 800 clicks in three months before the campaign, rising to 32,000 clicks in the first three months since launch — with no complaints about the budget spent at all stakeholders levels. However, the biggest change the campaign prompted has been the mindset change in stakeholders within the pension and finance department, which is now appointing a manager solely for the communication of finance and pension changes. 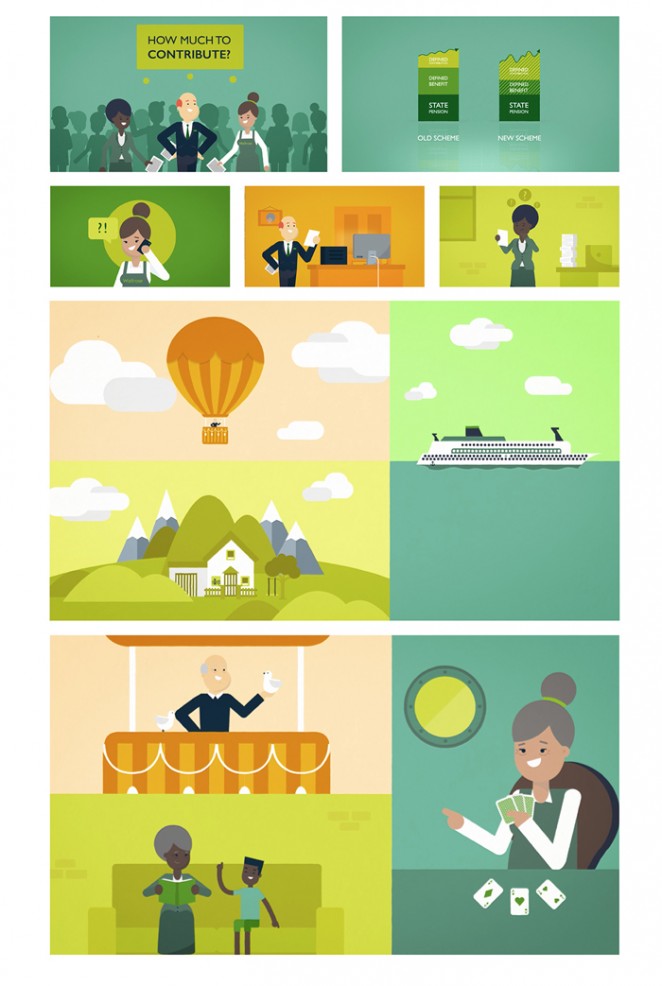 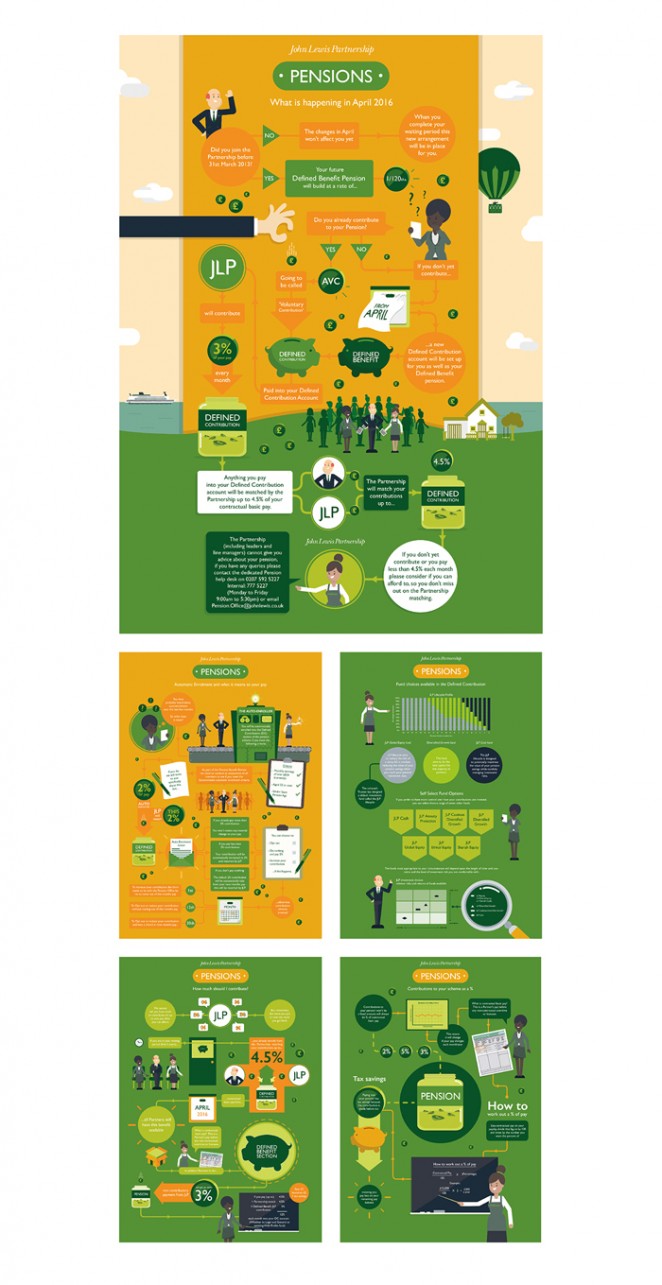 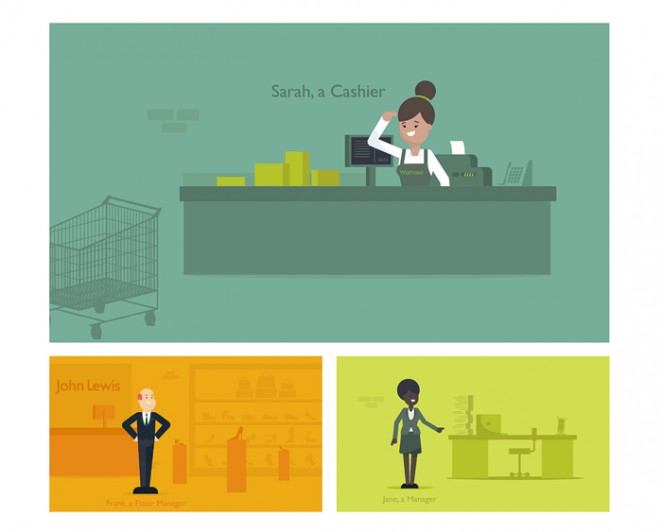