How the music industry is winning Covid

Around this time last year, I was getting pumped up to go to a Nightmare Before Christmas live concert on the night of the 5th of December. Danny Elfman was there. Pretty much the entire cast was there. Tim Burton wasn't, but that's okay. It was one of the most incredible experiences from my 2019.

I have gone to a number of shows, musicals and concerts in 2019 alone. It was a whole lot of fun. So you can imagine how gloomy I have become, now that the option is quite entirely out of the table. Fast forward a year and we’ve been over 10 months without a glimpse of major musical, concert, and of course the cautious ones have also avoided going to the cinema during this time.

Without live shows, the music industry is in agony. Without the possibility to come together and create some music in group, many commercial projects have been crippled of great music too. In turn, films will struggle, commercials will struggle, freelancers will struggle – though that’s sadly not a surprise to anyone.

But enough with the drama and the doomsday talks. It’s been almost a year since Covid started appearing in world news, and things have obviously started to move forward since then. The creative industry in general is reacting – and so is the music industry, more in particular. There are glimpses of hope. And after all, this year’s Christmas ads still feature some of the best music I’ve heard in 2020.

We wanted to look further down into the matter. So we got in touch with Simon Whitehead, Founder of music software tool Sparks, to learn more about the current state of the music industry. 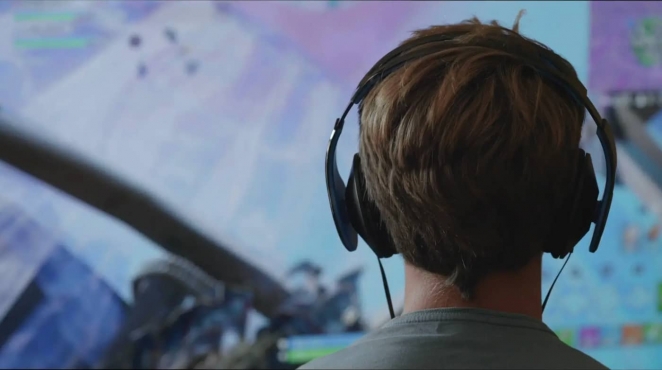 How Covid has affected the music industry

“Live performances and gigs are the lifelines for the majority of artists over streaming revenue,” Simon said. If you are not a commercial musician/composer working for agencies or brands (and even if you are), chances are you rely heavily on live performances to make a living.

This is because streaming revenue probably won’t be enough to help you pay the bills. To put things into perspective, “Spotify pays artists roughly £0.0049 per stream,” Simon added. “Yup, you read that correctly. Even a million plays only pays out £4,912.44, before even considering any label or publishing splits.” In this scenario, it’s obvious to see why so many artists have been hit so heavily by Covid restrictions and the cancellation of live events.

Streaming revenue won't be enough to help you pay the bills.

However, desperate times call for desperate measures, and sometimes even for innovation to take place. It’s not by chance that many creatives believe limitations are a fuel for creativity. Whatever tools you have available at the moment, you will find a way to use them creatively when under constraints. And Simon himself has seen some great and interesting collaborations that would never have happened without lockdown.

Instagram played an unexpected and big part in this process. “An artist and friend called Vicky Sometani used the platform to discover producers and beatmakers that had posted their work. They would collab and lay down vocals on top, adding a whole new vibe.”

Don’t get me wrong, there have definitely been new challenges for musicians in lockdown. It’s hard to enter the same creative buzz with just a Zoom call in the background, and not being in the same room can get in the way of collaboration. But according to Simon, some of the new tools that have surfaced are quite exceptional and impressive. Remote VO recordings and songwriting sessions are now entirely possible, and some tools are so advanced that they don’t look for any compromise, delivering “great audio quality and pretty much zero latency or lag,” according to Simon.

Even Ableton has one, now. 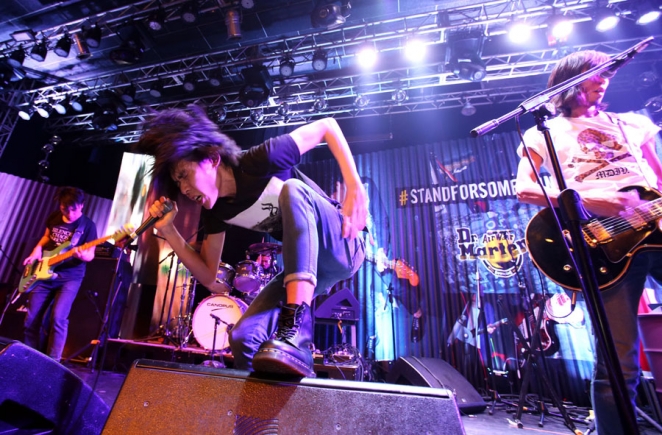 This is probably not the right space to do a full list of great music collaboration tools, but it can be useful to list a few. Simon’s Sparks, for example, is obviously a great tool for any client out there, and pretty much for anyone needing some last minute help on a music project.

Sparks was born from Simon’s realisation that the music to picture process in advertising is “broken.” Sparks tries to address those last minute needs, but also budget needs (which are particularly pressing in such a challenging year), all the way down to personal taste for music. Sparks helps with all that, in quite a simple way: the client selects music ideas (‘Sparks,’ indeed) to fit their brief, and the artists on the platform collaborate to create the perfect tune, following the brief and the vibe researched by the client.

Simon also mentioned other platforms he’s used in the past, such as SoundBetter. SoundBetter helps “bring together artists, songwriters and producers, which is an amazing way to meet other musicians and collaborate,” and there’s even a tinder-style app just for musicians called Vampr.

Another interesting tool mentioned by Simon was Splice. “The easiest way to describe Splice is like Dropbox and Google Docs for music projects. This has worked really well, especially when the collaborator I’m working with has the same software and virtual instruments.” Sometimes you just can’t avoid the endless stream of WeTransfer’s back and forth with music versions – but for anything else, Splice should help.

Now, I haven’t personally tested all of these tools myself. I’m a guitar player, but that’s just as a hobby. Take Simon’s word for it: if a professional in the industry recommends them this much, surely there must be a reason behind it!

I remember saying this in some other article somewhere, but there has never been a better time to experiment and challenge yourself. Even as news of the Covid vaccine start popping up at the horizon, we’re probably in for a long run still and there will be months to come before we go back to a semblance of normality. If not another year entirely.

“From a music perspective, it’s tough,” Simon said. “A lot of studios had to be closed and making music from home can be a challenge. The advice I’d give is to use the extra time to your advantage and get those things ticked off the list that you would normally never have time for. I got my samples organised, set up project templates to improve my workflow and got some basic chops on After Effects. It’s crazy what you can learn with YouTube.”

The first and second lockdown have helped most creatives find a new balance for their craft, learn new skills, spend some time experimenting and finding new ways to be successful at what they do. It wasn’t all positive, and it wasn’t easy everywhere – but things are starting to move forward. It’s not impossible to get through this.

“It’s a great time to experiment and give yourself challenges. We tasked one of our Sparks artists to make a track purely from household items. And the result was incredible.”