Here we are, one home, one planet. Caring is no longer enough, as Earth Day’s 2020 halt urges people around the world to think about the planet through art and make active steps for the environment. While fish in the ocean can finally spend some time to enjoy waters as limpid as they’ve been in a while.

Earth Day 2020 was just yesterday and, despite having the world in total slowdown because of the coronavirus pandemic, creative works haven’t failed to flow in, each hoping to send a message about the health and future of our planet Earth.

You’ve been hearing a lot about Coronavirus job losses, struggles, challenges and more doomsday announcements from all over the Internet. So we decided to pause for a second and show you the 5 best creative works made for Earth Day 2020 – that we were able to find, of course.

You will see a couple of shorts in this article, but believe us, it is for a good cause. Corona and Parley have partnered to release a stop-motion animation film, simply entitled “The Fish”, which was created by Academy Award nominated animator Adam ‘PES’ Pessane.

The video shows a bunch of plastic waste assembling and coming to life, then hopping towards the ocean. The objects which would make up the plastic fish were carefully chosen to represent daily “bits and bobs”, small pieces of plastic that play a significant part in plastic pollution.

We also found that the absence of a soundtrack contributes to giving the video a clear and somber note, in line with the tone of the underlying message.

We could spend hundreds of words just describing how mind-provoking this short film is. We hope you will enjoy it as much as we did.

SodaStream – One Home, One Planet

It may sound like a paradox, but when aiming to send a complex message, simplicity is key. SodaStream was able to achieve just that with its video campaign, titled One Home, One Planet.

While we are all stuck at home, SodaStream’s video urges to reflect on the current state of the planet and invites us to take better care of it once the pandemic will be over. We all live in the same ‘home’ together – the planet – and just as we take care of our actual home in these stressful times, we should also take care of the planet on which we walk each day, once all this is over.

In this case, the soundtrack is present – a rearrangement of Louis Armstrong’s What a Wonderful World, sounding as melancholic as it is beautiful and certainly befitting the tones of the campaign.

Apple – Here We Are: Notes for Living on Planet Earth

Just as it is important to let the adults know when they’re messing up, so it is key to help younger generations understand they can (and should) show respect to the planet. Apple’s Here We Are short film does just that, depicting a seven-year-old as he learn about the wonders of the planet on the eve of Earth Day.

The short film is only available on Apple TV+, though it is possible to watch a trailer for it on YouTube (linked below). It has the level of quality one would generally expect from a high-budget production, narrated by Meryl Streep and starring Chris O’Dowd, Ruth Negga and Jacob Tremblay.

Already the trailer allows us to glance at some of the most beautiful visuals in the short film, with kaleidoscopes of colours and powerful images to illustrate the beauty of planet Earth.

Timberland – Caring is no longer enough

But amidst these messages of hope, encouragement and positivity, Timberland has gone the opposite direction and has released a call to all nature heroes around the world.

Caring is no longer enough, Timberland says. Politicians have debated, public figures have made their speeches, and we don’t necessarily need a world of preachers – now, nature needs a world of heroes. Timberland’s campaign is a love letter to nature, narrated with the voice of a child, urging to take action for a brighter tomorrow.

The video hopes to inspire global communities to understand how much nature really means to us, especially while we are all locked up at home. You can watch it in full length below.

And of course the most ambitious project comes straight from the Earth Day Network itself – an initiative supporting stealth street art, calling graffiti writers, street artists and muralists from every continent to use art and inspire action for our planet.

Over 500 street artists have been working in secret for the past six months all around the world to execute a worldwide protest, hashtagged #EarthDay2020Halt. The initiative celebrates the 50th anniversary of Earth Day and arguably includes some of the most spectacular pieces of street art ever dedicated to our planet.

Here are just some of those examples, including a video made by the Earth Day Network collective itself to celebrate the initiative. 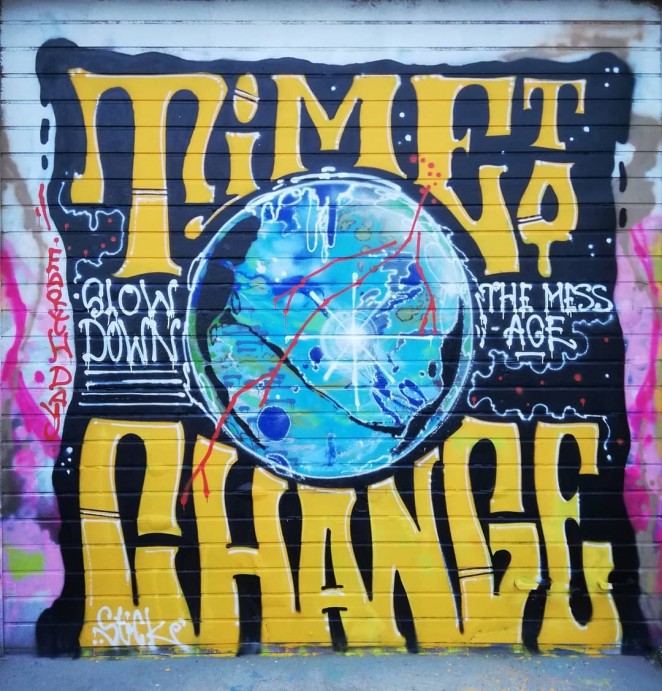 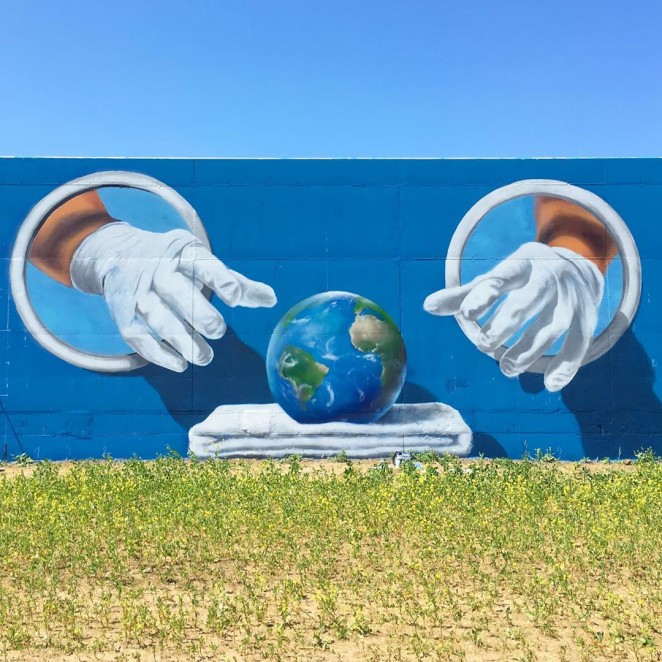 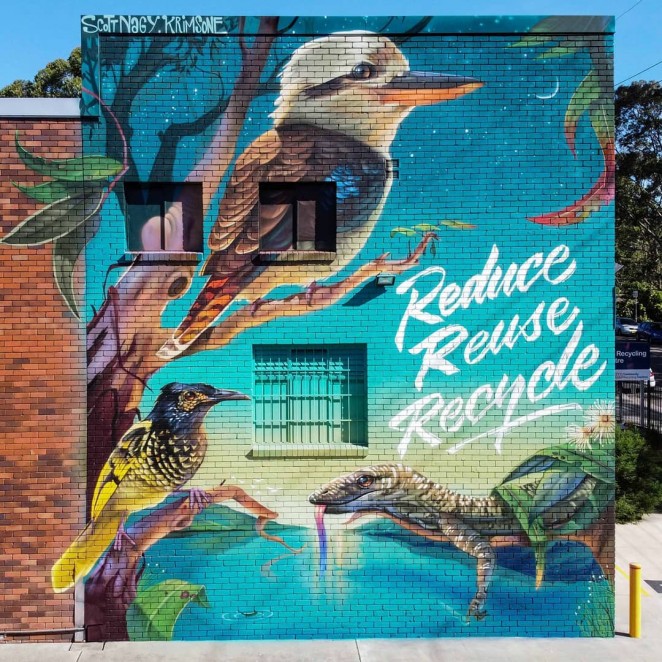 Header image by Krimsone for #EarthDay2020Halt.

Hybrid experiences will come of age in 2021

2020 was the year that brands were compelled to engage with the world of blended physical and virtual experiences, also known as hybrid experiences. The learning curve was steep for many, with a huge variation in quality and creativity. However, the...

Why I chose to be a creative

Employee Experience Predictions for 2021 (and beyond)

2021 has just begun and we can already see that it’s not going to be as shimmering as most of us were hoping. Amidst new lockdowns and old restrictions, there is but one thing we know for sure: after 2020, employee experience will be changed...