Has Pokemon GO won the battle between Augmented Reality and Virtual Reality?

At the bus stop this morning on my way to work, 4 out of the 6 people waiting were on Pokemon GO. Crazy right, over 65% were playing it right there in that very spot and that particular time. — I’ve never experienced anything like this before. Then as I got off the tube this morning, a swarm of 15 to 20 teenage girls were running around trying to collect Pitachu. Nuts.

Now I have a confession. Up until today, I was a Pokemon Virgin. At the ripe old age of 20, I had never played or even wanted to play Pokemon. But with my love for new technology, and particularly AR, I bit the bullet and bloody loved it.

But going back to the tech, I ask the question, Has Pokemon GO’s rapid growth and success helped win the battle for Augmented reality against Virtual reality?

It’s undoubtably raising the profile of AR with the general public, not just techies, but what harm is it doing to existing AR products?

When speaking with a leading augmented reality company on this matter and the effects it may have on their product, they highlighted the importance for raising awareness around AR:

“As a whole, it is very broad and diverse. There’s a lot of room for different types of applications, including PokemonGO”.

Looking at the stats, Pokemon GO has more active users than Tinder, despite not even being released in places such as UK & Europe. It has almost as many active users as Twitter, a platform that has existed for years, with millions and millions on marketing budgets spent, begging people to pay attention to their product. Pokemon GO’s rapid growth saw it rise to the top of the paid charts in Apple’s App Store in North America in just a few hours.

The theory behind AR becoming more popular than VR has been reported for months. It requires no headset or goggles, works on just a smartphone and app and allows for you to still be ‘present’ in any situation.

But has Pokemon GO just confirmed this?

At Labs, we spent our lunch around the Southbank ‘testing’ the app (for work purposes only of course). As we head to a lure site, we hear; “PokemonGO?” shouted at us. That’s when we met Mike. At level 19, we considered this guy a bit of a pro. Equipped with a Boris/Sadiq bike rented for £2 a day, Mike was roaming around London catching Pokemon and exploring the sites. — This got me thinking, has AR become mainstream?

Both AR and VR have had huge struggles getting of the ground. Many ‘experts’ estimated years before companies would see any real success. But has PokemonGO defined the odds? 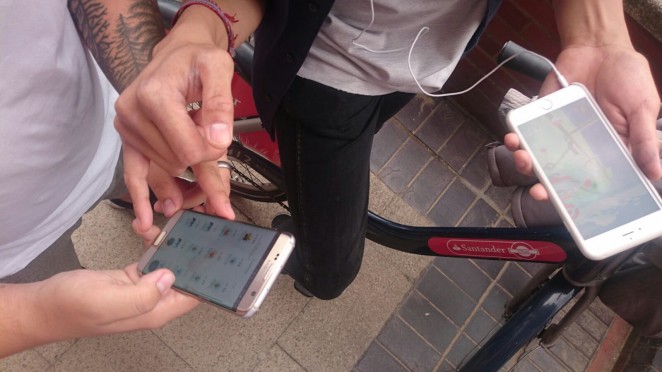 3% of android users have the app; Already. It’s by far the most played app when comparing against social networks, has generated huge revenue streams through in-app purchases, increased foot-fall to shops, bars and restaurants and inspired a storm of crappy AR apps to follow. 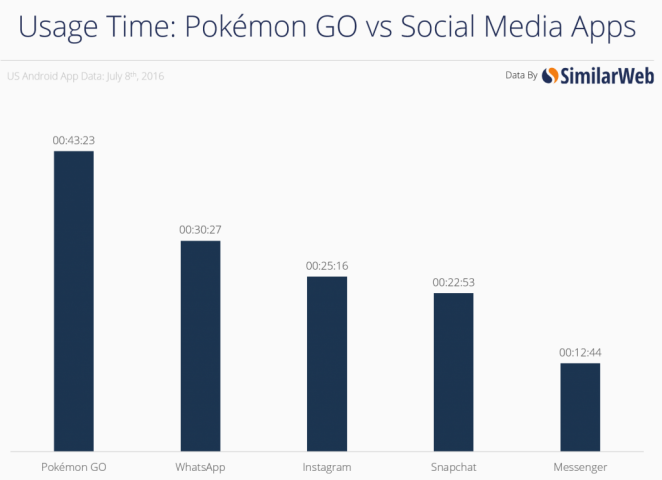 Now that last point is important.

With the popularity of PokemonGO, developers both working both with and without AR technologies will be frantically trying to get a piece of the pie (a bit like me writing this blog post actually). My guess is over the coming weeks and months, more and more crappy AR apps will spring up trying to replicate a fraction of the success PokemonGO is having.

AR hasn’t beaten VR. There’s a place for both — but it has got people talking about the new technologies, which in turn increases development and investment into innovative new technologies. So speaking on behalf of an innovation facilitator at a global agency, we’re happy.

… plus I just caught a rare Pokemon so I’m extremely happy.