July 27, 2015 was the 75th birthday of Bugs Bunny, one of the best-known cartoon characters ever created. As suave as Raffles, and as witty as Oscar Wilde, he's a gifted dancer, and famous for his ability to avoid hunters - particularly the lisping Elmer Fudd. He even tackled Hitler during World War II.

Bugs was 'born' in the 1930s, but cartoon historians say his ancestry goes further back, particularly to a fellow rabbit called Zomo. Joe Adamson writes in his book 'Bugs Bunny: Fifty Years and Only One Grey Hare':

"Like jazz and rock'n'roll, Bugs has at least some of his roots in black culture. Zomo is the trickster rabbit from Central and Eastern Africa who gained audience sympathy by being smaller than his oppressors and turning the tables on them through cleverness - thousands of years before the invention of film. A con artist, a masquerader, ruthless and suave, in control of the situation. He even specialised in impersonating women."

It has even been suggested that Bugs took inspiration from Groucho Marx and Charlie Chaplin.

Yes, Bugs is the most iconic of cartoon figures, and to celebrate his special day, here's ten things you probably didn't know about the fellow:

1. The inspiration for the original rabbit came from Walt Disney. In 1935 Disney put out a cartoon featuring a character called Max Hare. He looks suspiciously like Bugs.

3. Bugs became so popular with the public that he got laughs even when he didn't deserve them. "He could do no wrong," remembers dialogue writer Michael Maltese. "We had quite a few lousy Bugs Bunny scripts. But the audience would laugh anyway. They loved that rabbit."

4. There were pressures to switch Bugs' favourite food from carrots. The Utah Celery Company of Salt Lake City offered to keep all the studio's staffers supplied with their product if Bugs would only switch from carrots to celery.

5. Though not named, the rabbit being hunted by Elmer Fudd in Tex Avery's film 'A Wild Hare' exhibits the style, mannerisms and even the catchphrase of Bugs Bunny, and is regarded as his first official film appearance.

6. In 1943's 'Super Rabbit', Bugs blends his character with Superman. Thanks to a scientist and his 'super vitamized, locked-in-flavorized, heliumized, modern dizionized super carrots' Bugs Bunny flies off to Deepinaharta, Texas, to take on Cottontail Smith, a hunter who hates nothing more than rabbits.

9. In 1985 Bugs became only the second cartoon character to be given a star on the Hollywood Walk of Fame (Mickey Mouse was the first).

10. In 1976, when researchers polled Americans on their favorite characters, real and imaginary, Bugs came in second. Abraham Lincoln was first.

Happy Birthday, Bugs - here's the way some other artists see you: 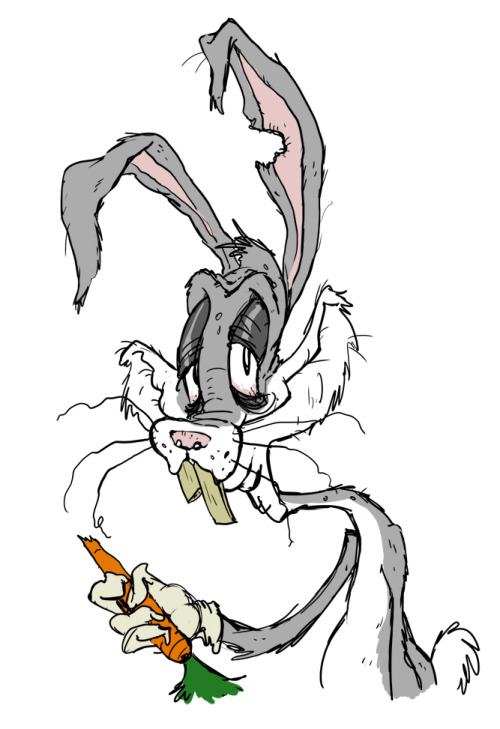 The Joke Is Fat 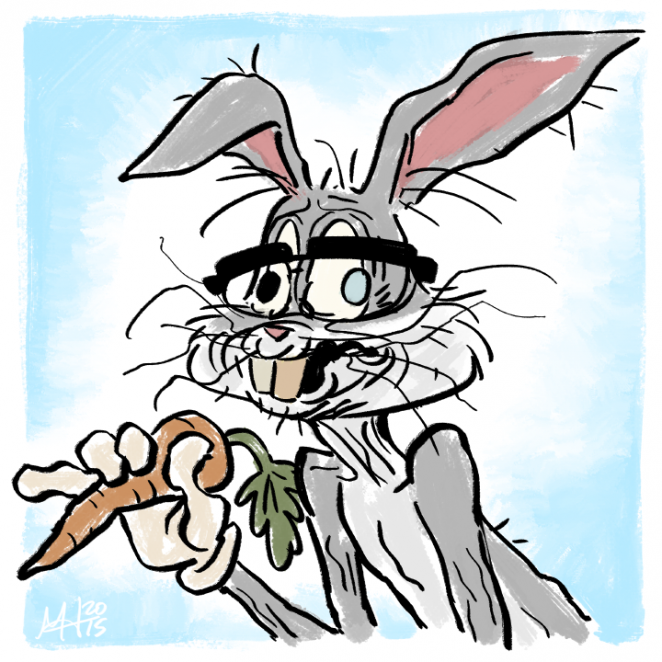 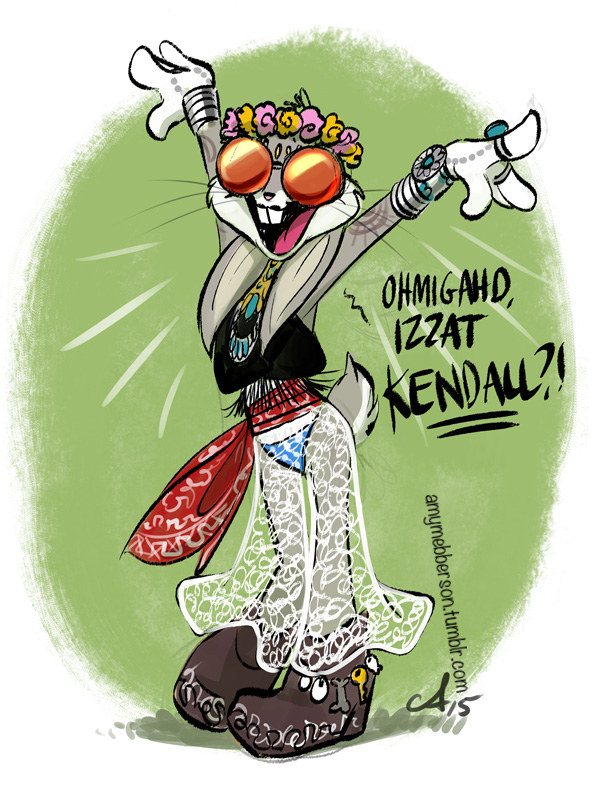 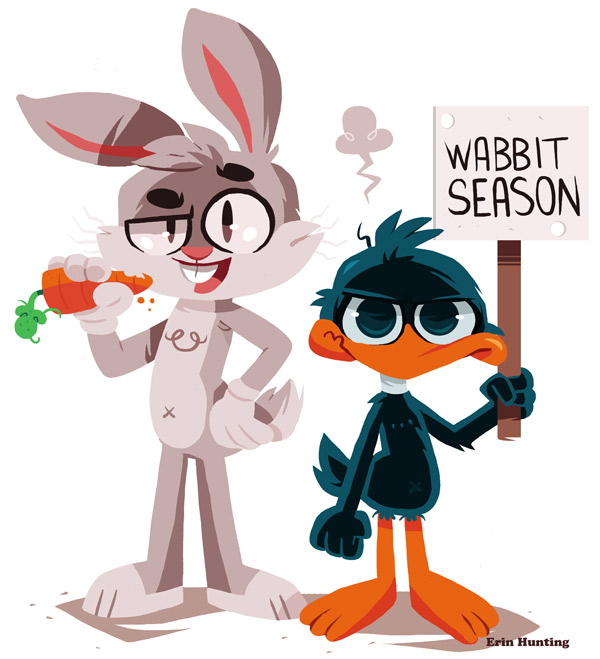 #StayHome: You don't need to go outside to craft amazing work

Creatives are already finding the strength to make amazing work from home. It doesn't happen every day to see a global pandemic take people off the streets. Readers and gamers have long awaited this moment to unsheathe their anti-apocalypse barbed...