New Land launched in 2014 and has since become Scandinavia’s most awarded production company with offices in Stockholm and Copenhagen. The new UK base will see its roster of directing talent represented in the market.

Below, Pillay opens up about breaking into production, what keeps her motivated and discovering New Land in London.

Tell us about your new role…

I’ve just opened the London office of New Land, which is a production company that was founded in Stockholm and Copenhagen. My primary role at the moment is introducing our roster of directors to the London market. I am of course also tasked with all the exciting and less exciting things about setting up a company.

How has your background equipped you for your current role?

I spent my early years in advertising at The Paul Weiland Film Co. It was sink or swim, and to be honest I pretty much doggy paddled for the first part of my nine years there, but got there eventually. Paul gave me an early opportunity to start producing, which was terrifying at the time, but he was incredibly supportive. I learnt so much from both him and Mary Francis, the MD.

I did have to develop a thick skin quite quickly, so there’s very little that surprises me now. I do love it however when things surprise me now, as that’s what makes the job and industry so exciting. 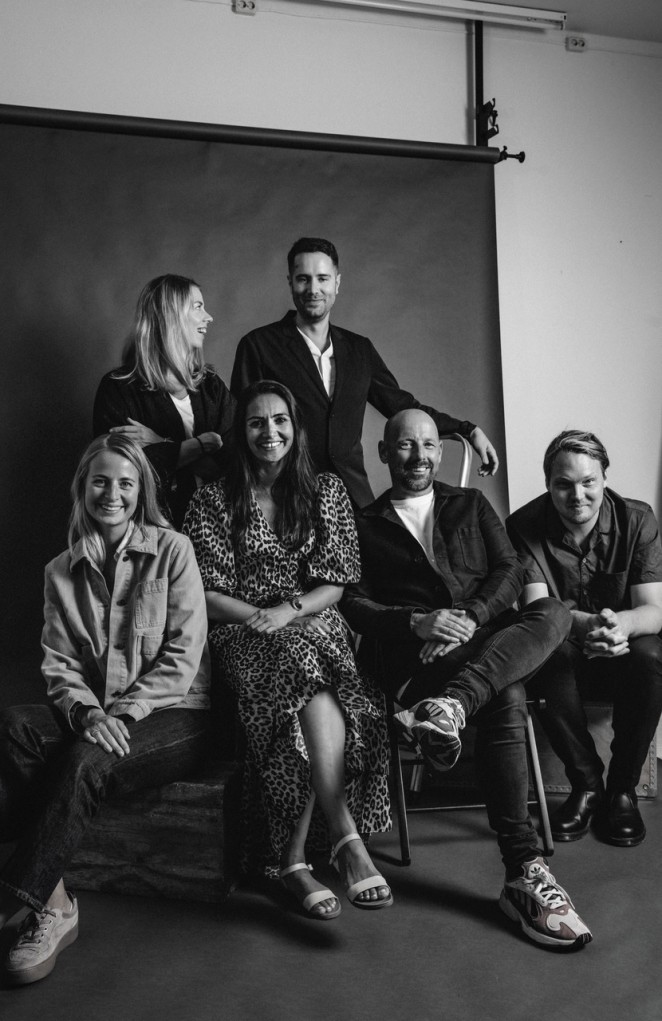 If you weren’t in the industry, what would you be doing?

I auditioned for the Royal Ballet School. I didn’t get in. But in an alternative universe I would definitely be a dancer. It’s my favourite form of self-expression. Unfortunately, not one that I can practise daily.

I’m not sure if this counts but I was street cast by the awesome director Kim Gehrig and made a cameo appearance in This Girl Can 2.

I love the campaign not just from a creative point of view but also because I love what Sport England is doing for women in sport. If they need my help again my door’s always open...

What’s your secret to staying inspired?

Exercising, dancing and playing sport. They force you to step away. To clear your mind. The endorphin rush reinvigorates you. I always do my best thinking either during a class or just after.

Our launch. That my partners have entrusted me with such a fantastic roster of directors.

Getting out of London as much as possible, anywhere with fresh air and lots of greenery… oh, and dancing when I can.

What’s your one big hope for the future of the creative industry?

Given what’s going on in the world, my biggest hope is that we aren’t stifled by fear and negativity. Instead we must use it to our advantage and grow.

Hype is a boutique creative communications agency with a distinctly hands-on approach that has been a valued member of the Creativepool community for many years now The agency’s commitment to collaboration and innovative storytelling was...

A clashing of cultures & the future of collaboration in the media

The emerging workforce spent their formative years collaborating through online services, competing in e-Sports, and solving problems remotely through their games console, mobile or tablet. They have got used to, and excelled at, creating,...