Futurebrand examine how the Brexit could damage “Brand Britain”

It's been over a week now and the creative world is still reeling from the effects of Brexit. But the real question going forward, is how this seismic economic shift will affect not only the future of the UK and its creative industries, but the reputation of our fair country. In short; the brand that is the United Kingdom. Futurebrand has certainly been asking these questions, and has been taking them very seriously indeed. Too seriously some might perhaps argue, but then, given the agency's reputation as the “Creative future company,” we expected nothing less.

Now that the UK has definitely voted to leave the European Union (though when that actually happens remains very much up in the air at this point), the agency has looked extensively at data from their global research into country brand and organisational perception strength in order to understand how far “Brand UK” and its largest companies stand alone, or depend on European associations. FutureBrand has drawn on two of its own global research studies to examine the ways in which the perception of the UK as a brand might adjust now it is outside the European Union. One study assesses country brand strength (the Country Brand Index) and the other explores the perceptions of the PwC top 100 global companies by market capitalisation (the Futurebrand Index). 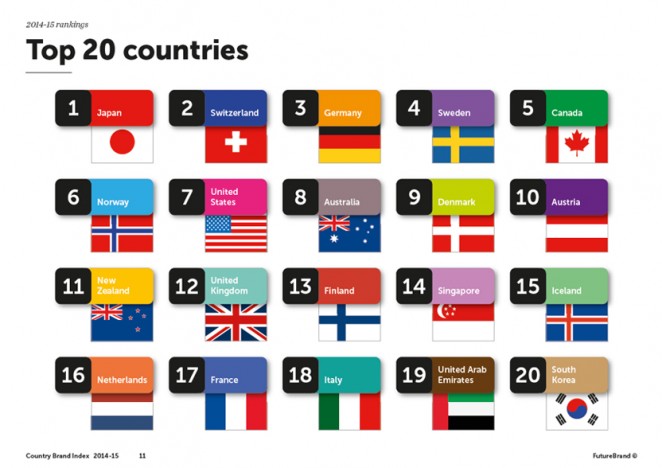 The UK’s country brand strength according to the research ranks at a lowly 12th in the list of top country brands, and is the 5th most strongly perceived country in the EU. The reasoning behind the list is that, if a country scores highly as a brand, it is more likely to draw tourism and be more attractive as a business partner. The perception of the UK varies depending on the various dimensions the study examined. One of the UK’s weakest perception scores is in “Political freedom,” but obviously, since the UK’s electorate decided to declare its independence from the EU, this perception may alter dramatically. However, one of the strongest scores the UK got was within the studies “Made in” sector, which assesses peoples’ perception of the quality of the goods the UK produces, which obviously bodes well for us post-Brexit. Currently, the study shows that the UK ranks 9th overall for the dimension “Would like to buy products made in that country.” If the decision to leave the EU does have a negative effect on demand or access to UK exports as the remain campaign claimed, however, this perception may start to weaken. The research also showed that brand UK relied on an overseas perception that it was a good place to live and study. If Brexit makes this harder or less attractive, then brand UK may be hit and its standing in relation to other country brands will be diminished. Other positive perceptions of Brand UK include its infrastructure, public services, heritage and historical points of interest. These factors do not necessarily depend on its membership of the European Union. This correlates with the fact that Switzerland and Norway both rank higher than most member states of the EU. 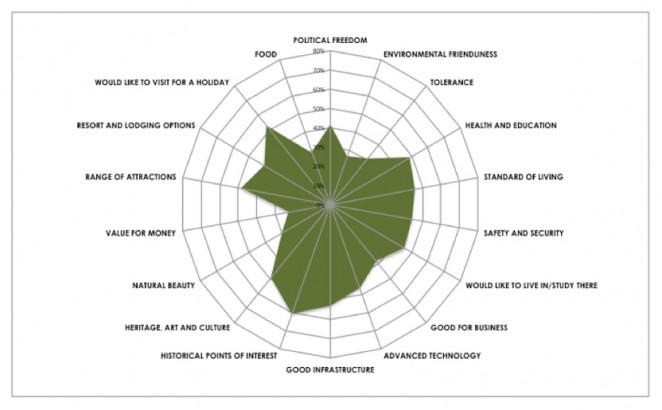 The FutureBrand Index is the second piece of research Futurebrand conducted and examines the PwC top 100 global companies. The results show the UK’s largest international companies are less likely to be seen as moving ahead in the next three years following the Brexit. The largest UK listed companies in 2016 are Unilever, HSBC, British American Tobacco, SABMiller, BP, GlaxoSmithKline and Vodafone. 3000 people worldwide were surveyed in May and were asked: “Where do you see these companies in three years’ time?”. The results show 49% are “Moving ahead,” 37% are “Standing still” and 14% are “Falling behind.” These results compare to a rest of the world average of 58%, 34% and 8%. Although FutureBrand did not ask in the survey why these perceptions are weaker they could be attributed to the uncertainty of the country’s future pre-referendum. Now the UK has voted to leave the EU and its position outside the EU starts to become clearer these perceptions may start to strengthen again. As ever, only time will tell.