Design for Living: a Room for London

As installations go, A Room for London is about as unique an example as you'll ever find. A one-bedroom apartment in the shape of a boat, it's perched high on the roof of the Queen Elizabeth Hall on London's South Bank. Chosen from over 500 entries from architects and artists around the world as part of London's Cultural Olympiad, A Room for London was designed by David Kohn Architects and Fiona Banner, and produced by Artangel, Living Architecture and the Southbank Centre. An incredibly ingenious and original design, it is arguably the most unique place anyone could ever stay in London. 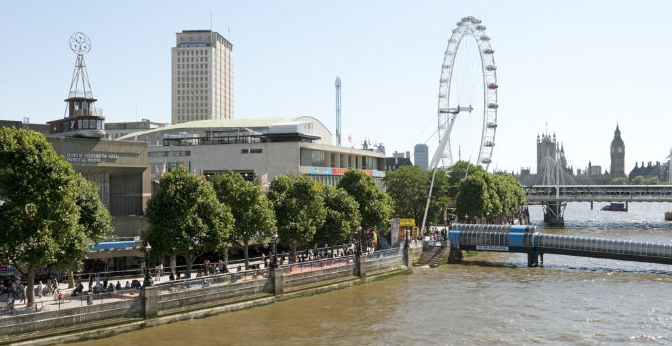 The apartment is available for rent between now and December. Or was, I should say; every single night for this year sold out in minutes. At £300 a night (meals not included), the experience isn't cheap, but I dare say that even a fairly modest room at the Savoy on the opposite side of the Thames could cost more than that. And it certainly didn't put off the punters who fancy a unique stay in the capital in any case.

The £300 price tag doesn't apply to everyone, though. If you're lucky enough to be a famous musician or writer (like Jeanette Winterson, say) then you might be lucky enough to stay there for free to be creative. Authors will work there for several days while they write a new work. At the end of their experience, a reading of the work will be recorded in the octagonal library and broadcast as one of twelve instalments of A London Address. 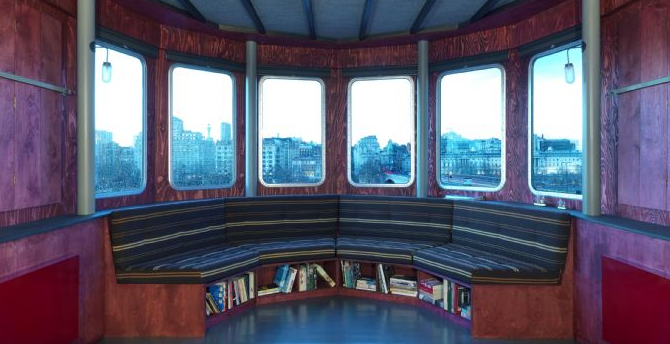 One musician per month will also stay in the Room. At the end of their stay, they'll give a performance called Sounds from a Room, which will be streamed to international audiences over the internet. Artists will not be left out either but they're not expected to knock out another Canaletto version of the Thames. Instead, their instructions are that they should use the opportunity to imagine something new that can be shared in an echo of the golden age of nautical broadcasting  by way of the digital space.

As to the boat itself, it is called Roi des Belges after the boat which Joseph Conrad sailed up the Congo before writing his 19th-century novel, Heart of Darkness. With its magenta and turquoise timber interior, it sits precariously atop the famous Queen Elizabeth Hall, as if it's just been washed up there by a tsunami right in the heart of one of London's bustling cultural centres.


If I were staying there, I doubt I'd do very much but sit and look at the view all day and into the evening, watching the world go by at various times of the day in this most privileged of positions. With the City and St Paul's to the right and the Houses of Parliament and London Eye to the left and high above my favourite walking route in London I could never tire of that view.

In fact, that is very much the point of the apartment. Residents are asked to complete an entry in the boat's log book, writing down what they saw, how they felt, what they thought... or even what cloud patterns they observed. The writing desk provides one of the capital's most stimulating vistas.

Architect David Kohn acknowledges the influence of revered architects Sir John Soane and Nicholas Hawkswmoor. The pyramidal steel mast makes reference to one of London’s architectural highlights, the spire of Hawksmoor’s Christ Church. Kohn wanted to create a unique and intimate space in which to enjoy the wider landscape of London, in the same way that a boat can feel small and isolated on the sea. "The interiors feel comfortable and you know what to do there, but it's not just an easy or twee kind of comfort. You are connected to the Thames, to a wider world, also to what one thinks of the world. You have a relationship to disputed, uncertain territory."

A Room for London is just one of six highly original residences designed by world-class architects available for rent across the UK. There are two in Norfolk, one in Suffolk and one in Kent, all available at considerably lower prices than A Room for London. Another will be available in Devon towards the end of 2012. For further information including prices and bookings, click here.