Descending into the Metaverse - 5 creative trends for 2022

Trends. That’s right, it’s that time of the year again where we all become wannabe soothsayers and cast our minds as far forward as possible to escape the gaping maw of sadness that is the present.

2021 has not exactly been a banner year for many of us. Indeed, for me personally, it gave even 2020 a run for its money. But it’s at least been pretty damn eventful. We’ve probably had more history happen in the last two years than in the last twenty. As a result, trends that might otherwise have stuck around and evolved have been and gone in what feels like seconds.

We can’t afford to stand still anymore. The culture is changing faster than we can handle and you can either grasp for the fringes of something concrete or be sent spiralling into irrelevance. And with that in mind, here are the five key trends I predict will be kicking arse and taking names in 2022.

See you all same time next year.

A lot of hot air has been fumigated over the success of TikTok in recent years. Much of that air and bile is focused on how the platform has taken the already svelte attention spans of our youth and compressed them down into a series of 15-second nubs.

I’m a 35-year-old man that has never even considered downloading TikTok but, when it comes to advertising at least, I actually see this as something of a mixed blessing. Shorter attention spans mean that commercially-focused creatives will need to elevate their short-form content, perhaps into the stuff of genuine significance.

2. NFTs actually do something exciting 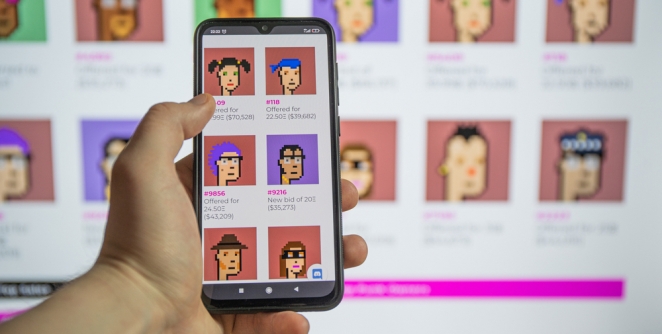 Anyone that’s seen the latest episode of South Park might chortle derisively at the very idea of NFTs. Indeed, many in the creative arts have already decried their existence. Ambient mood wizard Brian Eno, for example, recently declared that NFTs would simply allow artists to “become little capitalist arseholes”.

While you could comfortably argue that he’s proselytising from a place of substantial privilege, he does kind of have a point. Thus far, NFTs have been seen as little more than transactional totems. But what sir drone-a-lot perhaps fails to realise is that, if wielded responsibly, NFTs have the power to completely level the commercial playing field for creatives from all walks of life.

The power structures have shifted for creatives over the last few years and NFTs have the potential to give them a little of that power back.

The time has come for brands to seriously consider not just how their brands look and feel, but how they sound. In a world where audio is becoming an increasingly important marketing tool, this could prove beneficial for the brand willing to divert resources into a cohesive sonic branding strategy.

Most marketers are well-versed in the traditional branding tropes - colour schemes, logos, slogans and ad copy - and procedurally spend billions on them, but few seem to understand the innate emotional power of sounds and music when it comes to building a brand identity.

This is something they should rectify. Because by hitting the right notes, they could net themselves a far more diverse and engaged consumer base.

4. 60s and 70s psychedelia weaves its way back into fashion

If the style icons of 2021 (Harry Styles, Dua Lipa, Zendaya etc.) had anything in common it was their flamboyance and general air of nostalgia. Of course, when things are bleak (and have they ever been bleaker?) it’s only natural to retreat into the past and a period has rarely been more romanticised and idealised than the 60s and 70s.

What defined the devil-may-care fashions of the ’70s was an explosion of colour that sought to mimic the hallucinatory visuals one would encounter in a trance or hypnotic state. Today we see these same explosions in everything from fashion to typography and it will only continue to widen its reach over the next 12 months.

It’s all well and good, but let’s hope the bowl haircuts don’t make a comeback too. We’ve suffered enough this year.

5. We descend into the metaverse

It’s very easy to not take Mark Zuckerberg seriously. He is, after all, the human equivalent of vanilla - it might be ubiquitous but it’s nobody’s favourite. But one thing he does appear to have an inimitable grasp of is the way the culture is shifting. He has seen the writing on the wall more often and more clearly than most and, if he is to be believed, the future is now in the metaverse.

The Financial Times went so far as to call the Metaverse the “year in a word.” For the unfamiliar, it essentially refers to a virtual world where we live our lives (working, socialising and presumably fornicating) through avatars. It’s a beginner’s version of The Matrix and while there are all kinds of dystopian possibilities, I remain cautiously optimistic that it might present fresh opportunities for us creatives types and free us from the shackles of ‘location.’

And that’s it really. Oh and hopefully perennial edge-lord Bond villain Elon Musk will get in the fucking sea.