As we settle into the new year (nay, the new decade), Adobe has once again opened the doors to its Creative Residency programme for aspiring creatives hoping to turn their passion into a profession.

The Creative Residency is an annual, year-long programme that supports artists in the early stages of their creative careers; offering them an opportunity to build their dream portfolio and expand their skills while (crucially) being paid.

Each resident is supported with a full salary, health benefits, mentorship, free access to Adobe software and other project-specific support such as speaking and networking opportunities, all of which aim to make their vision a reality.

To gain a little more insight into exactly what the Creative Residency means and what it has to offer fledgeling creatives, I spoke to Adobe’s 2019 Creative Resident, illustrator Octavia Bromell.

Octavia took me through not only her own career progression since beginning the programme last year but how she found a way out of her battle with anxiety and depression through illustration. She also goes into what the residency stands to offer other creatives who might be struggling to “find a way in.”

Applications for the 2020 residency close on Wednesday 22nd January and I’d like to think Octavia’s words might inspire those on the fence about applying today. Because even the biggest journey starts with the smallest of steps. 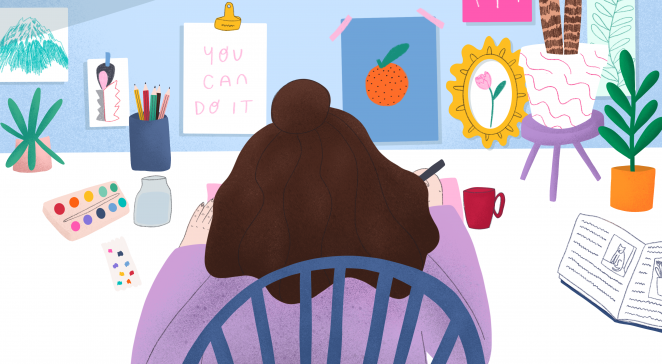 In your own words, what exactly is the Adobe Creative Residency programme?

The Adobe Creative Residency, in a nutshell, is a year’s funded work on your passion project. You stay living and working where you are and have a full salary and benefits to support your creative work for a whole year. But it’s also so much more than that – they help you find a mentor, build a sustainable career, maybe figure out exactly what that actually looks like to you, and introduce you to some of the most influential people in the creative industries. You also get to travel to the US once a quarter with the other residents from around the world, and to be honest one of my favourite parts of it is getting to be part of this global network of thriving young creatives. It’s wonderful. And the residency is open to all visual creative disciplines, so it’s a really varied group of talent.

The Adobe Creative Residency, in a nutshell, is a year’s funded work on your passion project

Can you tell us a little about how you first got involved with the programme?

I actually saw an ad on Facebook two days before the deadline last year, and so I spent 48 hours doing nothing but pulling my application together. I then had a number of interviews with the programme leaders who had flown in specially from Germany and the US before finding out I got the residency programme around a month later. 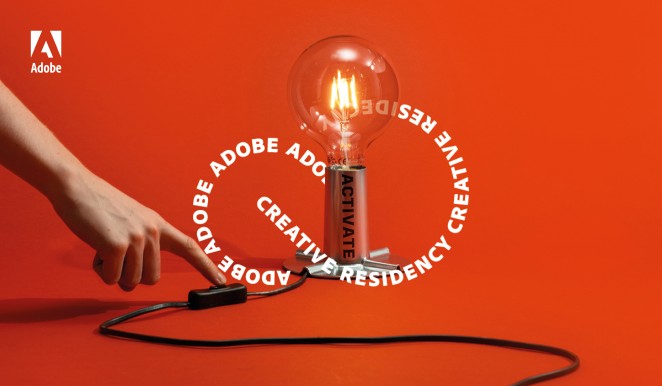 What has the programme personally meant for you and how has it helped your career over the last year?

The project I’ve been working on for the last year is called The Joyful Everyday, which is the concept that you can find happiness in the minutiae of everyday life, stemming from my experiences with anxiety and depression. I wanted to try and incorporate that experience into my work and my career, and it’s been incredibly fulfilling having the time and the space to do that. So on a personal level that has been amazing. On a professional level, the residency has been so much better than I hoped it would be! I’ve given talks all over the world on the topics of mental health and creativity, been able to work with companies whose products and services I have used daily, and been able to lay the groundwork to get the work and the clients that really make my soul sing! More than that though, I am so much more confident in myself, my work, and my goals. Which is totally invaluable.

What was the application process like for the programme? Was it quite intense or more laid back?

It was definitely intense. Everyone at the programme just wants you to succeed, and I think that comes from a genuine place, but there is some stiff competition so it definitely wasn’t laid back for me! But I don’t think that the process is any harder than trying to make a go of your passion while paying rent at the same time. The payoff is just so worth it, I wouldn’t have changed anything about the process.

Can you take us through the project that earned you the residency?

My project is perhaps a little unusual – most of the other residents are working towards a major goal, like completing a photo or YouTube series, or creating a pop-up book. But the project I pitched was that I would spend a year working on the theme of The Joyful Everyday. I really wanted to focus on growing my business skills and my career, and I needed the flexibility to do that built into my project. I would say that I don’t think there is a single resident, myself included, who ended up doing exactly what they pitched!  The project is more of a starting point – the hope is that you will get opportunities and ideas over the course of the year that divert you, in an amazing way!

I don’t think there is a single resident, myself included, who ended up doing exactly what they pitched

What is it about illustration specifically that drew you to it as a profession?

I actually studied music, and then journalism at university. I was halfway through a Masters in Magazine Journalism at City University when my lifelong struggle with depression and anxiety came to a head, and I had a total breakdown. I left London, where I’d lived for 5 years, and returned to my childhood home in Dorset. One of the toughest parts of being so unwell was that I had a complete loss of any enjoyment. Everything that I had previously loved didn’t make me feel anything or made me feel worse. I’d always been a creative person and so with the help of a good friend started trying out different crafts, like knitting, baking, pottery, until I kind of stumbled upon drawing, and found that I was enjoying it. This quickly became the only thing I wanted to do, all day, every day, and so that’s just what I did. As I started to recover, my illustration work started to pick up, and so I haven’t exactly had a conventional route into it. I often joke that illustration chose me instead of the other way round, but nearly four years down the line, I can’t imagine myself ever doing anything different. I love drawing, and it is a complete privilege to have it as my career.

Do you have any advice for young creatives looking to become residents themselves in the future?

I would recommend that you make your application look like your work! People underestimate the opportunity to get your brand across, and I think that’s part of why I ended up getting through to the interviews. A lot of past residents, including myself, have put our applications up on our Behance profiles so that can be a good point of reference. But just make sure that you’re telling them the really obvious things about yourself. Don’t assume that they will do any more research on you other than reading your application. Get all the good stuff in there!

Finally, how important do you feel initiatives like this are for the future of the creative industries?

I think that they’re incredibly important. I think it means a lot that heavy hitters like Adobe are investing the time, money and resources necessary to do this. And they aren’t half-arsing it either. The residency year has gone so much further above and beyond my expectations, and I thought it was going to be pretty good! It’s so important to nurture young creatives, and even more to let people know that doing your passion can actually be a really good business decision. This year has really taught me the value of your own creativity, and to worry less about where the market is. Art is so subjective anyway, if you like what you’re doing, the chances are that other people out there will too. 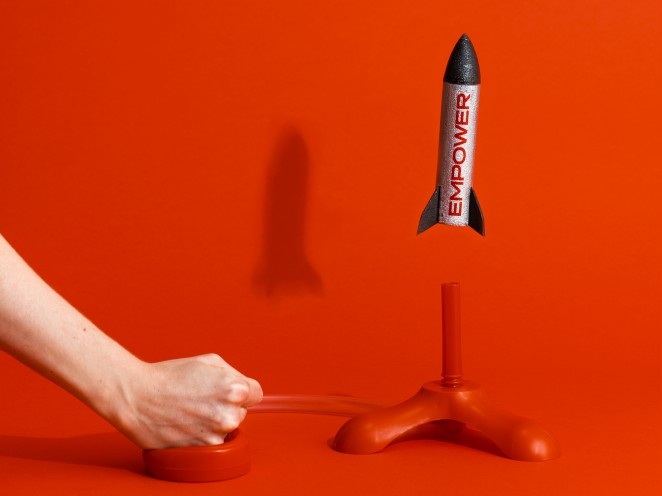 There is an ubiquitous misconception in the business world which I like to call The Myth of Endless Growth. It is by no means a fully fledged philosophical theory or something I should ever take the credit for, but it is real about any business; the...

Why you should stop accepting free pitches right now

When the results for the Q1/FY 2021 were released a few months ago, tales of recovery and hope started spreading across the industry, as optimistic figures of growth and recouped losses started popping up from the industry giants and beyond....