Creative Opinion: Why marketers should bet on short form in the long run with social influencers

With the launch of Spectacles it has made its first play into hardware in a bid to show innovation. Hopefully this venture will prove more successful than the Google Glass project, which is currently gathering dust somewhere in Silicon Valley. While Google’s vision was to create a ubiquitous computer, the Snapchat model is designed for a more throwaway purpose - to document your world view and share it with your social audience. Only time will tell whose view has a future. To be fair to Snapchat, it has had its fair share of innovation over the years, from the launch of Video in 2012, My Story in 2013 to Video Chat in 2014, but it has yet to achieve the recognition for this that other social platforms have enjoyed.

Yet innovation is only part of the story. Snapchat’s hefty IPO valuation is in part due to it shaking off its shady early image to monetise its platform and make it a marketing service as well as a tool to share racy photos with your friends. It has evolved to add public content to the personal messaging core enabling brands and publishers to develop a Snapchat element to their marketing campaigns. Around three quarters of users are familiar with the events, brand, celebrity and media content and available on the platform and with more than 10 billion daily video views - tapping into just a small proportion of this audience could reap great rewards for advertisers.

The rise of “influencer marketing” has been powered by social platforms such as Snapchat and peers like Twitter, Pinterest and Instagram but the way was paved by its forefathers Facebook and YouTube. The mighty Facebook is still by far the largest social media platform with a broad audience familiar with its intuitive interface - your grandma could figure out Facebook, which gives it scale but loses cachet with a younger demographic which are flooding to Snapchat and Instagram.

The original social marketing platforms lend themselves to long form content like videos - YouTube claims that 300 hours of video are added every minute and 100m hours of videos are viewed on Facebook every day. But this longer form content presents as much risk as opportunity for marketers. In my previous company, lifetube, we worked with some of CCE’s biggest YouTube stars, bringing them together with global brands to create content marketing specific for their audience. However, when we were looking at how to scale the business the complexity and human capital involved in globalising the offering proved too difficult. Language, syntax, context and culture are central to any video with a spoken word element, all of which requires a human filter (and manpower) to oversee. In order to automise, we looked at more image-led, low friction platforms like Instagram - one of the fastest growing platforms of the last few years.

The first wave of influencer marketing predominantly involved using the social media profiles of established celebrities or rising social media “stars” with huge online audiences. However, some of these super-influencers were surprisingly ineffective in campaigns, with reach and engagement hard to really track. It was the mid-tier influencers with audiences between 1,000 and 20,000 that, while smaller, were more intensely clustered around specific interests or passions that were proving to be more effective at engaging with audiences. However, without the talent management infrastructure employed by top tier influencers harnessing these mid-tier or “power-users” was unwieldy and expensive.

Technology now enables marketers to reach these influencers at scale, create and run creative campaigns quickly and easily and see results within hours. This automation of creativity en masse lends itself particularly well to image-centric platforms like Instagram or Snapchat where the potential constraints of language barriers don’t exist.

The exciting opportunity for marketers is that these platforms are moving away from just static imagery. Both Instagram and Snapchat have launched “stories” enabling a succession of related posts to tell a brand story and Instagram’s “Live Stories” is it’s version of big brother’s Facebook Live. This further evolution of short form platforms means the ability for brands (and influencers) to be more imaginative in their content marketing and so, more engaging to their audience. 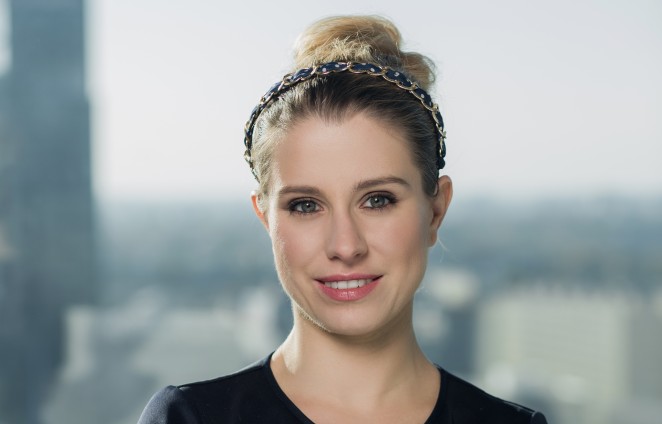 Barbara Soltysinska is the founder of indaHash, a platform which enables brands to reach millions of digital influencers instantly.