Creative Opinion: Brands can no longer afford to ignore diversity

Pam Grossman, Director of Visual Trends at Getty Images, explains how, whilst they have made significant progress, brands still have their work cut out for them if they want to champion true diversity.

Technological advances have opened the floodgates and exposed the mainstream to a more diverse body of people and perspectives than ever before, and in turn a Global Neighbourhood has arisen. However, while we’re making progress in terms of the more specific, authentic stories that are being told, research by Lloyds Banking Group has found a startling lack of ethnic minorities – less than 19% - as well as single parents and same sex couples, are being featured in advertising campaigns. Pair that with stats about who is creating content (only 11% of creative directors are female, for example), and it’s clear that we still have our work cut out for us.

In an increasingly socially connected and borderless world we should no longer make assumptions about what it means to be from a certain place or particular background. In fact, the more those with specific lived experience are able to drive their own narratives, ironically, the more universally those stories resonate, and the louder they ring true. 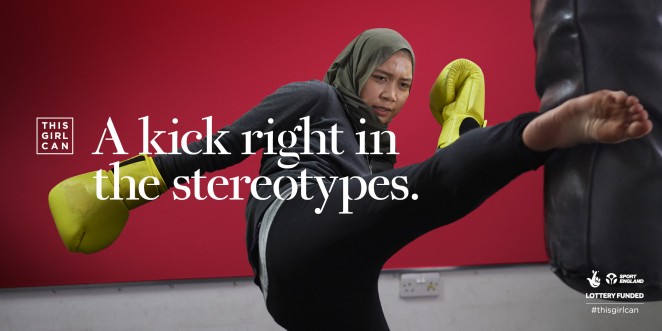 ‘Diversity’ is a buzzword right now, and it’s exciting to see companies that take it to heart. A lot of brands have been doing great work on gender equality, with P&G having recently launched its #WeSeeEqual campaign (below) and Sport England’s acclaimed ‘This Girl Can’ campaign (above) is a powerful call-to-arms for all women and girls to heed. These campaigns are vital for igniting conversations around gender bias and for replacing tired old stereotypes with impactful new visual paradigms.

But there’s a lot more that must be done. The advertising industry has a huge part to play in informing and educating, and celebrating diversity in all its forms; whether that’s socio-economic status, body size and mobility, mental health, gender and sexual identity, race, political views, age or religious beliefs. It’s an incredible opportunity to broaden audience, make meaningful work, and to shine light on those who are still too often unseen. More to the point, it’s a great responsibility that we all bear to show the world as it truly is: vast, varied and vibrant. 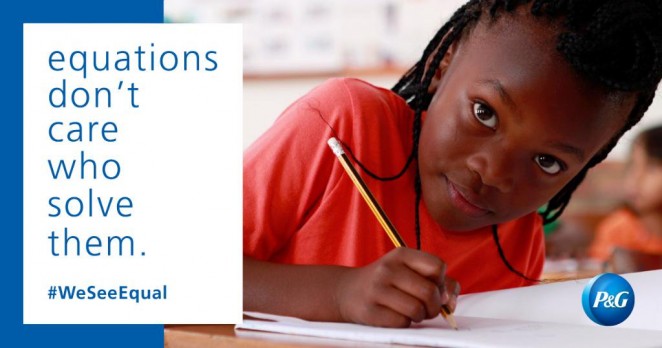 That said, many brands may have the best intentions, but we’ve also witnessed big missteps and mistakes. This can scare agencies into playing it “safe,” out of fear that they’ll somehow get inclusivity wrong. It’s an understandable thought process – better to stick to what one knows than risk offense – but it leads to stale, homogenous work that’s out of touch and rendering itself rapidly irrelevant.

One way to overcome this is to ensure that the people who are creating the content are as diverse as the people who are out in front of the camera. As part of our ongoing commitment to changing perception and fostering compassion through our imagery, Getty Images championed diversity at Cannes Lions in June – our panel, Seeing is Believing: The Power of Re-picturing Stereotypes, brought issues surrounding representation and content creation to the fore. During our Cannes debate, Netflix star Lena Waithe (below) perfectly captured what, in her opinion, diversity should be: “It’s not about seeing people of colour on the screen, it’s about actually having substance. The material needs to have a lasting impact. People of colour need to be behind-the-scenes too and not just used as props, to truly help change the scene.”

At Getty Images, we’re also forging partnerships that celebrate diversity both in front of and behind the lens. One such partnership is with Campbell Addy – a young editorial photographer who draws on his British-Ghanaian upbringing to celebrate race and individuality through his images.

We’re also collaborating with organisations that have a strong track record for making real world change. Earlier this year we announced a new partnership with The CALM Photography Movement to coincide with Mental Health Awareness Week, and launching an exhibition at the Getty Images Gallery. Titled Re-visualising Mental Health Problems, we aimed to spark conversations about masculinity, mental health and self-expression through photography. 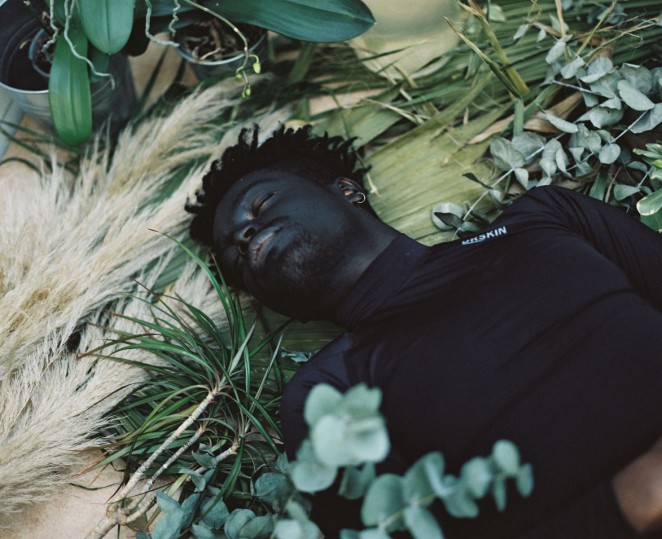 "The Search" by Campbell Addy

Through these projects and others, we’re committed to using the power of pictures to shift conversation and cast a wider net regarding who is visible and whose stories are being told. The more these varied images are created and seen, the more quickly they are normalised. And as a result, the more sharply our shared humanity comes into focus.