Creative Discussions: The verdict on Trump from Droga5, Cheil & more...

It's been 2 weeks now since D-Day (Donald Day) and our divided world has grown even more so in the ensuing noise, chaos and horror. The creative industries, however, prove ever resilient, and whilst my previous piece from last week regarding the implications of a Trump Presidency on Creativepoolers looked a little bleak, for balance, here I've collected a few more positive (or at least less resolutely negative) opinions from a few network leaders. 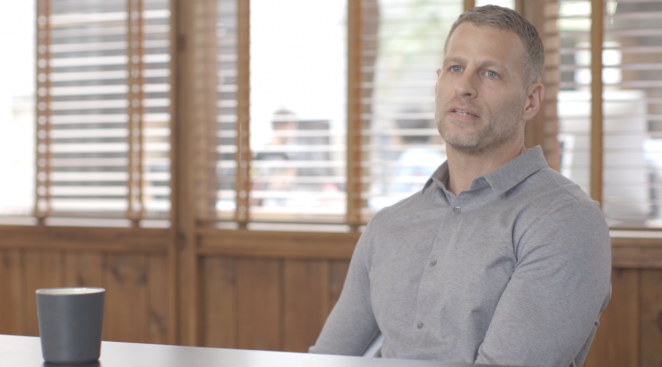 Manfred Abraham, founder of BrandCap, a brand consultancy based in London and NYC, feels that creatives will be more vital than ever before in Trump's America:

From a branding perspective America's creative industries will be instrumental in Trump's America. Creatives are instrumental in showcasing how a country is seen by other nations and how its population view themselves. Trump's America needs to reposition itself; it must deliver on Making America Great Again. Creatives are critical to securing that status. They have a massive job to do much like after Tony Blair won the election over here and more recently with Brexit. America has to be redefined as being optimistic and improving. Whilst many creatives remain shocked and stunned at the result; with a businessman at the helm it stands to reason that business will boom and creatives have the opportunity to be at the forefront of this drive. 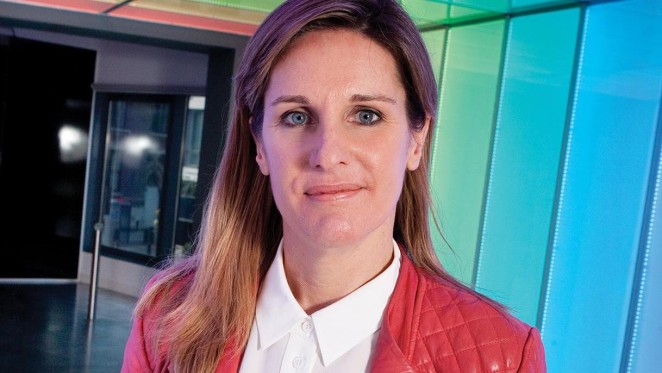 Caitlin Ryan, Executive Creative Director at Cheil London, meanwhile, thinks we should take a moment to gather our thoughts and proceed with caution before acting in haste and repenting at leisure. She has a lot to say regarding what President Trump will mean for the future of celebrity endorsements, women in the industry and more:

It is always tempting to predict major change after seismic events and sometimes it does eventuate and sometimes it doesn’t. There was a prediction after 9/11 that movies wouldn’t show explosions anymore and it would signal the end of creating violent games; clearly that never occurred. But there was also a prediction after Madeline McCann’s disappearance that parenting would become less free-range and more risk-averse. Enter helicopter parenting. So with caution I give my predictions of what this might mean for us and our product:

A new era in the role of celebrity endorsements: As an industry we have always clung to the effectiveness of borrowed interest – and with a Reality TV celebrity defying all the odds and becoming the President of the United States – I think we will see more. But the caution might be making sure the celebrity aligns with the cause. The star studded line up lending their sparkle to Hillary may have helped her win the popular vote – but the transparency of it angered the Trump voters and was possibly the catalyst that mobilized them into action. It could still be argued both ways that this was a win for old and new media. Trump is no virgin to TV, but not in the advertising format as we know it. He had 10 years of branding himself as a powerful decision maker in US living rooms and when spiked with the heady mix of Twitter allowing him to have an unfiltered and authentic voice – he was able to seek out an audience on well fertilized ground and create a populist stickiness that Hillary could never achieve.

A new era for brands in the vacuum left behind by failing institutions: This election was no poster child for politics. No matter who the winner, it is becoming increasingly obvious that the traditional institutions we used to rely on to give us guidance and purpose look no longer fit for purpose. Will this give brands an opportunity to step into the gap and become an even more important way for people to create their personal identity? I am no longer a card-carrying Lib-dem, but I carry my Waitrose Bag for Life with pride? For brands to effectively be able to create real meaning in people’s lives they need to follow an old but oft forgotten rule – know your audience. Not whom you wish your audience were. Know who they really are. To treat everyone as if they are just like you is at best foolish, at its worst – brand suicide.

Finally, I have to ask myself what a Trump victory means for women, both in the industry and how we portray them in our work. Will this be a reversal in the progress we’ve made? Will instead of pushing the numbers of female Creative Directors up – is this the start of a retreat? Do decision makers now have the permission they needed to accept that women don’t look the part of the traditionally alpha male role – ECD or President, so why pursue that agenda? I sincerely hope not but I do worry. 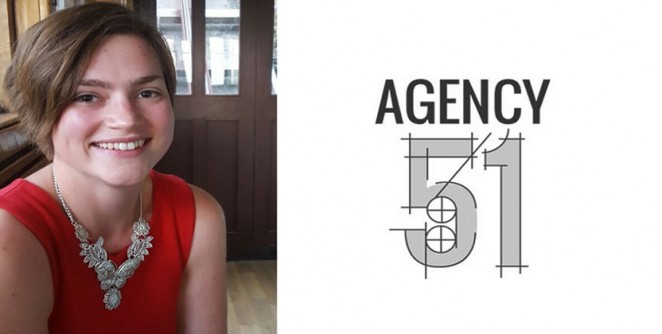 Katie Thompson, Content Marketing Manager at Agency51, muses on the role social media played in both the election itself and the subsequent fallout:

Social media has inevitably changed the face of democracy as we know it. In the final days leading up to the election, there was a feeling of uncertainty in the air as statistics suggested Donald Trump was “winning” social media; the final results only confirmed this. Following the result, social media was understandably lit up with reactions worldwide, the most notable of which were tweets from influential media figures, such as celebrities who were tweeting their anger, disappointment, and in some cases, threats to emigrate. The #NotMyPresent hashtag became the top trending topic on Twitter on 9th November, which was echoed by protests across the US. Similarly, Facebook group “Donald Trump is not my President” currently has more than 107,000 likes.

The statistics soon followed. It was not long before the final voting numbers were revealed, including one eye-opening tweet from George Takei. It displayed the results of the election in black and white, revealing Clinton to have had more votes than Trump. It simply stated: “The people elected Hillary, the system elected Donald.” It was re-tweeted 80,000 times. On 9th November, the top five search strings on Google following the words “how did” were: “Trump win,” “this happen,” “Clinton lose,” “Michigan vote” and “the polls get it so wrong?” From an analytical perspective, perhaps one of the most interesting effects from the election was the recent Google Analytics spam hilarity. Those looking at the language of their website’s visitors may have noticed a language listed as 'Secret.Google.com You are invited! Enter only with this ticket URL. Copy it. Vote for Trump!' Let’s hope this wasn’t what swung the final vote! 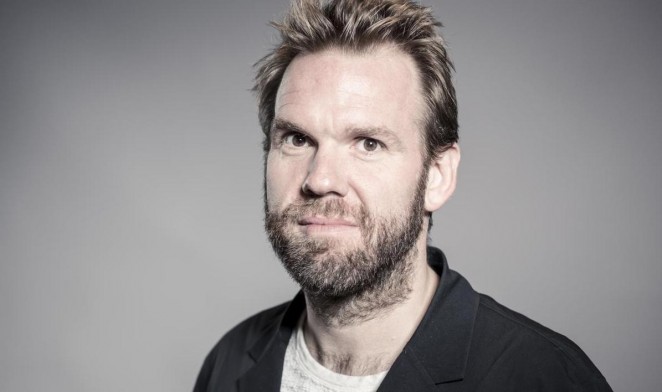 Artists love something to push against so the Trump presidency will likely be a boon for musicians, writers, filmmakers, etc. but I question whether it will have any effect on the world of commercial creativity. There's no historical evidence to show the work gets better when upper middle class creative directors are subjected to the tyrannical rule of a right-wing government. The only thing I wonder is if cause-based advertising will take a hit post-Brexit and Trump. While the industry has been headed down a path promoting inclusiveness and progressivism, if there is a growing vocal subset of the population frustrated by brands forcing political correctness down their throats, then we may see a bit of course correction. 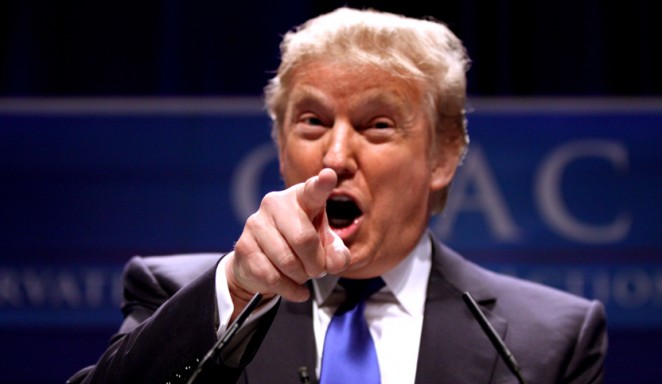 Ultimately, where you fall on the positive or negative divide will depend not only on your political ideologies, but on your innate optimistic or pessimistic worldview. I, personally, consider myself a realist, and as a realist I understand that it isn't the end of the world and that, for creative individuals, having something genuine and serious to rally against might actually prove to be a good thing in the long term. That's not to say it's going to be an easy transition though. Indeed, it could be argued that we've been spoiled by the Obama years, and have become complacent as a result. Maybe it's this complacency that allowed Trump to triumph? This isn't a political site and I'm not a political writer but politics is something that has a knock on affect with everything else in our lives, whether we like it or not. With that, I'll sign off with a final plea of tolerance and mediation. Don't fight against people who disagree with you; educate them to allow them to understand your point of view. Don't hold back your creative spark because you're worried it might not chime with the ultra right-wing ideals of Trump's America. Hate the cancer, not the patient. Also, above all else. Don't Panic. We're all in this together... kind of.