If you were to ask Andrew Lord how he came about to found an agency, he would probably answer that the distance between the oil industry and an animation studio is not so large as one may think.

We caught up with Andrew, one of the co-founders of Flipbook Studio, to talk about their present and past work, alongside dreams, aspiration and the beauties of being a production studio operating across different sectors.

Initially, I studied geology and geophysics at the University of Leicester before completing a masters in GIS (Geographical Information Systems) – I went on to work in the oil industry for five years!

My studies covered lots of coding and data analysis in the form of digital mapping, so I developed a good understanding of computers. However, I’ve always had an interest in film and animation and saw an opening as a producer at Red Vision in Manchester. That’s what got me into the industry. I then learned the trade at several other agencies before setting up Flipbook Studio with Ben Haworth.

I co-founded Flipbook Studio in 2010 with Ben who also worked at Red Vision, we started out in Manchester and we’re still here – our team is a lot bigger now though!

I like to think of my work as team-based, and because we’re a studio, we incorporate lots of different styles. We do everything from 2D animation and CGI to live-action VFX. Lots of the artists at Flipbook are generalists so they have skillsets in many different areas – unlike traditional VFX studios that have a pipeline of artists working on specific tasks.

We’re much less rigid. For instance, the animator might be able to model or rig at the same time.

Star Wars: Origins exceeds expectations for a typical fan movie, both in terms of production values and ambition – it’s a homage to the classic Spielberg films. 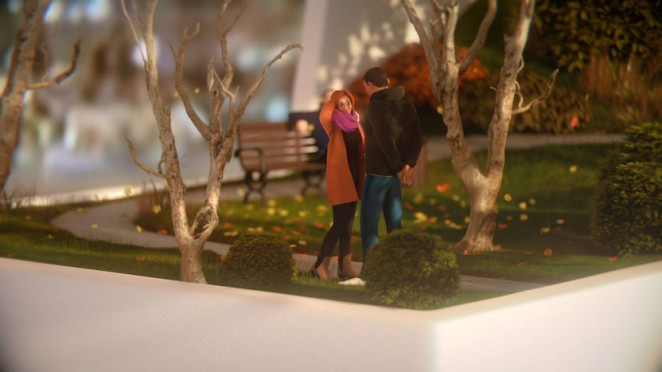 As we work across video games, advertisement and CG, we can learn and take ideas from each sector and pollinate them across other industries. That’s resulted in us utilising different and new technologies to stay innovative.

We’re constantly trying to keep up to date with the latest tech so that our art can be reformated and rendered for multiple channels. For instance, using VR for advertisements such as our work for Diesel and NHL. We also completed a 360, projected interactive demo for Microsoft. The way we produce animation is exactly the same as it’s always been, but we’ve learnt how to reformat it for different projects.

One issue I have with both the animation and VFX industry right now is the measure of success. Work should be mostly about good quality and creativity but it often comes down to cost and which country offers the best tax breaks or film funds. It’s often a race to find the cheapest areas. It creates problems and makes it harder for companies to stay competitive globally.

Working with innovative businesses and interesting brands that require our expertise to make something unique – that motivates us. Being treated as creative partners often results in great collaborations. TV Commercials are a big area for us, but if we’re creating a realistic CGI sheep that pushes the boundaries of our capabilities then it’s amazing.

Geology! I’d most likely be working in oil. I still have an interest in geology and geophysics and keep up with the industry to a certain extent. I still love the outdoors – which is ironic considering I’m cooped up in a studio, but I was often in an office working in geology anyway.

I wrote and directed quite a disturbing short film called the Bogeyman! It was a way of using animation as an antithesis to typical fairy stories with happy endings – It ended up being quite dark! We created the film in our spare time between projects. It would have been great to spend longer on it, but it did really well on the film circuit anyway. We still get reviews from fans on youtube now – it’s remained popular. 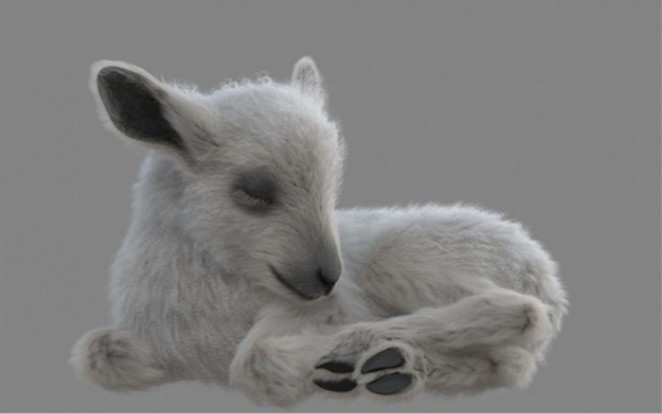 I spend most of my time with my kids and the family. I play football once a week too and try and get out on my bike for exercise. But going for days out with my family is a great way to relax and enjoy life outside of work.

The competition is greater than it ever has been and will only increase. But there are plenty of things that can be done to stand out. Brush up on your showreels, especially if you’re in motion – only use your best work and make sure it’s relevant to wherever you’re applying to. Utilise social media and update everyone on your latest work. Digital communication is key.

Contacts are as important as ever, you need to get out there and work on business development. While social media is a prerequisite, you need to network at events and trade shows – networking helped Flipbook hit the ground running fast. Lastly, research the client you’re pitching before the meeting. Don’t blanket pitch – clients are clued up on that, we get 100s of generic pitches every week.

I’d really like to emphasise governmental support. It’s such a massive industry in the UK, and even though it’s great we have tax breaks, they’re still not as good as other countries such as Canada. If other countries are offering better incentives then our industry can lose out. We also need to ensure that the arts are being supported at the education level. The creative world deserves recognition – and that’s from someone who studied science! Having worked in the industry you begin to understand how unsupported it really is.