Can a name change save a bad brand?

I have something of a conflicted personal history with Hermes. My long-suffering other half is a serial online shopper - one of many habits that blossomed over lockdown - so our local delivery driver has become a familiar face over the last two years.

The driver in question - let’s call him “Steve,” for argument’s sake - delivers for several nationwide firms, including Hermes. And without fail, whenever a package was due to be delivered via Hermes, there was a problem. And Steve was not shy in letting us know how he felt about his employer.

We’re not alone here, it seems. Indeed, Hermes has been dragged through the mud by the press and social media alike in recent years. There are even memes relating to the company, many of which I can legitimately relate to. Yes, in the days before Steve, we had parcels drop-kicked over the garden fence, stuffed into the hedge and even and one point literally put in the bin. 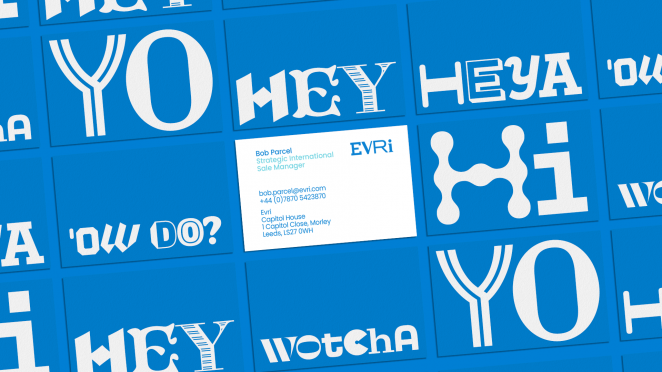 So it’s no small wonder that last week, it was announced Hermes was undergoing a complete rebrand and changing its name to “Evri.” The etymology of the name  - the phonetic spelling of “every” - supposedly emphasises the “diversity and multiplicity of the UK and its communities.”

But the reasoning behind the change is obvious - Hermes wants people to forget Hermes. And in the ever-connected information age, is a name change really enough to save a bad brand? 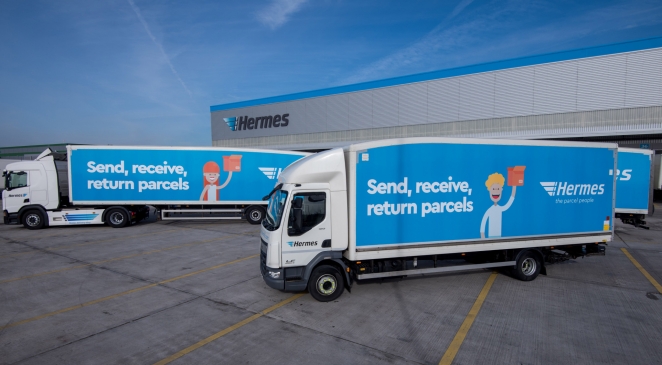 Let’s start by examining the rebrand itself. Undertaken by design studio Superunion and type foundry Monotype, the rebrand sheds the skin of the old courier almost entirely. The workmanlike branding of old has been replaced by a defiantly Millennial overhaul with sharp lines and a “fluid” font that has been described as “ever-changing.”

It’s an incredibly smart rebrand with a font that, according to Monotype, uses “variable intelligence” so that Evri can randomise the fonts of each letter in the logo for different uses – resulting, in practice, in potentially 194,481 different possible logo iterations. So, each van will have its own bespoke logo design and be recognisably Evri too. Thery're even sticking with the same bold blue colour scheme to ensure a lack of cognitive dissonance. Neat huh? 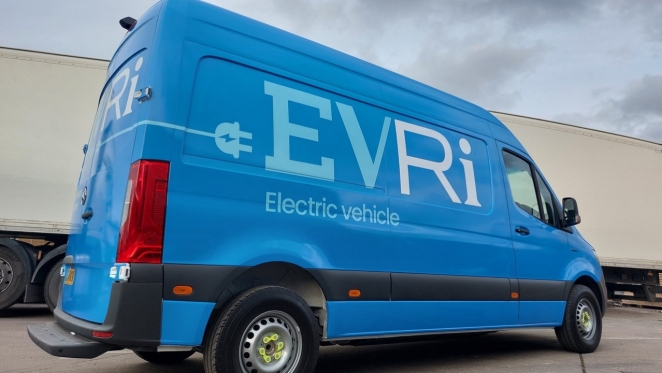 But history is writ large with such moves. Remember when the dull Opal Fruits your grandparents always gave you for Christmas transformed overnight into STARBURST!? And, more recently, when Facebook decided to go all-in with the metaverse and simply rebrand themselves as “Meta?” Did anyone forget the original brand? Hell no.

Honestly, Evri is fooling themselves if they think we’re going to forgive and forget that easily. But the rebranding does at least show they are trying to change and that should be commended. It could be decried by some as a cheap tactic, but anyone in design will tell you that a complete rebranding job is anything but cheap.

What’s in a name? You have to ask yourself what history would have looked like if Google would have remained as “BackRub.” But whereas some names are changed as the brand starts to evolve and outgrow its initial moniker, you have to question why a delivery company would change its name from the ancient Greek god of delivery to… Evri.

The reasoning here is simple - Hermes is a brand damaged beyond repair. The company came dead last in the Citizens Advice delivery firm league table last year and the name itself has become a punchline. The cord needed to be pulled.

It’s not without genuine change behind the scenes either. As part of the rebrand, Evri will open a new UK-based customer service team and recruit 200 experts based in local depots. It will also auto-enrol all its 20,000 workers into a new £7 million pension scheme in a move that has been welcomed by trade union GMB.

But is it enough to bury the bad blood? Rebranding a company amid a crisis or as a way to signal a shift in focus has been a popular corporate strategy for decades. But does it really help companies shed their image issues, or do customers see through the name change as little more than window dressing?

In the increasingly opinionated court of public opinion, there are no certainties. But I, for one, can see through the glitter. Can you

I thought this article was about a luxury brand and that your partner had a lot of handbags until I read down to the picture of the delivery trucks :)

Ultimately their actions, an improved delivery experience, need to speak louder for their re(brand) to have any meaningful impact on transforming consumer - brand perceptions and reverse existing negative sentiment.

My personal experience just this week confirmed unfortunately this is not the case (yet). The old adage is you can't polish a turd is still evident here!