Amnesty International - using creativity to change the world since 1961

Amnesty International, since its beginnings in 1961, has been the champion for human rights and justice in the streets, through letter writing and, most of all, through creativity. To mark our studiocrowd brief that searches for creative ideas to tackle the worrying and dangerous rise of demonising politics, we’ve compiled a list of the most creative fights against injustice in the past few years from Amnesty’s International Secretariat and sections around the world.

August 2012
Amnesty UK hosted Stand Up For Freedom at the Edinburgh Festival 2012 to encourage texts from festival goers to demand the release of protest band Pussy Riot, who were at the time detained for ‘hooliganism’. Some of the comedians wore the colourful balaclavas synonymous with the band during largely improvised performances and the infamous Royal Mile's "flyerers" donned the balaclavas for an impromptu flash mob. 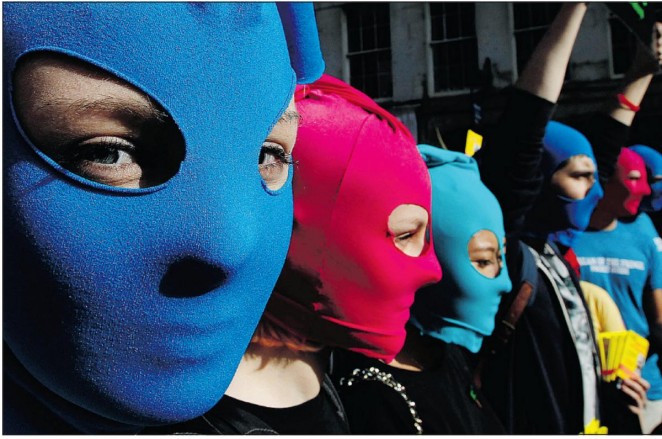 March 2014
Amnesty International Australia ran a Tinder Takeover in March 2014 to highlight women’s rights, based on an idea from creative agency Circul8 that looked to target the youth audience and draw attention to the lack of women’s rights in places like Afghanistan, Mexico and Saudi Arabia. The campaign won a Webby Award for Online Guerilla & Innovation in 2015. 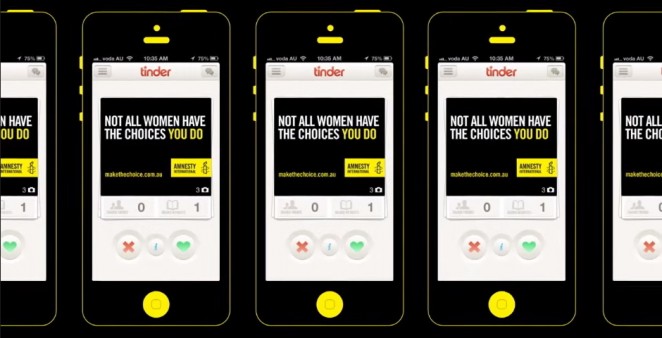 April 2015
The worrying death toll in the Mediterranean seas and the UK’s “shameful” response to the crisis was highlighted by Amnesty UK members and volunteers local to Brighton in 2015 in a bid to urge the prime minister at the time, David Cameron, to reinstate the search and rescue operations. 200 body bags were laid out on the beach next to a banner saying #DontLetThemDrown. Between 1988 and 2014, 22,000 people are estimated to have drowned while trying to reach Europe and escape the wars at home. 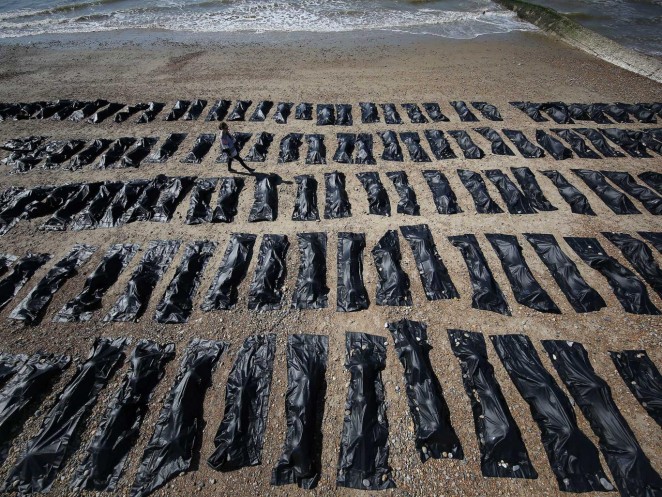 April 2016
Amnesty Poland and DDB&Tribal created Look Beyond Borders in April 2016, based on the theory that four minutes of uninterrupted eye contact increases intimacy. The video sees refugees from Syria and Somalia sitting opposite people from Belgium, Italy, Germany, Poland and the UK, and the results are heartwarming.

“It takes a heart of stone to watch this video without shedding a tear. Today, when the world appears rife with division and conflict, it is always worthwhile to look at everything from another person’s perspective. Too often, what gets lost in the numbers and headlines is the suffering of actual people, who, like us, have families, friends, their own stories, dreams and goals. What if we stopped for just a moment and looked at who they really are?”
Draginja Nadażdin, Director of Amnesty International Poland.

Today
#GiveaHome invites thousands of artists to play in hundreds of homes all over the world to highlight the peril of the millions of refugees who’ve been forced to flee their homes. In collaboration with Sofar Sounds, the global movement bringing the magic back to live music through hosted gigs in intimate spaces, the initiative has already won accolade from the likes of Richard Branson and includes secret gigs from Kaiser Chiefs, Daughter, Gregory Porter, Hot Chip and Jack Garratt as well as hundreds of intriguing Secret LineUps. Find out more about this global concert here. 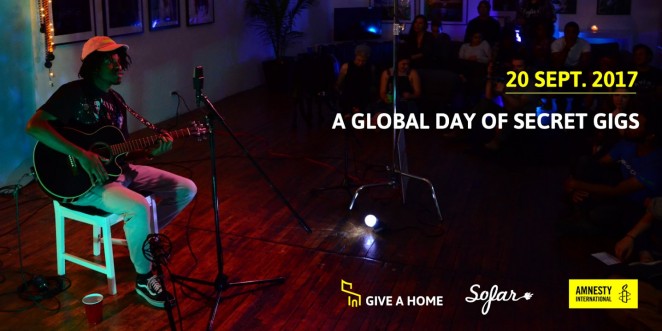 The Future
If you think you have a similarly groundbreaking idea that can help create an environment where policies pursuing freedom, justice and equality can flourish, check out the Amnesty International studiocrowd brief here. Whether you're a filmmaker, creative director, account manager, event coordinator, graphic designer or just someone with an idea that might just help change the world for the better, we invite you to submit your concepts and tackle this dangerous trend.

“Today’s politics of demonization shamelessly peddles a dangerous idea that some people are less human than others.”
Salil Shetty, Secretary General, Amnesty International