6 ways brands are getting Gen-Z wrong

Nineties or millennials, noughties or baby boomers, it is no secret that all generations have their myths and prejudices and marketers have to overcome these to make sure they're tailoring their offer appropriately.

We've had the chance to learn from digital experience design agency Critical Mass about  why brands are not understanding their Gen-Z audience and what marketers can do to put a patch on it.

We decided to let digital strategist Kathryn Nixon take the full stage to share her views from Critical Mass. Here are 6 ways in which brands are getting Gen-Z wrong. 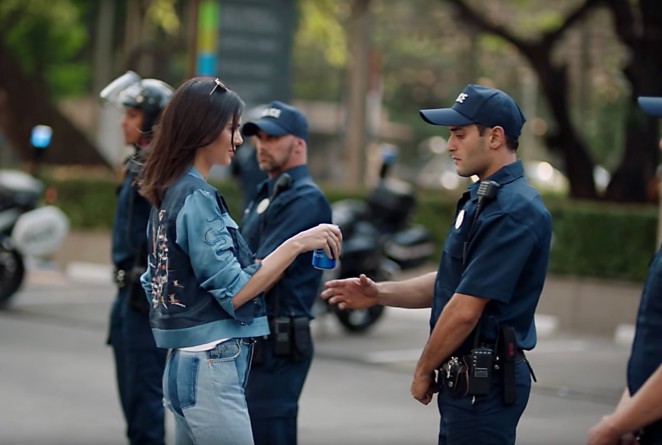 6 myths that prove brands are getting Gen-Z wrong

My team and I ran some research into the headspace of competitive Gen Z athletes and busted some myths about this misunderstood generation along the way.

Before we get to the juicy nuggets, we should talk about who Gen Z is, demographically speaking. Depending on who you ask, members of Gen Z were born on or after 1996. Using the usual 15-year block as a frame, they’re between 9 and 23 years old now. It helps to remember that even though we're in the habit of viewing teens and 20-somethings as millennials, more than half of millennials are over 30, and some are about to turn 40.

With that settled, let’s dive in.

Myth #1: You can lump Gen Z together with Millennials

We can’t say it enough: members of Gen Z are different than Millennials in a variety of important ways. In fact, our Gen Z friends would be horribly offended if they knew how often marketers grouped them with their millennial counterparts, who are arguably the “most iconoclastic, self-absorbed and grandiose generation in history.”

They also don’t really resemble their Gen X parents, "a relatively small, jaded generation that came of age in the post-Watergate, post-Vietnam funk of the 1970s, when horizons seemed limited.” (Both of these marvelous descriptions are taken from the New York Times). Gen Z is much more like their great-grandparents, the “Silent Generation,” who grew up during the Great Depression of the 1930s and WWII and went on to become the hardworking careerists of the mid-twentieth century. This is likely because of the relatively tough times Gen Zs witnessed as children—the financial meltdown, the Great Recession, and continual military conflict.

Myth #2: Gen Z has been coddled and doesn't have the work ethic to get them where they want to go

Let’s be clear: hard work is a really big deal for Gen Z in general. They work hard, they're focused, and they know how to network to get ahead.

This is especially for the young competitive athletes we spoke to. We found they were much more likely to be motivated by well-earned self-improvement than getting noticed or showing off. Gen Zs are also not interested in a participation ribbon. They want to work hard in pursuit of actual physical accomplishments, and they’ll only celebrate the win when they earn it for real.

Myth #3: Gen Z is too young to genuinely embrace altruism and bigger-picture thinking

In an ironic twist, Gen Zs managed to take the feel-good, purpose-driven vibe of Millennials and combine it with hard work and ambition.

They also put their money where their ideals are. According to a 2017 study from Toluna, about 50% of Gen Zs are willing to pay more for products to ensure the money from their purchase supports a good cause. 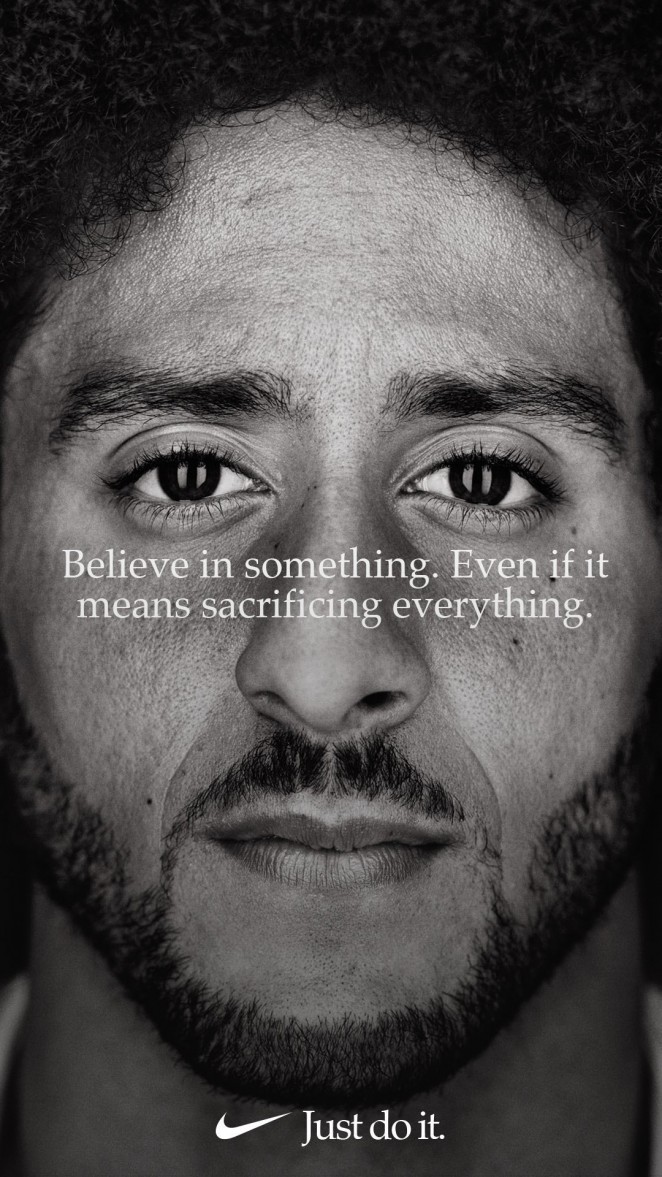 Another great example is Nike’s Colin Kaepernick campaign. Not only did Gen Z engage strongly with the campaign, but online sales also grew 31% a few days after the campaign’s launch, despite protests and rejection by older demographics, according to IPSOS. Of the young athletes we researched, 67% said they wanted to see content that aligns with their values. Similarly, when we started looking at their motivations for using an app used to show off their athletic skills, we discovered they were just as interested in using it to mentor younger athletes as showing off their own skills. These folks are as selfless as they are driven.

Myth #4: Gen Zs are so over-scheduled with extracurriculars they have no time to be well-rounded humans

In addition to improving the world around them, Gen Zs also want to improve themselves. While the wellness industry is booming thanks to an overall uptick in the value consumers are placing on self-care, personal improvement, and holistic lives, living a well-balanced life was a big deal for a majority of Gen Z competitive athletes in particular (74%), who credited athletics with helping them live a more balanced life.

Gen Z appears to have tamed their use of tech better than other generations. Just because Gen Z is the first fully mobile-digital generation doesn’t mean they are online 24/7. Being born into an unremittingly digital world has caused Gen Z to worry about the balance between their online and IRL lives. As a result, they maintain a strong focus on offline activities; 68% percent of our Gen Z athletes said part of why they value athletics is because it helps them reduce screen time. When they are online—and don’t get us wrong, that’s still a lot—they try to keep it real. We see the younger generation gravitating towards social platforms that allow them to create and consume content that is comparatively unfiltered, things like Snapchat and TikTok. 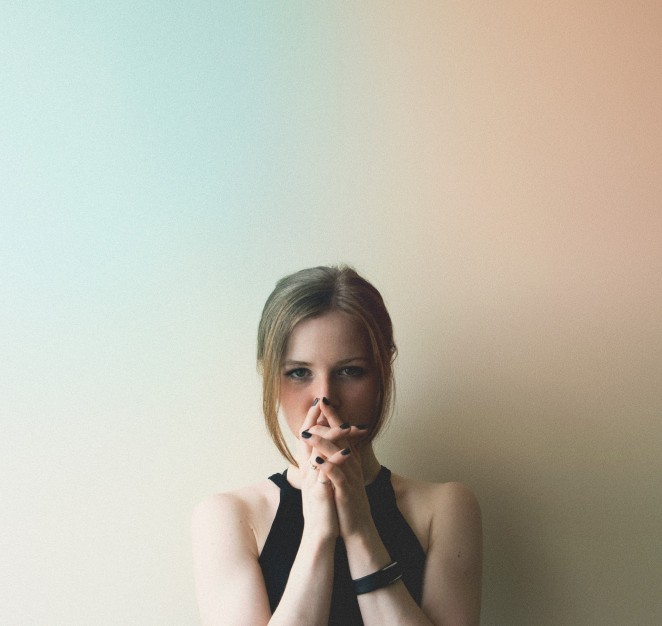 Despite some well-publicized instances of younger kids getting themselves into trouble, Gen Z is collectively pretty savvy about the dangers of over-sharing. They’ve learned from the mistakes of millennial predecessors and want no part of that.

They know what content is safe to share on which channels (party pics are for peers on Snapchat, not your aunties on Facebook). And they often maintain multiple identities on a single platform. One account might be their public persona; one shared profile for a home to inside-jokes between a group of friends; an Instagram dedicated to sports; and of course, a finsta—the “fake” Instagram profile that is home to embarrassing videos of unflattering selfies for the eyes of a few besties only.

With all this social media content, Gen Z is soaking up a ton of information every day. Google’s It’s Lit report articulates the downside: they are less likely to retain information for the long term. Just as we see the news cycles shortening, so are the brand cycles. They may be selfless, but you better act fast to catch their attention.

What can marketers do to connect with Gen-Z?

If you’re a marketer trying to connect with Gen Z, here are our top tips:

Be also sure to offer a way to integrate your offering into their overall life or lifestyle. They tend to use the rigors of competitive training to actually bring MORE balance to their lives, and being well-integrated people means they expect that from brands they like.

Speak to their need for purpose, but also show them how you’ll help them do something with it. We know they’re purpose-driven, but they’re also ambitious. Combine both for maximum impact.

Even extremely focused, Gen Z values a balanced life. You can put in extreme effort without living in the world’s extremes.

Lastly, keep it real. Honest messaging and raw creative will resonate with Gen Z. It will also break through the clutter of marketing messages currently crowding their feeds.

10 ways to fend off freelance loneliness in 2021

Happy new year, freelancers! Surely 2020 has been an interesting one for all of you, in both good and bad ways. After an initial discouraging time of radio silence and cancelled projects, it seems that some clients are finally starting to come back,...

President Biden may want the US to make a fresh start but he knows, as we all do, that Trump’s term will continue to be a stubborn stain on the red, white, and blue for years to come. A term that began with a promise to stop ‘American...

Should we even go back to normal?

There’s this golden rule in journalism saying that any question-based headline can inevitably be answered with a ‘No,’ and thus instantly become uninteresting. I’m going to save you from all the mental stress: no, maybe we...