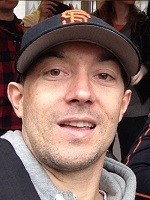 "We are a small interactive company that cares about making things good for our clients. Our motto is keeping it clean/fun because both are equally important."

What do you actually do?
Everyday is different and my role is currently in flux as we have had a great year of growth, but I spend about 10% of my day putting out fires, 20% of my day answering emails, 20% talking on the phone with clients, 30% working with the designers on creative directions and making sure things are up to quality. The rest of my 12+ hour day is split between talking to coders to make sure everything flows the way it's intended to and creating solutions.

What would you be doing if you weren't doing that?
I used to make snowboard movies I liked that a lot, but I realized the parts I really liked was the interviews I would produce video interviews for magazines and TV shows.

How did you get started in the industry?
I worked for two video magazines (snowboarding and music related) as a producer/camera man after I graduated college. After they both went out of business 1 month apart from each other I decided those flash skills I learned in school should be put to work. I moved to San Francisco right after the dot-bomb and there was still a really progressive flash scene there that was a great environment to come up in for a hungry creative.

What's your current favourite piece of creative work at the moment?
I often get inspired by the simplicity of print work lately because it doesn't play as well online, the guys at mine are killing it. The reach details of momkai's work are really inspiring. I generally look at behance and find the shiny piece of inspiration from there everyday, I like to follow people's body of work and style rather than specific pieces of work. (If I must answer the pre-loader on the monet2010 had me enthralled for months so elegant but so unexpected) 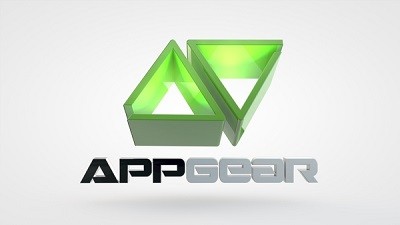 What do you love about your job?
I enjoy working with various designers and leveraging the right person for the right client. I used to love putting new work live but by time dev and QA and everything else is done I'm already on to the next piece, I have to really buy in and believe in the project so my life changes a lot based on the project

If you could give one piece of advice for someone starting out, what would it be?
Don't be complacent, if you have an idea speak up and most importantly hang out with other talented people. Your friends are the ones who drive you get you connected and have real feedback for you.

If you have one Super power what would it be?
Flying would be fun but not having to sleep would be very helpful.

What do you want to be when you grow up?
I once asked my mom if there was a job where you could just sit around and think of cool stuff, she said no… sorry mom you were wrong, it's called an interactive creative director (pro snowboarder was a close second).

What was your worst job and what did you learn from it?
I had multiple bad jobs after college to finance being a video producer, the hardest part was when I had opportunities to leave them for the filming gigs was that I had to take the leap and go for it or you can't make it.

You have already worked with some amazing brands, who would you like to work with next?
I would love to work with burton directly; it is such a well crafted brand with passion and authenticity. Working with people and brands who know who they are and what they wanted to achieve are the best client they tend to want to collaborate for the best solution they really let you color outside the lines.

Your favourite app?
ESPN (I have to know the SF giants scores)

Too Cool for School or too School for Cool?
I loved college I had a great time and I really had to grow up, high school was eh, I was studying because… but once I took that elective flash course in 1999 I knew what I wanted to do, make animations to God save the queen by the sex pistols. It was an accident I took the class but the best mistake I ever made.

Facebook or Twitter?
Business or pleasure. I want to see my friends their pictures and relevant status updates on Facebook. Twitter for business I want transparency, tracking and a way to engage with my audience. In person is better than either.

Eat In or eat out?
Eat out; my wife is a foodie so I get excited to see what new things are popping up.