London Mayor Sadiq Khan is lobbying the Government to turn the Thames Estuary into a major hub for the creative industries. The proposal, which posits the Thames Estuary as “a global centre of excellence for the creative industries,” even spreads its wings outside the capital, considering the entire Thames Estuary, which stretches all the way to the coastal gateways of Essex and Kent. Several schemes have been identified as part of this “master vision,” and the Mayor has worked with South East Local Enterprise Partnership (SELEP) to set out plans for seven London boroughs in addition to Kent and Essex.

A document outlining a vision for the initiative has been submitted to Lord Heseltine, head of the Thames Estuary 2050 Growth Commission, which is working to identify a series of large-scale infrastructure hubs for the Government. These are expected to be developed on a similar scale to the industrial infrastructure of Canary Wharf in the 1980s. The Mayor’s office has said that its proposal is inspired by the manufacturing legacy of East London and the Thames Estuary, while it also recognises that the creative industries are worth £35 billion to the city’s economy. A spokesperson for the Mayor’s Office also said that, following Khan’s written proposal to Heseltine, he will embark on a feasibility study to give the argument more weight.

There are 1.3 million people working in the creative economy across the London and the South East. The proposal cites the UK Commission for Employment and Skills’ prediction that 1.2 million new workers are needed in the sector over the next decade. Rising land values, rents and business rates; the lack of large scale, cutting-edge production space and artists’ studios; as well as skills shortages, are cited as factors, which could potentially curtail the growth of London’s creative economy. Broadly, the proposal includes the provision of creative production facilities for building, innovating and testing new ideas, supporting growth, championing a low carbon economy, providing job opportunities and investing in a skilled workforce. 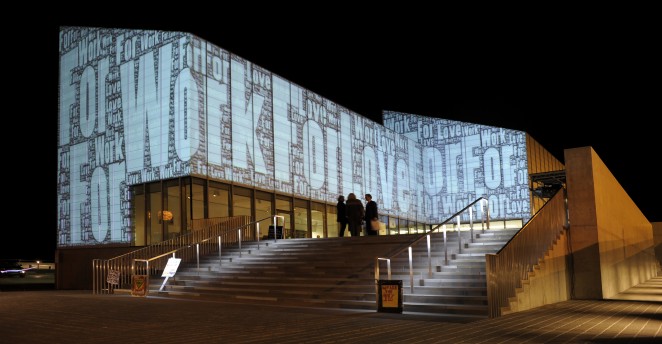 Particular proposals include a state-of-the-art facility for manufacturing large-scale artworks and sculptures in Silvertown, where the UK’s largest 3D printing centre would be created, as well as a new national centre for experiential arts in Woolwich. A creative and digital hub to support opportunities including digital knowledge, skills and training, and studios is also outlined, plus a new home for digital creativity and gaming at the University of Essex, Colchester. In Kent, a new industrial research laboratory for prototyping, skills development and production across multiple creative disciplines is proposed and it will also act as a hub for the freelance workforce. There are also proposals for a national theatre-making studios complex in Bexley and London’s largest film studio complex in Dagenham. The proposal also argues that the creative industries are the least at risk from being scuppered by automation processes, according to research from Nesta. 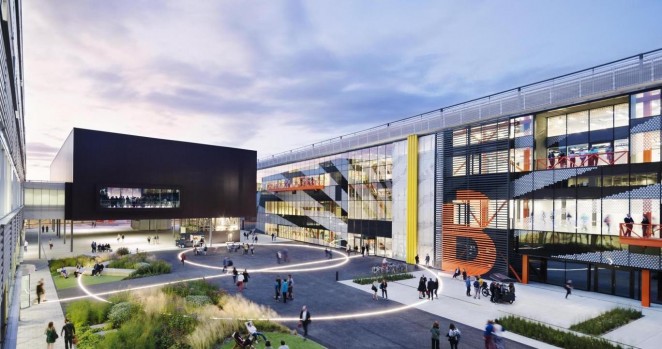 Sadiq Khan said: “London leads the way across the whole of the creative economy – from fashion to film, design to gaming, performing arts to the visual arts. It’s only right that we build on this success and transform the Thames Estuary into a world-class centre for creative production – leading global innovation, developing the talent of the future and cultivating world-changing ideas.” The scheme has also been recognised by chair and founder of the Creative Industries Federation, Sir John Sorrell, who added: “The Thames Estuary offers an exciting opportunity to ensure that the creative industries remain the fastest growing part of the UK’s economy.”

Great to see momentum and energy to develop initiatives for the future of our creative industries.

Yes and more yes! An accssible, creative hub, akin to London's financial and commercial hubs! Imagine making creative knowledge available to anyone via a free lecture hall which draws from all industries alongside affordable, innivative small business.. Exciting idea! Lets hope we dont need another gang of high end marketing agencies to pay the rent!

Amazon is planting deep roots in London soil, with the online retail behemoth recently announcing plans to double its recruitment for research and development roles within the capital as it renews its focus on video and streaming services. The move...