As a self proclaimed 'festival veteran' I like to think I've seen it all. I've seen 50 Cent pelted to within an inch of his life with piss, I've seen grown men weep into their lukewarm lagers as Radiohead finally give in and play Creep after almost a decade and I've seen tents swept away on literal tides of excrement. One thing I've learned is that these are events that will never cease to amaze me, and there is no festival quite as amazing (in the literal sense) as Glastonbury. 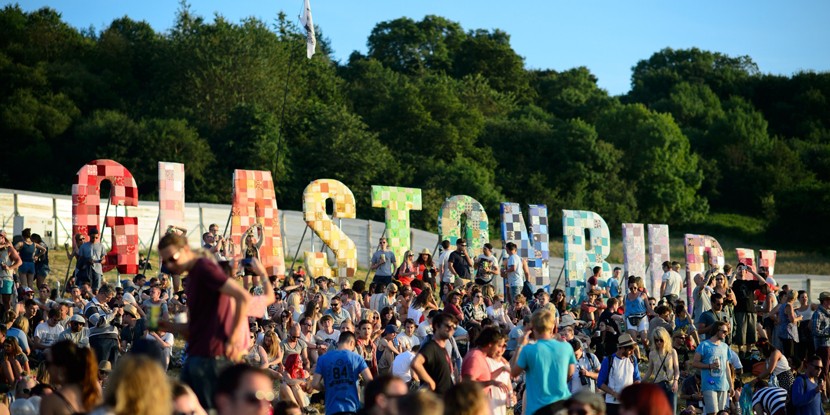 Often referred to in revered tones as the “Mother of all music festivals,” the Glastonbury Festival of Performing Arts has become a Mecca for music fans in the UK for a number of reasons, not least amongst which is that it's seen as a right of passage for any self-respecting gig fanatic. It's also undeniably cool, more so than perhaps any other major festival in the over-stuffed summer season, and a major part of that innate coolness is the design work that goes into what is (let's pull no punches here) a monumental logistical operation, which is without equal in no only the UK, but worldwide. 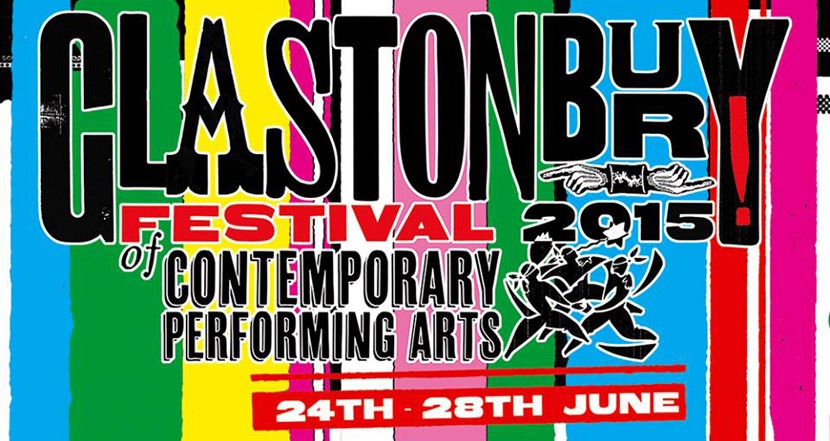 Here I'll be taking a gander at some of the design work that went into the festival this year. If you think I've missed anything particularly exciting or noteworthy, feel free to provide a link in the comment section below!

The design work that goes into Glastonbury is a monumental logistical operation, which is without equal

Whilst the team at Glastonbury (led by the formidable Eavis family) try to make sure that every year is a fresh reinvention, there are elements that remain consistent year after year. The signage, for example, is generally kept rather simple, belying the festivals vastness and popularity. The distinctive lettering used across the site was recently copyrighted as part of the festival brand, and whilst they might not look like much to an outsider, anyone who's ever stepped foot on Worthy Farm will instantly recognise the exaggerated font. There are over 2,500 signs used across the site, which is roughly the size of a small city, though amazingly, despite it's size, it's only during the last few weeks before the event that the majority of the build takes place. This is especially impressive when you factor in that the only permanent festival fixtures are the 23 sets of long drop toilets, the underground reservoirs that keep festival goers hydrated and clean, and over 600 miles of cabling.

There are over 2,500 signs used across the site, which is roughly the size of a small city 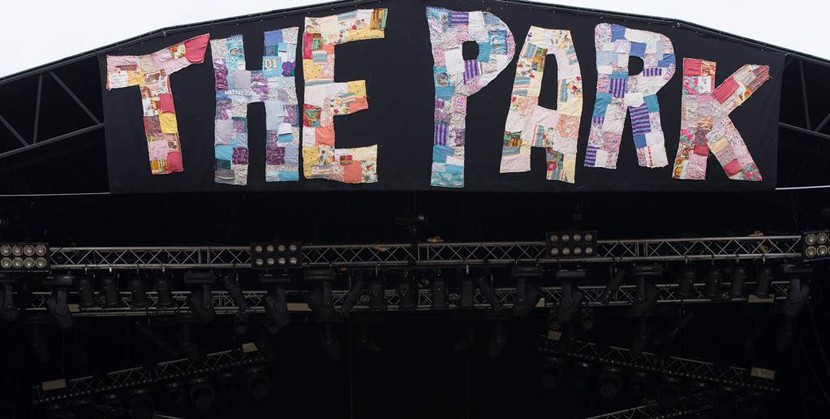 That this is all achieved without the major backing of a corporation is even more impressive, but then, Glastonbury has always been an anti-corporate affair, and its signage reflects this admirably. A case in point is the knowingly alternative “The Park” stage, which plays host to some of the most interesting music of the weekend. The stage is set underneath a gigantic patchwork sign of rags and cloth, which seems to speak volumes of the festival's defiantly DIY aesthetic. The accommodation too was particularly striking this year too, with many revellers opting for the comparative comforts of an extra posh tent. The movement has become known (rather derisively) as “Glamping,” and whilst the idea of forking out a small fortune for minor comforts might strike me personally as a little wasteful, if you have the money then why not experience it in style?

Each area of the festival also has its own identity, both musically and visually

Each area of the festival also has its own identity, both musically and visually. From the fiery, steam-punk delights and ambitiously large installations of Shangri-la and Block9 in the southeast corner, to the ancient crafts and willow sculptures in the Green Fields. It's a cliché, but there really is something for everyone. It's also become a cliché that state that you could quite comfortably spend a weekend in Glastonbury, and have a great time, without ever catching a single musical performance. This is true though, with some truly incredibly performances taking place on the fringes of the site, such as the Lords of Lightning, who performed with four million volts of electricity flowing through their bodies near the Arcadia Spectacular's huge mechanical spider. These are the kind of shows you'd usually only find in Vegas. But of course, I know what you all came here to read about. So without further ado. 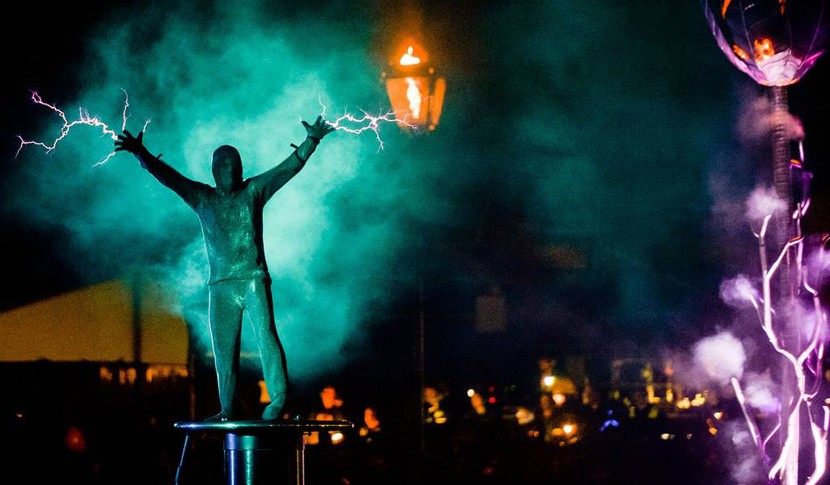 The Lords of Lightning

As with any festival, where even the most popular acts are rushed on and offstage without a soundcheck, the only acts that are truly allowed to let their imaginations run wild are the headliners, and this year's biggest talking point certainly made an impression in that regard. Kanye West might not have been the obvious choice to close Saturday night on the Pyramid stage, but the media-baiting professional celebrity/musician was always going to be the act that attracted the most attention and resulted in the most column inches. The backlash was monumental (but then it was always going to be), and his performance was reliably tame (something tells me old “Yeezus” should have taken more notes from his pal Jay-Z on that front) though it can't be denied that the set design was truly a sight to behold.

The talking point of the set wasn't Kanye himself, or even the badly judged stage, but the blinding set by the young designer Es Devlin

The rapper himself was decked out in a paint-splattered denim jacket and jeans, and at one point decided to halt the performance so he mount a cherry picker and elevate himself above the tip of the famous pyramid in what was surely a self-consciously ludicrous display of ego over art. The talking point of the set, however, wasn't the rapper himself, or even the badly judged stage invasion by 'comedian' Lee Nelson, but the blinding set by the young designer Es Devlin, who is currently one of the most in-demand set designers in the world. Whilst her start might have been in the notoriously overblown world of Opera, Devlin recently began to transition into the even more overblown world of modern pop music, and the vast ceiling of glaring lights she put together for Kanye's set was perhaps her most inventive piece yet. The lights, which hovered inches from the controversial performer's head, underlined a set that smacked of either unbelievable hubris or daring bravery depending on your perspective. Personally, I'd have probably have been watching George Clinton on the West Holts stage, but then I'm an old fart at heart. 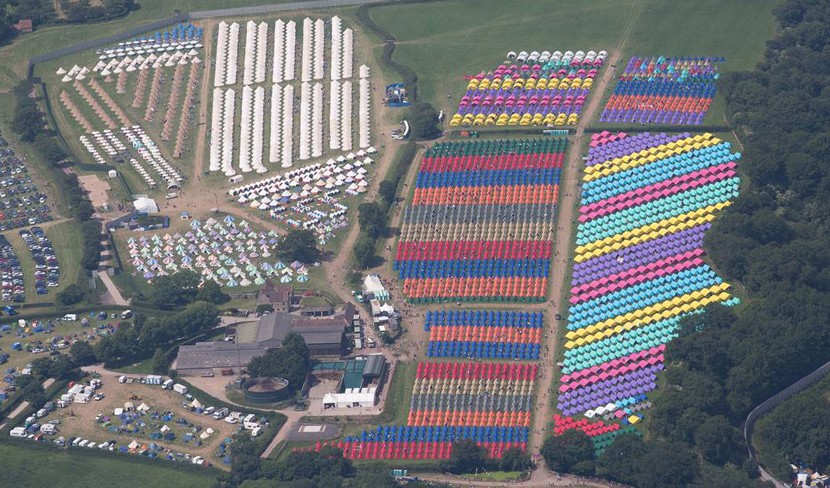 Benjamin Hiorns is a freelance writer and struggling musician from Kidderminster in the UK. He couldn't get tickets for Glastonbury this weekend, so spent his weekend in Prague instead. It was much cheaper, though probably just as loud.