Daniel Gonzàlez creates a ephemeral pop-up architecture out of cardboard

Hidden in the traditional Milanese patio of Marselleria in Milan within the art gallery's permanent exhibition space, the “Pop-Up Building” is a bold new “Ephemeral architecture” project by artist Daniel González, which was inspired by children pop-up books. The Argentinian artist covered 250 square meters facade of the building with hand-cut cardboard, tape, zip ties, wood, glues, nylon wires and electric engines creating a massive architectural model gone crazy. The result is an animated cardboard environment, where a play of unexpected geometries, textures and motifs surprise the visitors encompassed inside.

Making direct reference to Baroque architecture and the work of Gian Lorenzo Bernin, González has adopted techniques such as Japanese kirigami (a variation of origami where the paper is cut rather than folded) to form folded lines that stick out from the two-dimensional space of the cardboard sheet. These sculptural paper cuts create abstract interpretations of renowned local landmarks like the Pirelli Skyscraper, le Fabbriche di Lambrate and the Torre Velasca, as well as Escher’s famous paradoxes and impossible buildings. Many surprising cultural references are mixed up and hidden within the work too, so that no one person will get the same experience every time.

The “Pop-Up Building” is a bold new “Ephemeral architecture” project by artist Daniel González, which was inspired by children pop-up books 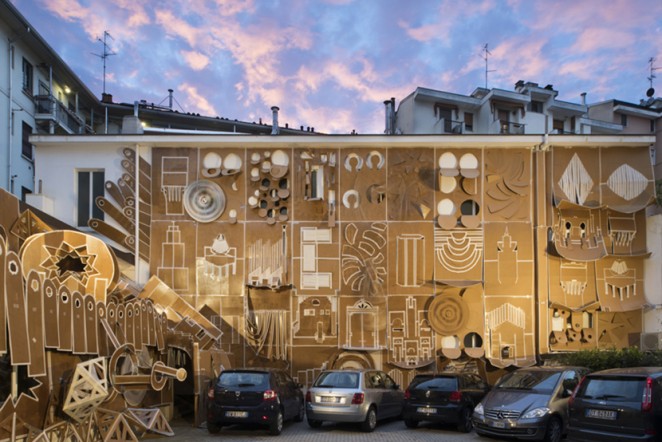 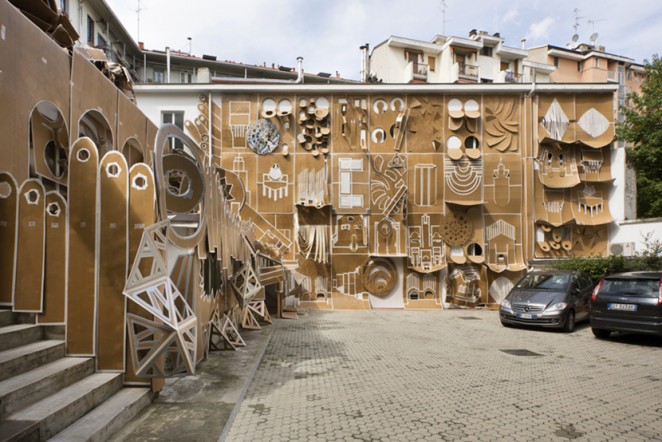 The installation is lit by internal lights at night, to illuminate both the courtyard and the artwork. The cardboard pieces are also (literally) animated, and move throughout each day so that on a return visit, you'll get an almost completely fresh experience. Pop-Up Building Milan is, according to the Marselleria, “An architectural model gone crazy, a surreal monument breaking into the urban context.” By interacting with its surroundings, the project creates a world of innocence within a possible reality that lives just for a fleeting moment, the time to turn the page of a book.

The installation will inhabit the external exhibition space until October 31. It marks the final outcome of the research work of González about ephemeral architectures. In 2010 the artist realised his first pop-up building in Rotterdam for Witte de With Festival followed by Pop-Up Museo Disco Club for the Biennale of El Museo in New York City in 2011. The artist has also exhibited at Zabludowicz Collection in London, at Musée d’Art Contemporain de Bordeaux, at the Pinakothek der Moderne in Munich (Germany), in Viafarini gallery (Milan), at Neuer Kunstverein in Aachen (Germany), during the second Prague Biennale and during Manifesta 7 Trento/Bolzano. 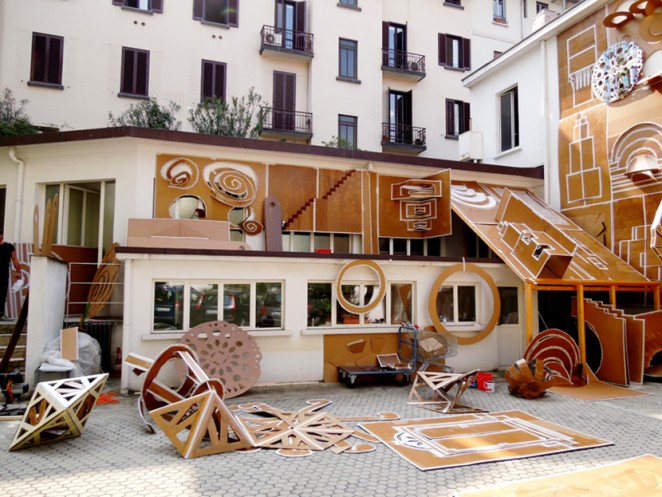 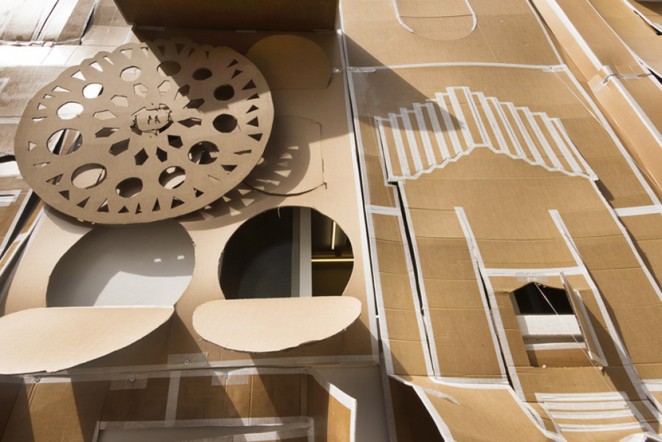 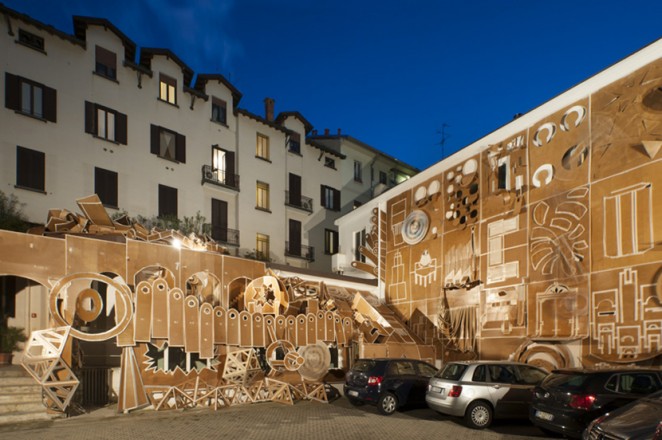 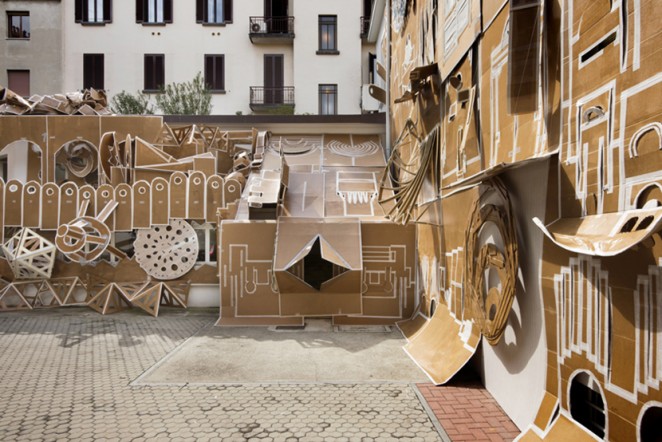 The Brixton boys with ambition on the brain | #CompanySpotlight

This week, we shine our company spotlight on Paul Crump, Co-founder and Creative Director at Fellow Studio. Fellow is a design studio that believes "effective design builds lasting connections and cal tell your story and encapsulates your brand in...