The mobile, interactive media agency Rapt Media, announced recently that it's agreement with Ogilvy & Mather Dusseldorf had been extended, as the interactive advertising agency wishes to use Rapt Media's technology for the second year of its “Designed to Play” campaign for Philips. For the next stage of the campaign, Philips and O&M Dusseldorf are focusing on electric razors, with an interactive video that allows tech-savvy men to explore their shaving options via their mobile devices. Rapt Media will also be providing in-depth analytics, so that Ogilvy can assess what content in the video is driving the most conversions.

Rapt Media's agreement with Ogilvy & Mather Dusseldorf had been extended

The video, which is available in four languages throughout Europe, is an entertaining and playful experience that has been optimised to run on any mobile device, by any user, without having to download an accompanying app. The video features one man with six different styles of facial hair, which it's up to the user to choose from. Each style leads to a different storyline, as they hear what happened to the hirsute gentleman on his night out, with a outcome that depends on whichever style of beard (of lack thereof) they chose. The story takes users through 4 'stages', each with a combination of choices that adds up to a total of 1,296 possible story combinations. As the interactive video is playing, the website also loads information and styling tips outside of the player. It's all in an effort to promote the Philips 'Click & Style' range of electric razors, which come with changeable heads for different stylistic options.

The video has been optimised to run on any mobile device 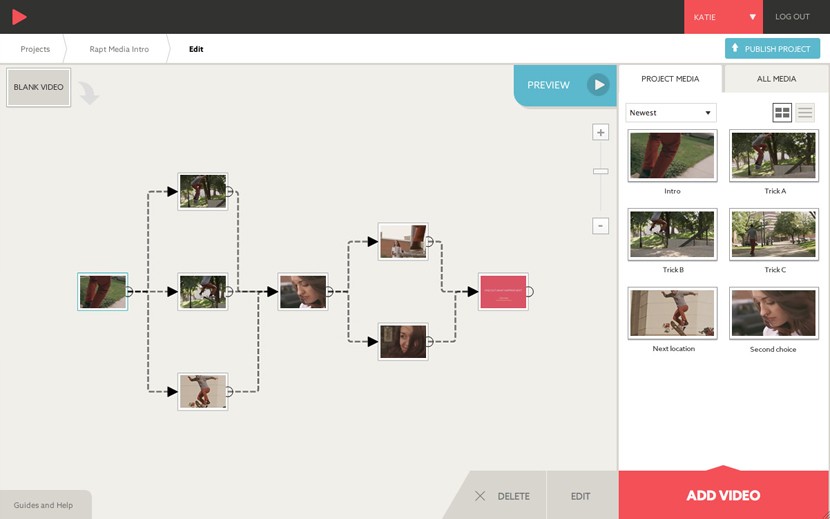 The contract has no doubt been renewed due to the success of the campaign's first year, which saw it take home a silver European Effie award and hold users' attention for an average of over five minutes. According to Rapt, “Because of interactivity and the fact that there were multiple paths to choose from, viewers stayed in the video for longer, exploring different story lines.” The average viewer also interacted with the video at least three to four times. For the second year, Ogilvy have streamlined the experience with a smoother loading time, as well as adding new elements and animations and four completely new episodes. 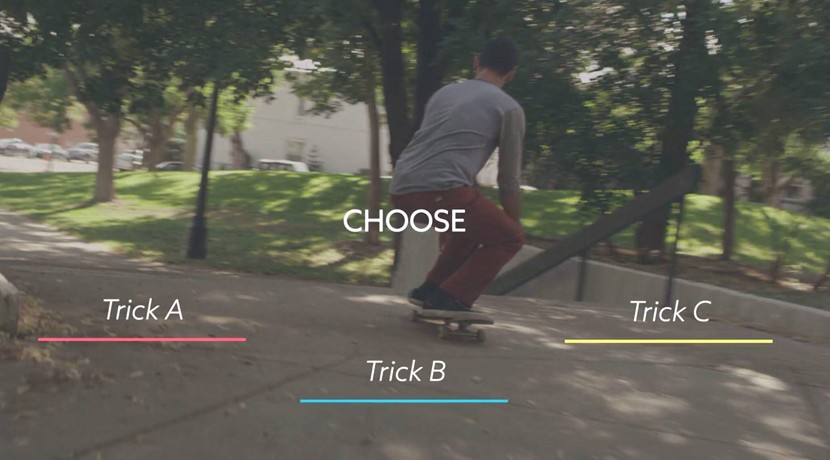 The bulk of the video itself is largely the same as before, as the flexibility of Rapt Media's platform enabled Ogilvy to easily iterate on the video content they already had without having to re-edit it. Rapt Media also provided custom development work for Ogilvy to enhance the second version of the campaign, including adding a progress bar and implementing a custom loader that features the main character 'pumping iron'.

The video features one man with six different styles of facial hair, which it's up to the user to choose from

Thorsten Rühlemann, worldwide managing partner at Ogilvy Dusseldorf, said they were “Thrilled to create the world's first mobile-enabled interactive video experience with Rapt Media and even more thrilled that this campaign won a silver European Effie.” Erika Trautman, CEO and co-founder of Rapt Media, adds that they are “Delighted” to continue their relationship with Ogilvy “In the next phase of the innovative 'Designed to Play' campaign.” She said that, instead of giving them a “Static end product,” they gave Ogilvy “The tools to create the experience that they felt best matched their campaign and,” and after seeing the success of year one, they look forward to seeing even more success in year two of the campaign.