‘Strong roots. Endless possibilities’ is the central message of Woodruff Sweitzer’s award-winning broadcast campaign for Boone County National Bank (BCNB).  Bazillion Pictures’ fresh style and compelling visual storytelling brought the agency’s concept to life with an animated scenario that follows the fluid growth of organic roots from under a bank, as they branch out into an expansive substratum network, break through the ground, and ‘flower’ into a series of fabricated objects to create a virtual town. 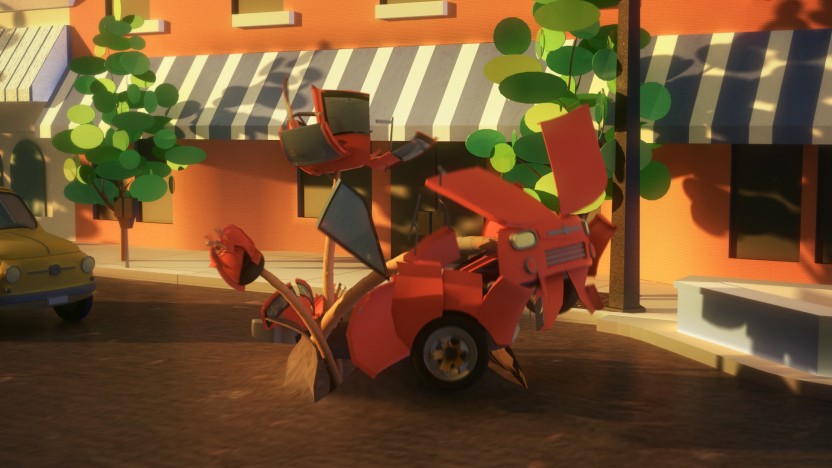 “The agency came to us with an intriguing concept,” says Jeff Beith, Bazillion creative director and owner. “After reading their first script, our lead animator, Brian Lynas, decided to try taking the "root" analogy one step further – so  he conceived a way to create a seamless visual connection between the two distinct components of the spots – the organic roots, and the businesses, homes, cars and other man-made elements of the town that represent the impact of the banks’ many services on this thriving community.”

“We designed a variety of simplistic tulip-like flowers that ‘bloom’ as the roots break through the surface of the street. Their pedals then intricately unfold, in an origami-like style, to form the various objects that make up the town and bring the community to life,” adds Beith.“Justin White, the creative director at Woodruff Sweitzer, really liked the visual and the continuity it achieved, so we used the transition throughout the campaign.”

This time-intensive establishing sequence was used to open each of the spots, while the various objects that seem to grow out of the budding roots were dictated by the specific focus of each commercial. The first spot took seven weeks, to accommodate the creation of the complex opening scene, while each of the other commercials were turned around in four weeks.

Beith and his staff developed a unique “cut-paper” style of imagery to give ‘Hometown USA’ a surreal, universal quality. Bazillion provided design, animation, visual FX, editorial and compositing services for the campaign, keeping the workflow seamless and efficient. Models and animations were sent to the agency as soon as each scene was finished, to ensure that revisions could be done quickly before moving onto the next phase.

“It's always a joy working with Woodruff Sweitzer. The agency has brought us so many great concepts and scripts through the years,” says Beith. “And Justin and his group are creative thinkers, and take full advantage of the possibilities that 3D animation can provide.”

Bazillion’s team of animators, visual FX artists, compositors, 3D modelers, designers, texture artists finishers and editors worked as a collective to create the town, modeling it from photos of Boone County National Bank’s location in downtown Columbia, Missouri, and incorporating many of the city’s landmarks into the animated environment.

“Animating all of the rigid man-made objects in a way that made them appear to organically grow out of the roots and form the elements of the town was challenging,” says animator Ben Dallman. “After we created all of the models, they had to be cut-up into pieces, and then begin to reveal themselves as the flowers start to unfold, before assembling into their final form. Each object was a different shape, with a different set of components – so everyone required a unique solution.” 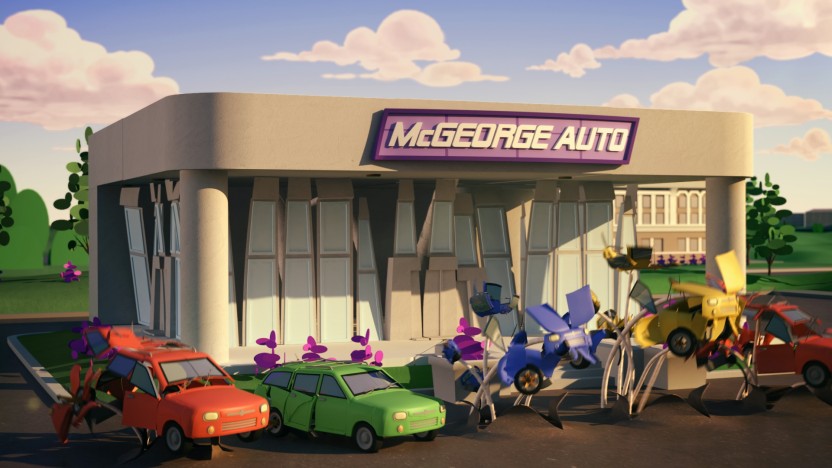 “We had a number of modelers working on building the assets, so a lot of attention had to be paid to continuity of style and little details to ensure that they had the same feel,” says Bazillion modeler and animator, Jon Kendrick. “It was exciting to see the final output and how beautifully all the components fit together at the end.” 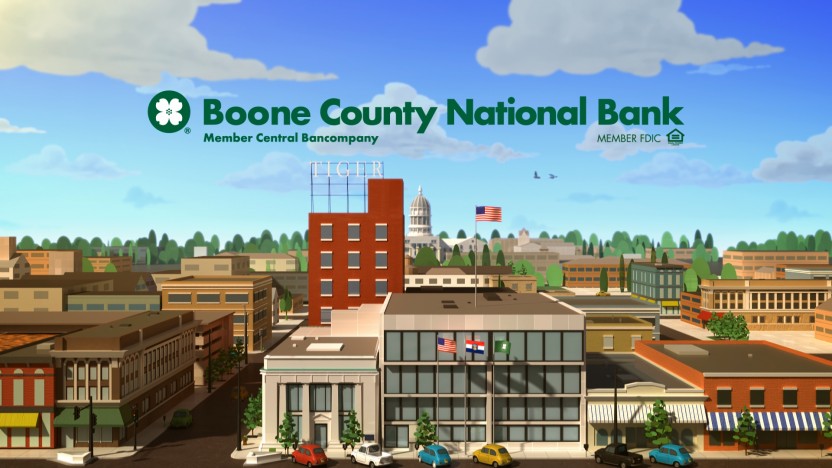 The primary tools Bazillion’s team used to create the spots included 3DStudio Max and After Effects, all running on PC based Animation/Graphics workstations.

About Bazillion:
Bazillion Pictures is an award-winning studio with a skilled team of talent that brings creativity and technical expertise to creating innovative commercials, branded content, and experiential media for digital platforms. For more information about Bazillion contact executive producer, Diann Roche at 816-474-7427, and go to  www.bazillionpictures.com.