Ballin’ On A Budget: Found Art For Inspiration

Found objects can provide great sources of inspiration, from hard-nosed plug men to hairy neckties, artists and designers don’t need to look far for materials to play with. As we see funding cut, art spaces become more competitive and materials costing the earth, trying to be inspired by items around you isn’t such a bad idea. Performance artist and rock musician Kembra Pfahler preaches ‘availablism’, the idea that you can use whatever is closest to hand to gain inspiration and create work. Find it on the street, in your cupboards or if you’re feeling particuarly adventerous, get some rubber gloves and jump into skips. 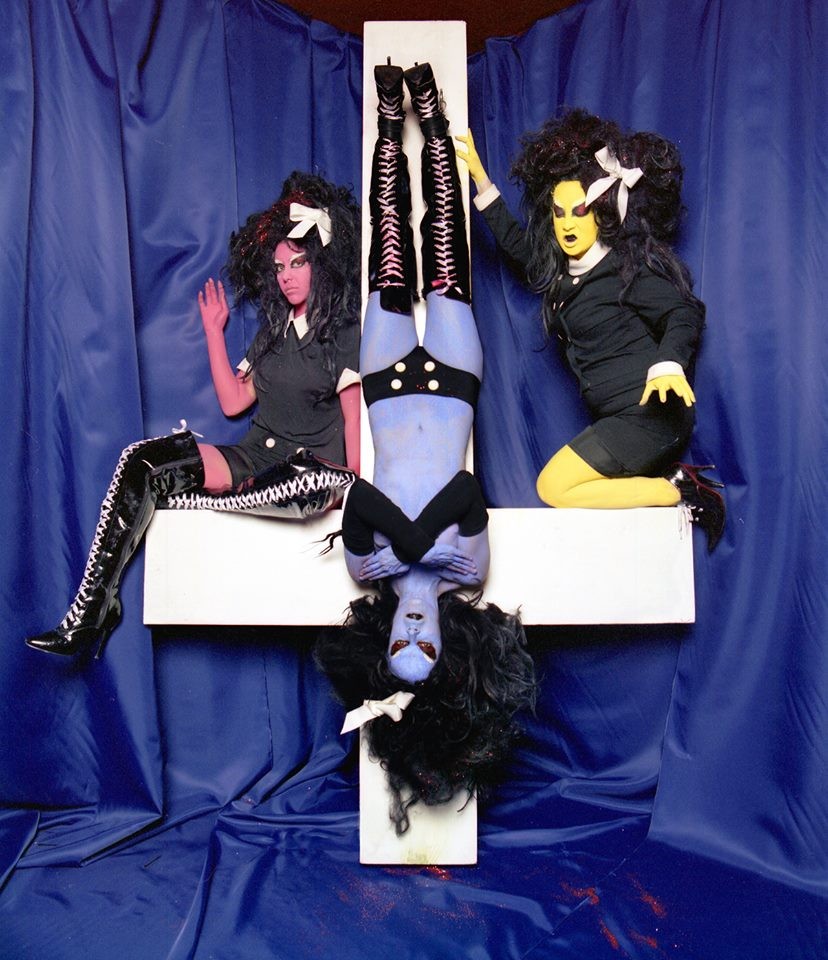 Kembra in character as The Voluptuous Horror Of Karen Black, photo by Katrina Del Mar.

The materials you’ll find will have their own unique story to tell, one that you can weave into something brilliant. The artists below know it. The work ranges from Surrealist stapels, white cube artists, graphic designers and illustrators, who all know the value of stuff you might usually just see in the dump.

Award-winning illustrator Roger Chouinard purposefully recreates objects in a playful way. As part of his Playbook series, Chouinard scouts for items on beaches, in back alleys and in friend's garages. He then turns them into illustrations, letting the object lead the creative process. As co-founder of DUCK Studios, we trust his cheeky style to have a whole load of substance to it too. 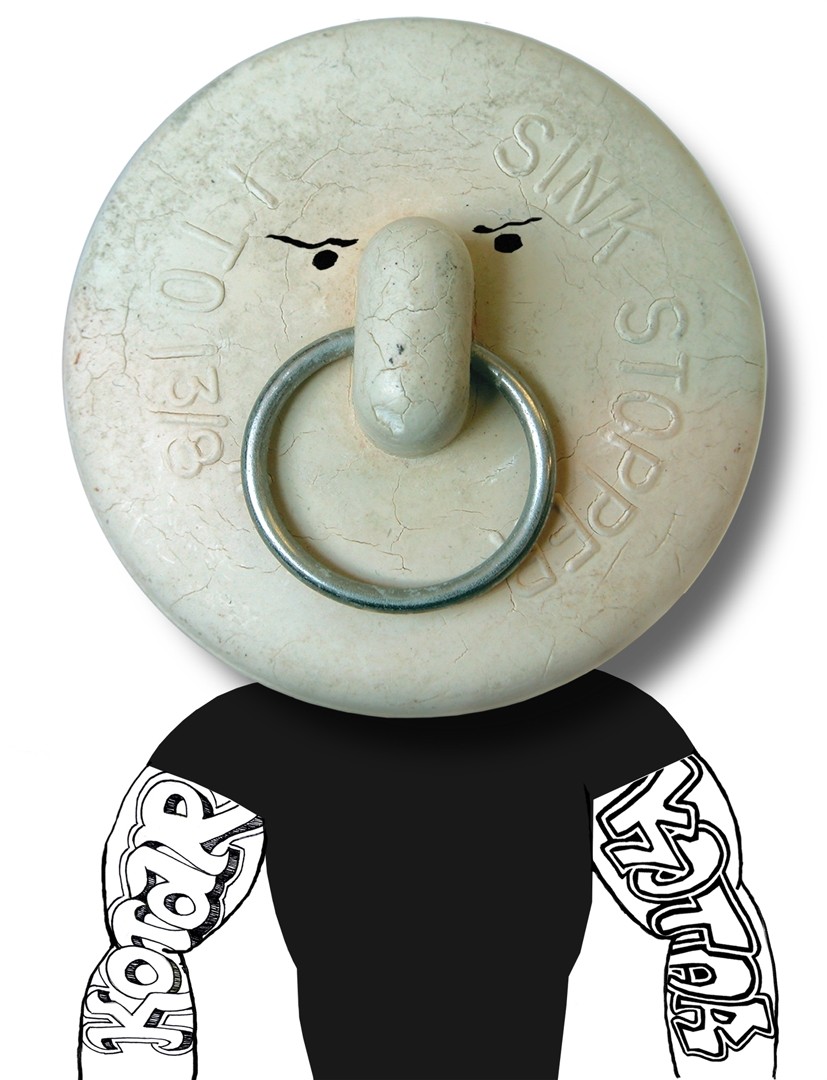 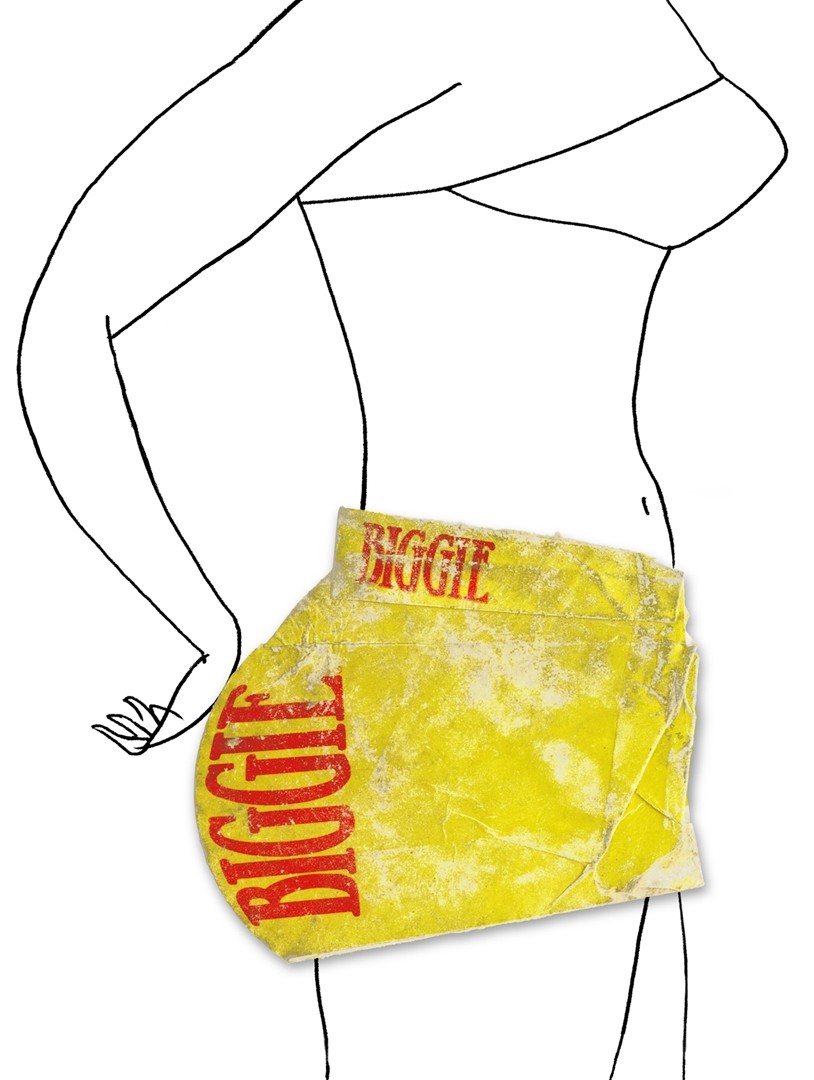 Found objects lent themselves to the Surrealist movement, with Duchamp's concept of the Readymade shocking the art world. Artist Mimi Parent was a staple of the Surrealist movement, and in her work we see the artist really taking the idea of availablism to heart (anachronistically, of course). Using hair to form the basis of some of her sculputral work, she pairs masculine images such as the whip and the suit with silky or braided hair. In doing so, she was able to juxtapose objects into a dialogue. Comments on gender aside, Parent also proves that found objects don't stop in the streets. 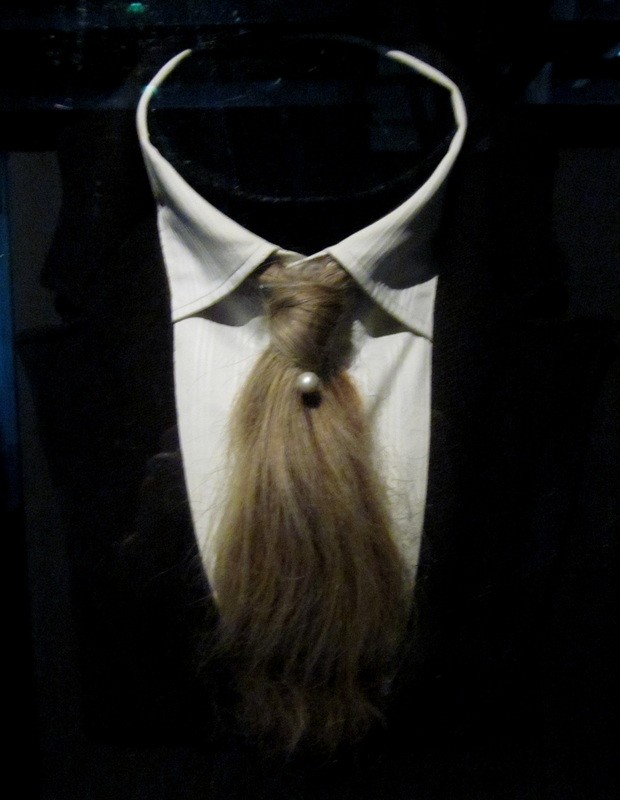 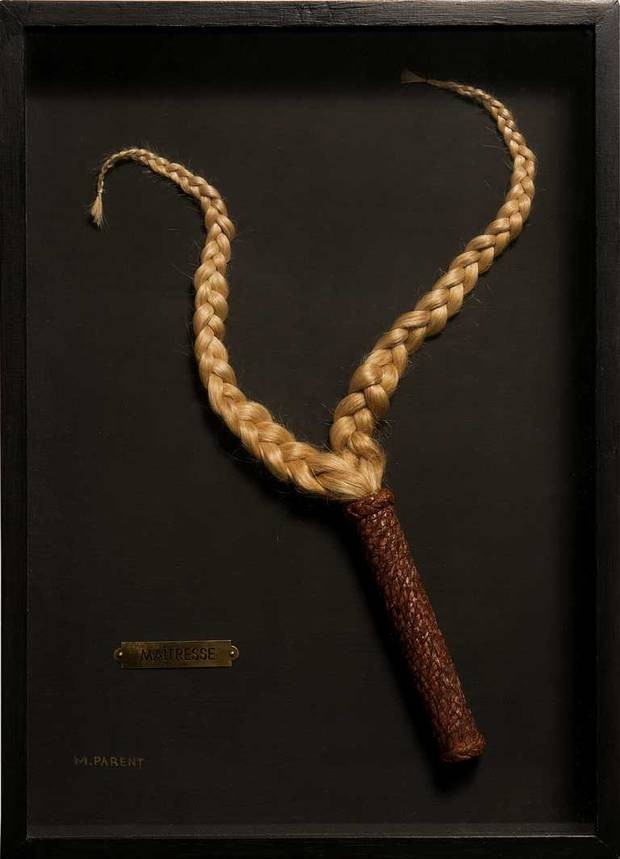 Paul Elliman
Graphic designer Paul Elliman found inspiration for his fonts to reinterpret the way we communicate. The role of the designer is integral to this piece, with his collection of broken cutlery, bits of cardboard and earrings essential to form language. Elliman’s piece went on display at the MoMA as part of the Ecstatic Alphabets/Heaps of Language exhibition. This font flotsam sees lower-case g’s and o’s created from gold hoop earrings and symbols made from spray-painted found bits’n’bobs. 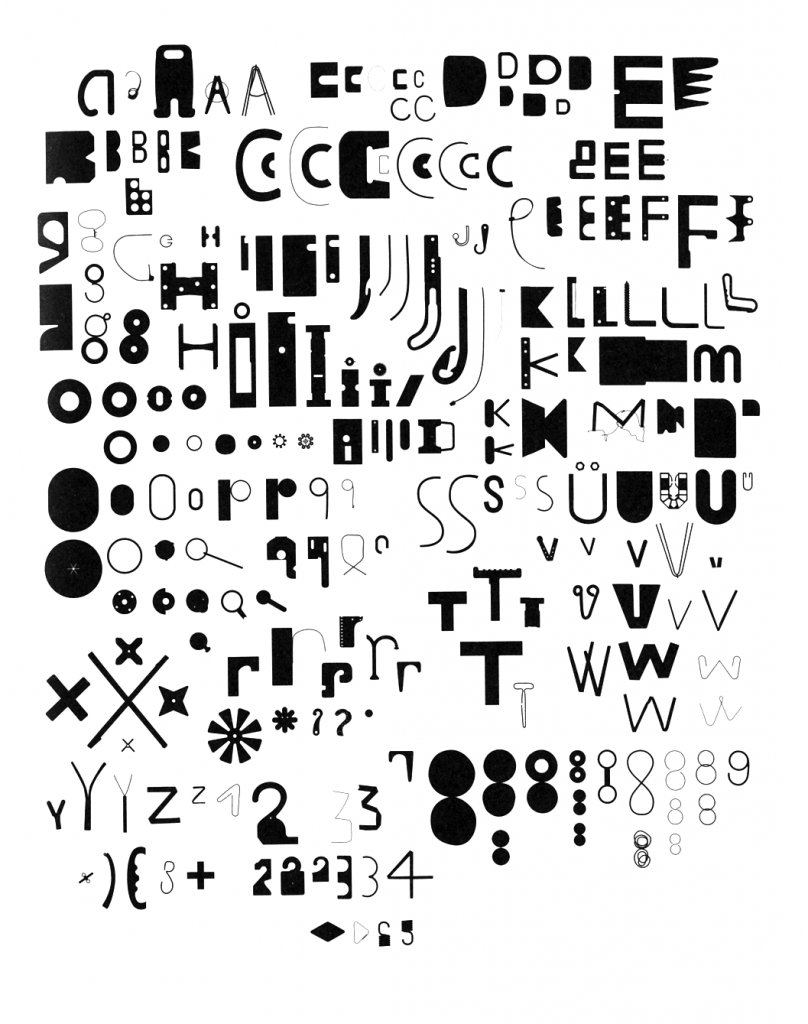 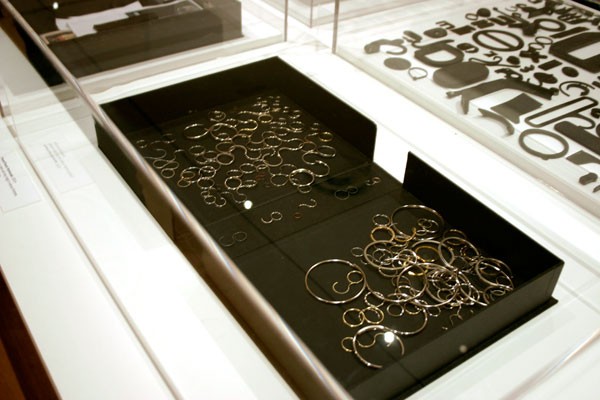 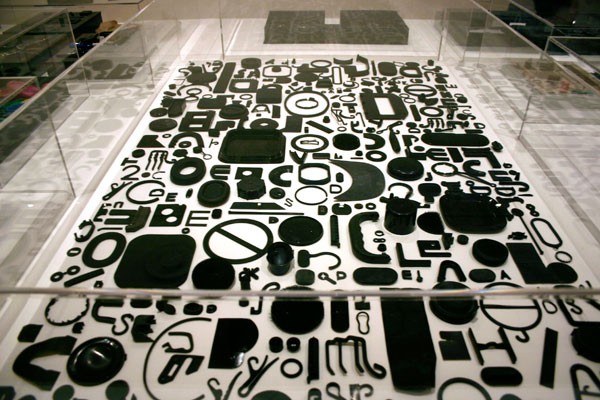 Photo Credit: Perrin Drumm. Work on display at the MoMA.

Haim Steinbach
Artist Haim Steinbach has been using found objects since the 1970s, using everyday objects to frame conversations about the art-world and exploring each object's psychological, aesthetic, cultural and ritualistic elements. Sometimes playful, often thought-provoking, Steinbach’s work has been a art work staple for years – and rightly so. Objects resonate their own frame of references, and Steinbach knows found objects have a story to tell and a place to sit within a gallery context. 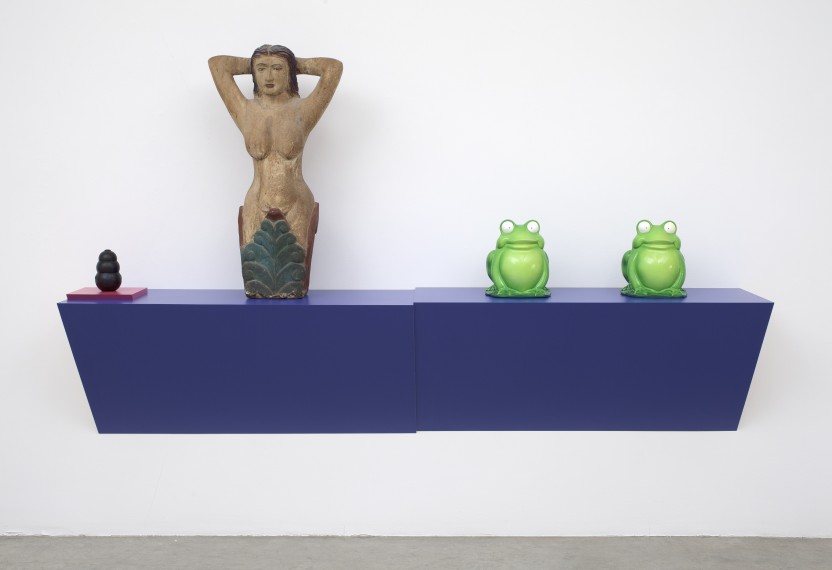 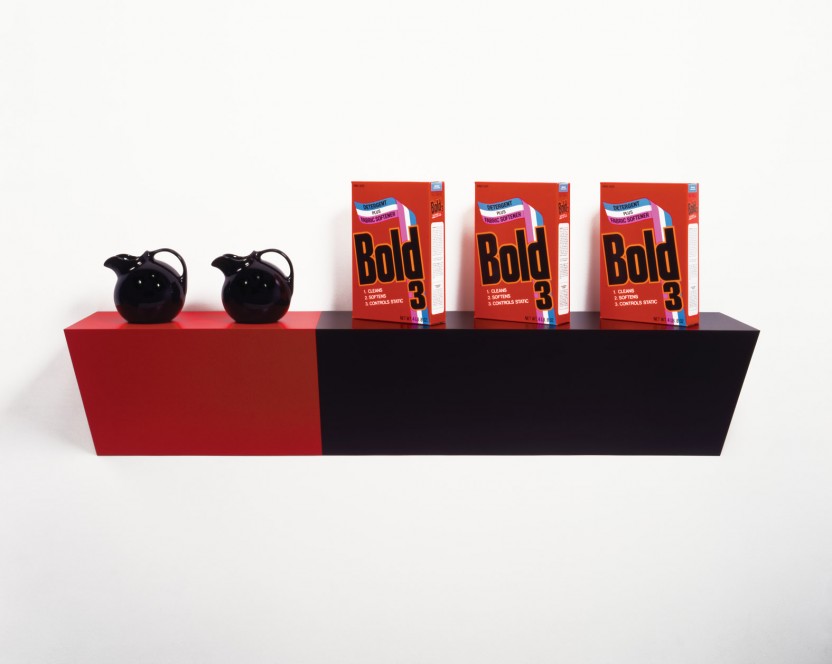 From: Once Again the World is Flat

So, whatcha waiting for? Start digging. There's a whole world of art objects waiting for you...