Opinions - Mashed Swede. Has a Twitter PR campaign really backfired on a nation? 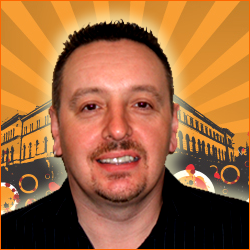 So we're all agreed, social media is the brave new world of PR and advertising. A year ago there was some mileage in telling clients, and anyone else prepared to listen, the game was changing and it was time to get hip to the new platforms. Now that's taken as read and everyone's having a go.

But as the Pilgrim Fathers discovered, building a home in a new world is beset with hazards, pitfalls and alarm. And so it is proving to be.

The Scandinavians are generally a progressive, liberal bunch and Sweden's new national PR initiative was, on the face of it, a cracking idea. Rather than leave the country's Twitter feed (@sweden) in the hands of an agency or enthusiastic government intern, some bright spark thought it would be cool if the responsibility rotated from citizen to citizen on a regular basis. What better way to portray the chilly but beautiful nation as it really is, than to give a global voice to a cross section of its populace? It's an honest, intriguing, varied and authentic plan. Here it comes: the tourist board for the 21st century. Slapped backs all round.

Happily, all went well at first. No lesser publication than The New York Times published a very positive piece about the Swedish Twitter celebration. While the item read suspiciously like a press release, it found nothing but good in the concept of a new national tweeter every seven days. Unfortunately - and perhaps inevitably - a couple of days later, everything became all too authentic.

Earlier this week the tweeting baton passed to one Sonja Abrahamsson. Now, Sonja's determination to move the whole show away from 'Here is a mountain, here is a house' theme deserves at least a smidgeon of credit. The territory into which she took it is potentially more problematic. Let's have a look at her first tweet:

"Before WW2 Hitler was one of the most beautiful names in the whole wide world. I know. Its as chocking as dolphin rapists."

As a rule, it's good idea not to get into the whole Nazi thing. Particularly on Twitter. Particularly when tweeting on behalf of your country. The dolphin rape thing? Well, your guess is as good as mine. But you could apply the rule above, replacing the word 'Nazi' with 'rapists' without going far wrong.

But Sonja was only getting started.

There followed some nonsensical guff about there being no jews where she lives, then a photoshopped picture of Freddy Mercury looking at food with the caption "hungry gay with aids," and a joke about shopping for eggs in the hope she wouldn't "starve like an African child."

The Swedish government explain their Twitter campaign like this: 'For seven days, he or she recommends things to do and places to see, sharing diverse opinions, and ideas along the way. After that, someone else does the same, but differently. Follow all nine million of us. Welcome to Sweden.' And you can't fault them on their accuracy. This is exactly what has appeared in our timelines.

Of course it could have been predicted that the password would, at some point, land in the lap of someone slightly divorced from reality - but it probably was. Instead of seeing the exercise as naive and reckless, it's not unreasonable to suggest the Swedes knew the feed would contain everything from the wonderfully sublime to the boggle-eyed ridiculous. Actually, this may be precisely what they were hoping for. After all, the campaign is now attracting more attention than could have been expected. Sonja has become this week's web celeb and no real harm has been done. Cynics might suggest that Sonja is an invention of a marketing department or advertising agency, but I don't think this would be necessary. Human nature usually provides a card-carrying eccentric without the need for any searching or underhand deception.

Those running the scheme have issued a statement. They will allow Ms.Abrahamsson to continue for her remaining reign because "It's very important for us to let everyone take a unique viewpoint."

Very democratic, very brave, very transparent - and for that matter, very Swedish. And, considering the brief was to show the world there is much more to Sweden than Abba and Volvo, the campaign is actually a huge success.