Rothco go to unbelievable lengths to get Pants for Andy

A man from Ohio recently tweeted a complaint about his pants (trousers to us more cultured folks this side of the pond) to a Dublin-based creative agency rather than the intended American clothes manufacturer. Instead of just responding, they really got behind his plight.

Dublin creative agency Rothco (not to be confused with the apparel company of the same name), received a Twitter message from a man called Andy, who was unhappy with how his pants were fitting, or not, so to speak. Instead of ignoring this message, as many lesser agencies might, the team at Rothco instead decided to make it their mission to find a pair of comfortable pants for this unfortunate soul. So they did what they did best. They made a campaign.

Within a day of accidentally receiving the tweet from Andy they had organised a radio campaign to run on his local radio station in Ohio, composed a charity song and made a music video (above). As the icing on the cake, they even took over a billboard in his local town centre.

Oh, and if you want to help any way you can in getting Andy from Ohio the perfect pair of fitted cargo pants, make sure you keep the hashtag #pantsforandy handy. It's all a bit silly, yes, and has a faint whiff of the old Beadle's About 'gotcha' humour about it, but I just love it when jokes are taken too far, and I honestly don't think Rothco could possibly push this any further. That being said, i'm more than willing to be proven wrong. 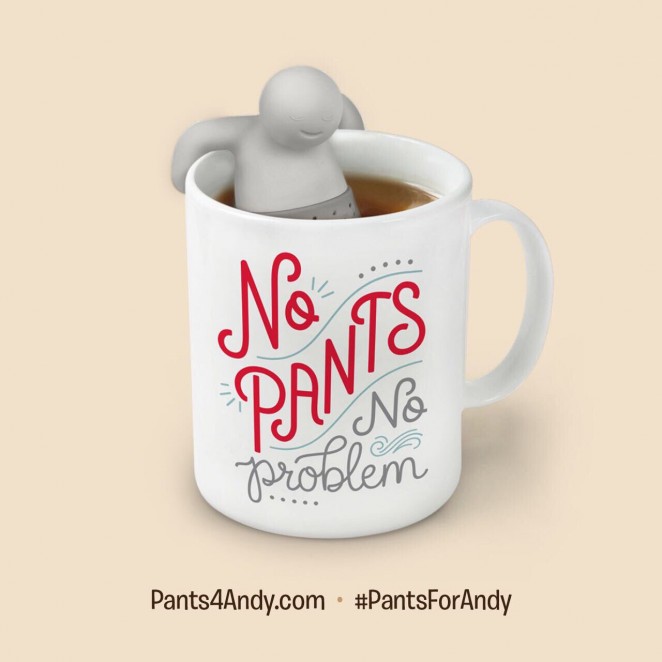 Benjamin Hiorns is a freelance writer and musician from Kidderminster in the UK. If you need more Andy, you can find the original tweet that kicked the whole thing off below:- 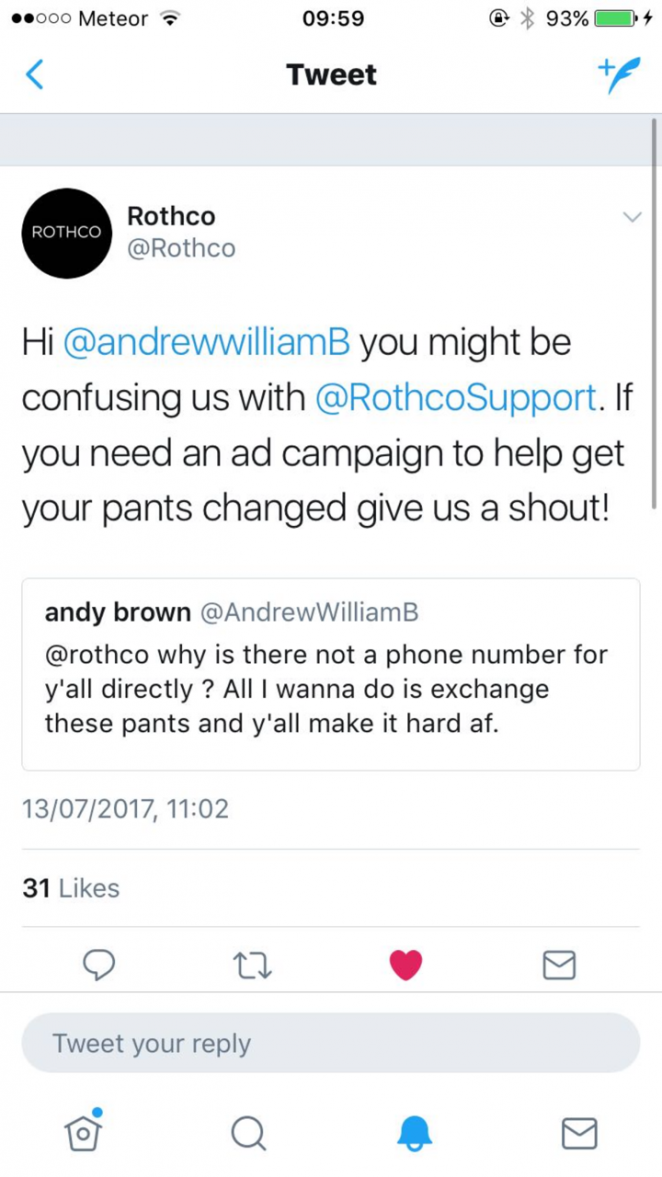