A Kind of Magic: Freddie Mercury through Richard Young's lens

From Andy Warhol to Whitney Houston, Young has photographed all the greats. Throughout a career spanning more than 40 years, he has been a staple at concerts and parties around the world, photographing and befriending pop culture giants and capturing their magic moments.

Of all the celebrities he’s met, however, none have made a more resounding impact on him than Freddie Mercury, an artist as generous with his creative gift as he was with his friendship, loyalty and sense of humour.

Young’s first connection to Mercury's band Queen came in 1978 when he was called to shoot behind-the-scenes stills of the group’s latest music video Bicycle Race.

The video saw 65 naked women riding bikes around Wimbledon Stadium and ended up being banned in some countries. Young didn’t get to meet the band then, but it was clear to him that a face-to-face encounter needed to happen.

His chance came that New Year’s Eve. Rod Stewart – sick with a throat infection – had cancelled a concert Richard was attending just hours before showtime.

So, Young headed over to Monkberry’s, a nightclub in London. Between drinks and flashes, in walked Mercury and his entourage alongside Ronnie Wood and Keith Richards of The Rolling Stones – and Rod Stewart. “Apparently he had a very speedy recovery,” jokes Young. 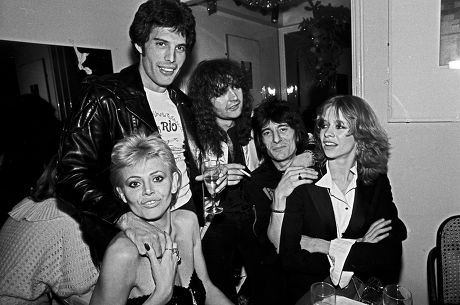 Mercury took a liking to Young from day one. “I kept getting calls from his team: ‘Freddie wants to go to the opera house! Bring your camera!’ they'd say," adds the photographer. "One thing became clear from the get-go – Freddie liked to party."

By 1985 Mercury, who liked to nickname his male crew with female names, had christened Young as Muriel (after English TV presenter Muriel Young) and invited him to his legendary birthday parties – night-into-day affairs of costumes, excess and music.

Young vividly remembers Mercury’s 39th birthday party that year in Munich. “He rang me and said ‘come to my birthday party in Munich! Everyone’s dressing in drag. Everybody,’” he recalls.

Up for the challenge, Young’s wife Susan found him a lovely black dress for the occasion, made him up and bought him an auburn wig to set the whole look off. When he arrived at party, everyone was dressed in drag... everyone except Mercury, that is. 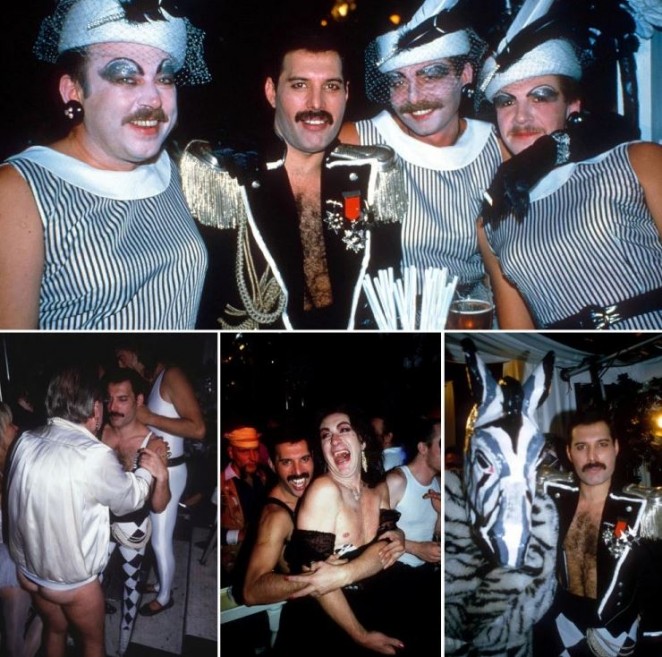 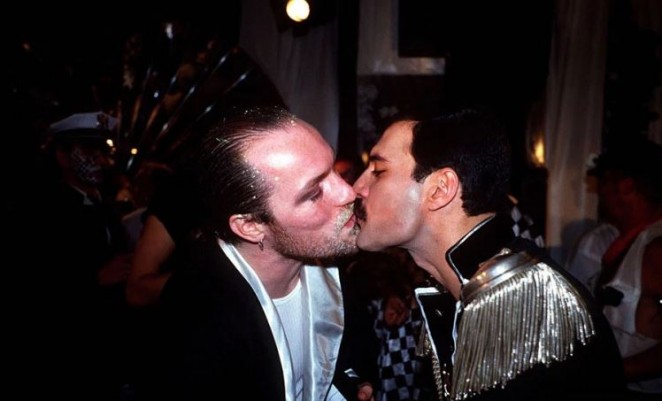 “It was a crazy period,” adds Young. “The parties in London, Ibiza... Freddie’s parties were legendary. And you could always count on Elton John and Rod Stewart being there.” 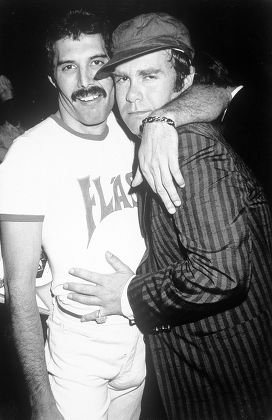 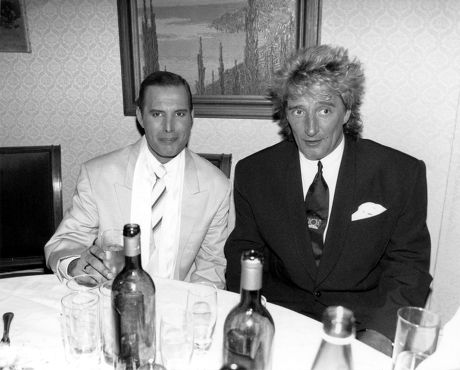 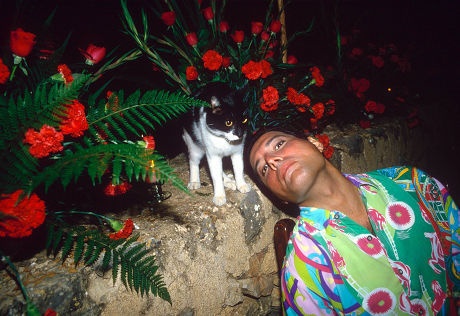 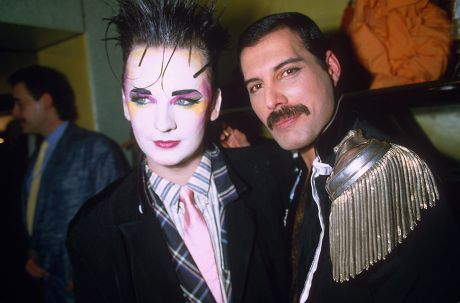 We will rock you

As hard as Queen played, they worked even harder. And Freddie was the heart, face and soul of one of the world’s most vibrant live performances. “He could hold 100,000 people in the palm of his hand,” says Young.

He saw this time and time again, as Queen played to sellout crowds at Wembley Stadium and a 470,000-person concert at Rock in Rio. “Not once did I see him get nervous... he was extremely confident and one of the most professional people I’ve ever worked with... continues Young. "His energy and joie de vivre... he was a one-off rock icon never to be replaced.” 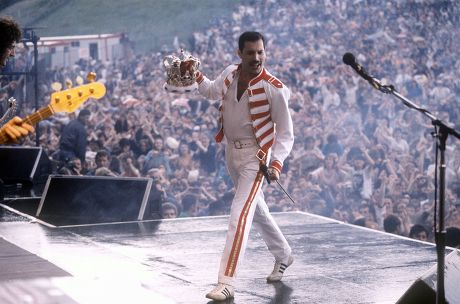 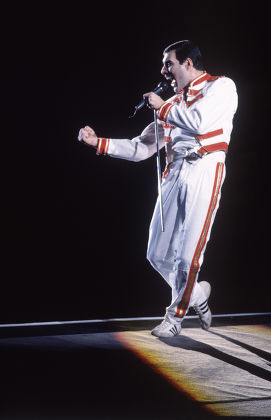 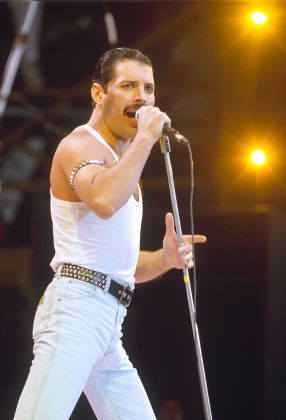 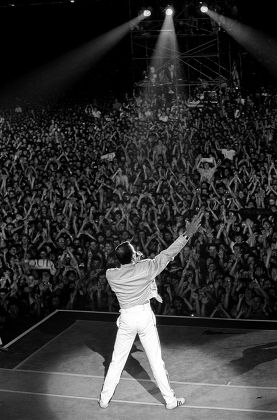 Mercury’s natural charisma and theatrical persona were only heightened by his intrinsic gift for songwriting. The list includes classics Bohemian Rhapsody, Killer Queen, Somebody to Love, Bicycle Race, Don’t Stop Me Now, Crazy Little Thing Called Love and We Are the Champions, among others. His once-in-a-generation tenor singing voice has been described by opera singer Monserrat Caballé as “delicate and sweet or energetic and slamming.

He was able to find the right coloring or expressive nuance for each word.” Mercury, a long time opera fan, recorded an opera album with Caballé, Barcelona, the title track of which became the theme song for the 1992 Summer Olympics. 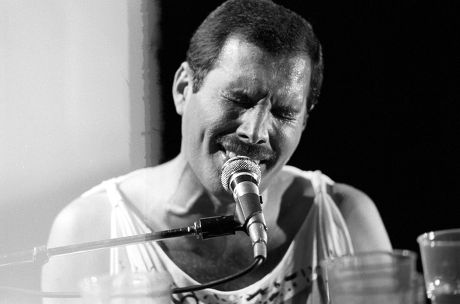 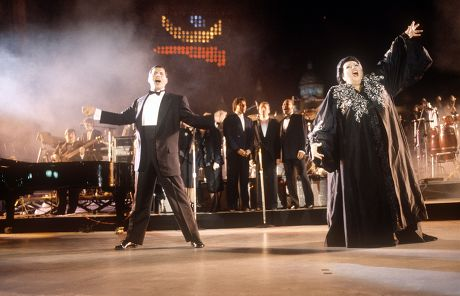 Mercury had the uncanny ability to appeal to the masses while also being a hero for the marginalized. “He was the ultimate individualist,” claims Richard, “and everyone respected that.”

Though originally remaining coy with the media about his sexuality, Young says there were “no secrets there” within his group of friends. “He expressed his sexuality all the time and especially through photography.

His costumes, his fashion, his expressions...he was so open and had a sense of humor about it.” Mercury became a style icon in the 1980s, constantly reinventing his persona and gravitating towards the edges of what society considered appropriate male attire. He never used a stylist and wore everything from catsuits to drag suits, sporty looks, and jeans and leather.

”I think once or twice I saw him a suit and tie,” laughs Young, adding that his favorite Freddie look will always be the sporty white trousers at the 1986 Wembley concert.

“Adidas was his thing... the shoes, sportswear... he felt most comfortable on stage in sportswear.” 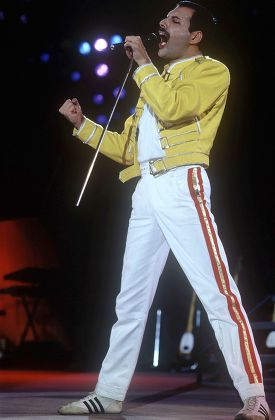 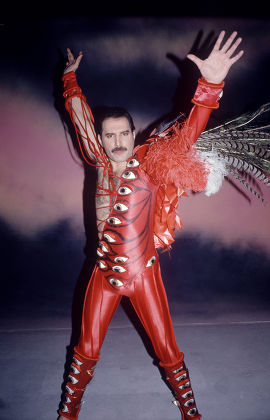 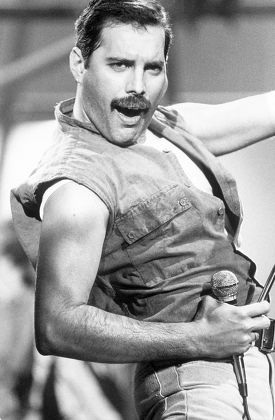 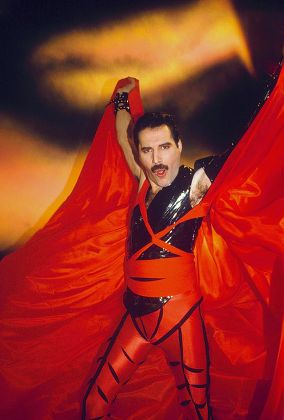 If I'm Not Back Again Tomorrow

Mercury died in 1991 of complications from AIDS. Though tabloid rumors about his health ran rampant for years, Freddie did not admit his condition until the day before his death. “I didn’t know about it, no one else knew,” Richard admits, “he kept it very private.”

During Freddie’s final years, however, his health was visibly declining. “It became very clear. [The Queen party at the Groucho Club] really knocked it home that something was wrong. He lost a lot of weight, he looked very gaunt. One didn’t have to spell it out.” 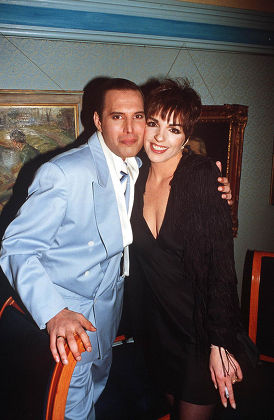 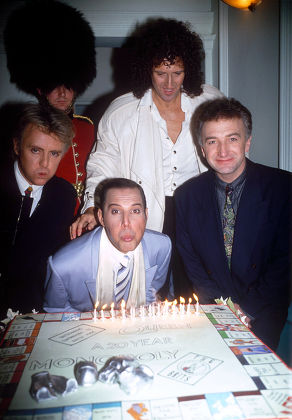 Friends Will Be Friends

After his death, it didn’t take long to realize the impact Freddie had left on the world. The 1992 Freddie Mercury tribute concert for AIDS awareness was attended by 72,000 people and included performances by George Michael, David Bowie, Guns N’ Roses, Seal, The Who, and Liza Minnelli, among others.

Yet Freddie’s impact went beyond just music. “He was the most generous person you could ever wish to meet,” tells Richard, “...there was a real warmth and friendship between him and his bandmates and his friends were very loyal to him.”

Freddie’s memory has stuck with Richard to this day, not just photographically (“He would take any picture I wanted...some of the portraits we took, he’s just looking straight down the barrel”) but also personally. “His friendship, his warmth, his generosity, his humor,” Richard recounts as the qualities he’ll always remember Freddie by.

“But I’m still annoyed that he didn’t come in drag and everyone else did. I’d put my makeup on!” 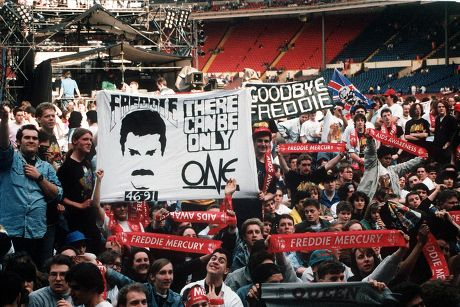 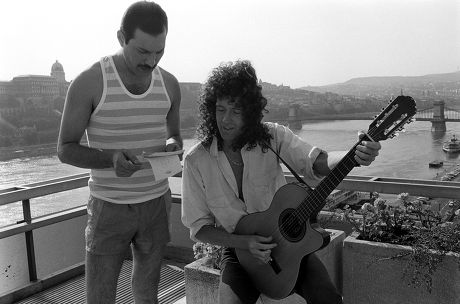 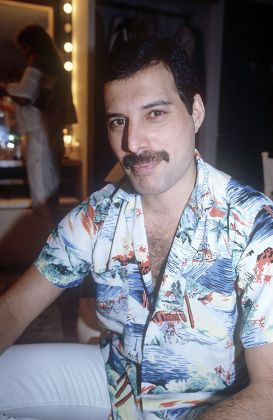 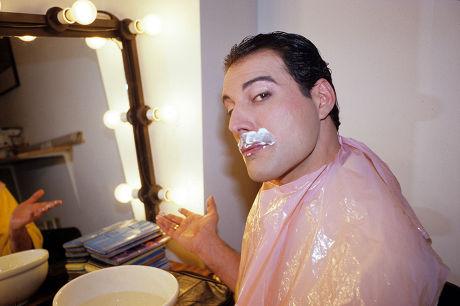 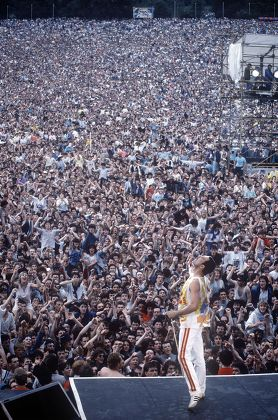 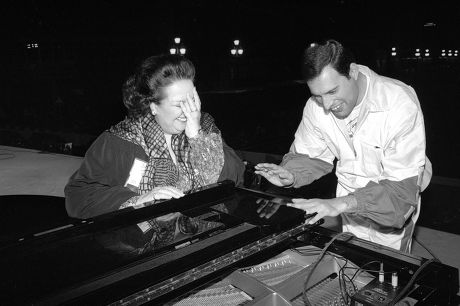 Bohemian Rhapsody premiered last week at Wembley Arena, right next door to where Queen’s most iconic gig took place at Live Aid in 1985. Images from the concert are available on Shutterstock Editorial in the archival images collection, where you can also get live instant access to over 40 million news, sports, entertainment and archival images that are now available to Shutterstock’s entire customer base through Shutterstock.com.