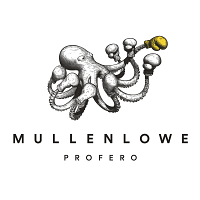 Challenge
In the UK, retailers have typically fought for a greater share of wallet by unveiling that blockbuster Christmas ad.

M&S wanted to do more than that. They wanted to find a fun, original way of connecting the brand with the giving spirit of Christmas, keeping the brand front of mind; driving footfall and sales. So they didn't want much for Christmas then.

Solution
We reinvented the kids game Pass The Parcel for desktop and mobile, spreading it via Facebook making prizes redeemable in-store. Now it its 4th year of development we introduced a pre-registration period to supercharge virality when it went live.

Every day M&S invited people to play this naturally social game with friends on Facebook. And they did. When they received a parcel, they opened it; if they didn't win they passed it on, spreading the Christmas cheer.

Over 46,000 prizes were redeemable in-store via mobile coupons, driving people to M&S stores up and down the country during this busy retail period.

At its peak 76,000 people were all passing parcels at the exact same moment. And because 74% of play was via mobile devices, and 45,000 prizes were instantly redeemable in store via mobile Marks and Spencer’s got a massive uplift in footfall – giving them a very merry Christmas.

Add yourself to this project
Project featured: on 20th February 2015