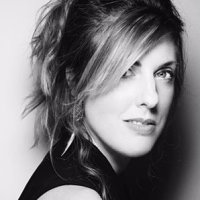 This is The Listening Planet. A project, Foundation and Trust, curating the incredible catalogue of naturalist and sound recordist, Martyn Stewart. Recording the world one sound at a time…

The goal of The Listening Planet is to express the voice of the natural world and awaken a connection deep inside all of us; a love, understanding and respect for the importance and fragility of the place we call home and a passion to safeguard its future.

It's joining the race to preserve Earth’s wild place – to conserve nature and to reduce the most pressing threats being faced by our natural world and to the diversity of life. Their focus is centred around 4 pillars: Inspiration, Education, Conservation and Preservation and Science.

Never before have we faced such an urgent need to connect hearts with minds, knowledge with action and to re-open a connection that lives deep inside all of us. Through the #powerofsound, they aim to inspire people to value and connect with the natural world and ignite a passion to safeguard its future.

From our previous work with PeopleVExtinction, the studio was approached by the charity to bring to life Martyn's sounds and beliefs – a race against time, due to his current battle with cancer. We created the identity and launch campaigns pro bono, finding innovative ways to bring sound to life without always needing visuals. Creating spaces to listen, reflect and learn, whether through Martyn's recordings, his own words or by encouraging people around the world to record their own soundscapes.

We launched online on World Mental Health Day with the help of Hollywood actor Mädchen Amick and her mental health charity DMM, partnering on a series of meditation albums. For COP26 we created an interactive AR flyposter and postcard campaign that run across London, UK and USA (printed on card recycled from discarded coffee cups), encouraging people to stop and listen to nature, even if in the 'Urban Jungle'.

We partnered with Platoon to create 40 sound albums that can be found on Apple Music and Spotify, working with visual artists and placing sounds in hospitals. Our audience is universal.

We are highlighting some of the (sometimes heart-breaking) discoveries that Martyn has made over the course of recording the natural world, and how we can all learn, challenge and make a change from these findings. A youth programme and sub-brands (with logos) have been created to support this work.

It was important that any visual did not overpower, but elevate, the concept of a sound-first identity system. We wanted to create an organic tranquility; a space to breathe, fluidity, openness. A visual representation of the 'particles' of sound…vibrations of air molecules as a moving compression wave, off-set with crisp, simple typography. Motion was important, as was a logo that 'floats' in and out of focus as the particles buzz. A space where you are not influenced by the visuals, but where a blank canvas invites you to delve deep in to your imagination. And, really listen.

Louise Sloper has been a Contributor since 16th July 2021.

thanks for the spotlight!