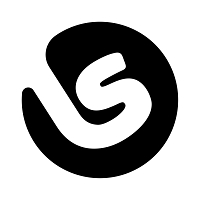 Buketo is a wine series produced in Greece and imported to USA and Canada by wine import company, Cava Spiliadis.

Targeting youthful and open-minded wine seekers, the design brief called for a compelling, modern, and stylish label.
Meaning bouquet in Greek and true to its name, Buketo wine is created from grapes picked like flowers, assembled for the perfect bunch every year. Traditionally, a wine’s bouquet describes the composition of its aromas. Using that as our starting point, we played with the idea of a harmonious arrangement of elements and designed geometric compositions of fine lines vs. blocks of color and sharp edges vs. perfect circles.

In other words, a bouquet of design.

What’s better than a bouquet?
Two!
When the two bottles of white and red wine are placed next to each other, a more substantial composition is formed. The result is sophisticated and minimalistic, appealing to the target group, while also connoting the quality of the wines.

To top it off, we developed the Buketo logo to build on the idea of a bouquet in a more literal sense, while keeping the design geometric and minimalistic. We depicted a bunch of three flowers referring to the aromatic character of the wines, as well as the three grape varieties used in making each of the wines in the series.

We were humbled to hear that the appearance of the bottles has helped the wine to sell well. In the meantime, the snails are back at it working on the packaging design for a new range of wines by Buketo.
Stay tuned!

Add yourself to this project
Project featured: on 12th June 2018 Pro member:

Lazy snail Design has been a Contributor since 19th August 2022.