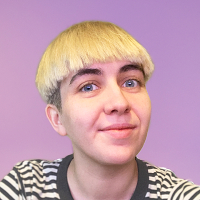 I wrote and directed this short piece based on the popular 90's video game; Crash Bandicoot, and the Disney XD animated series; Gravity Falls for the Channel 4 funded YouTube channel called Mashed.

I had already been involved in a few productions revolving around combining TV animation intros with popular video games. Crash Bandicoot had both the nostalgia following, but was also going through a remaster of the three first video games, and found a new audience last year. Gravity Falls had finished a year before, but had gained a large cult following with young adults. After some development around the combination of the idea, the project was commissioned.

Laura Rankin has been a Contributor since 7th February 2018.