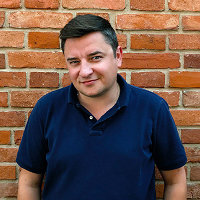 In Russia, Victory Day is among the most remarkable dates. Almost every family had ancestors who fought in the war. But the younger people are losing connection with this part of history. That's why we decided to give young Russians a chance to express themselves in digital art in the format of social networks.

#VictoryPages is the versatile social media documentary commemorating the 75th anniversary of the defeat of Nazi Germany. It is a story of Victory told by the young for the young, using the tools and language of digital media over five social networks, employing visual art, interactive formats, 3D animations, Virtual & Augmented realities and dynamic real-time storytelling. It pays tribute to all WW2 veterans and heroes who protected our future from the threat of Nazism. This educational project builds engaging narratives through social media to keep the legacy of our ancestors’ sacrifices alive. It also assesses the historical magnitude of May 9th, 1945 through personal impressions of contemporaries and from the fresh perspective of digital art and creativity.

The objective behind the project - is not only to commemorate the veterans, but to also remind what a terrible price the world has paid for the most deadly war in history. This large-scale project unites young artists, designers, animators, content creators who express their feelings in the wake of the WW2 anniversary spreading anti-war messages and creating a new kind of a commemorative tribute.

The #VictoryPages project took place across 5 social networks and consists of different elements and unique content exclusively created and published on a designated platform.

On Facebook young graphic designers and digital artists present their interpretation of the legacy of war using Facebook as their exhibition space. Works feature digital colorisation, VR-animation, 3D-photos, documentary video sketches and much more. Some of the content series include:

Lessons of Auschwitz: To mark the 75th anniversary of Auschwitz liberation we brought nine students from a Moscow high school to the Memorial in Poland to personally undergo this experience. After the trip, we asked them to express their reactions in VR animation.
War No More: A poster poem by the famous Russian artist Peter Bankov. This is a series of portrait illustrations inspired by wartime and post-war poems and songs.
War: Kids Drawings in VR animation: World-famous VR-artists recreate children’s drawings from the time of war in VR animation.
WW2 Stills in Motion: Rare photos of the Great Patriotic War become animated mini-stories that immerse the viewer in context and atmosphere of the time.
Instagram is dedicated to war-time letters. “Endless Letter” is a unique graphic series featuring hundreds of excerpts from original WW2 front-line letters with illustrations created by young students of the Moscow RANEPA Design School. More than 500 short quotes and accompanying illustrations by young designers are put together into a single “graphic” narrative on Instagram Stories to a non-stop original music score.

Twitter runs the most detailed chronology of the last months of the war: the events of 1945 are reconstructed in "real time" on Twitter. Daily reports from the front, operational orders, real newspaper articles, urgent messages from the Soviet Information Bureau and rare images recreate events through dynamic social media storytelling, as if Twitter existed during the war.

A travel YouTube documentary #VictoryAlphabet: From Brest to Reichstag explores modern anti-war street art in Europe and history of graffiti left by soldiers on Reichstag walls in 1945.

VKontakte hosts a podcast series from producer Ania Fedorova - an audio experience which offers a fresh take on the legacy of World War 2 as heard by the young generations. It features unique music design created for every episode.

The key element to visual identity of the project is the specially designed #VictoryFont - a unique typeface compiled from hundreds of original historical inscriptions left by victorious soldiers on the Reichstag walls in May 1945. Behind each font character there is a real letter, hand-written by soldiers 75 years ago.

We have also launched an augmented reality experience which allows anyone to make their own commemorative graffiti on walls. The app features short anti-war messages inscribed with #VictoryFont that pay tribute to the veterans themselves and the peace they fought for 75 years ago.

Add yourself to this project
Project featured: on 3rd September 2021