Kellogg’s is investing more than £6 million in advertising for Crunchy Nut this year, 31% of which will be spent digitally, as the brand reaches out to social influencers in its “Search for the Ultimate Crunchy Nutter” competition. The campaign, consisting of a competition and two TV ads in 2017, represents a 183% increase in the cereal company’s above-the-line investment in Crunchy Nut, compared to the previous year. Today marks the launch of the digitally-led competition, which challenges Crunchy Nut fans to eat a bowl of the cereal in a “troublesome place or at a troublesome time,” before sharing video evidence of the consequences with Kellogg’s though the hashtag #TastesTooGood.

The search will identify the biggest Crunchy Nut fan in the UK, with the aim of cementing Crunchy Nut’s position as the go-to cereal brand for taste. The initiative has been developed in partnership with global marketing and technology agency DigitasLBi and full service creative agency Leo Burnett. The reach of the challenge will be heightened by a host of social influencers posting videos of their own entries – including comedians Cian Twomey (5.4m followers) and Dylan Evans (1.6m followers), football freestyler Jamie Knight and Radio 1 DJ Scott Mills – ultimately pushing the campaign to a combined following of 11m social engagers.

As part of the spend, Crunchy Nut is on TV now, featuring a new end-frame highlighting Kellogg’s latest innovation (Crunchy Nut Peanut Butter Clusters) a cereal which generated Kellogg’s highest ever level of organic engagement on a social media post. The post was shot under the popular format of ‘unboxing’, to reveal the peanut-themed packaging. Kellogg’s Search for the Ultimate Crunchy Nutter competition goes live on Facebook and Twitter from today, using a launch film directed by George Sawyer from Channel X. Kellogg’s will develop reactive branded content based on the videos submitted by Crunchy Nut fans. The best entrants will then compete in a special game show, where one person is crowned the “Ultimate Crunchy Nutter.”

Gareth Maguire, Cereal Marketing Director for Kellogg’s UK & Republic of Ireland, said: “We are excited about investing at this scale in Kellogg’s Crunchy Nut – it is no. 1 for taste in the UK market and, as consumers know, the food is irresistible. Powering up Crunchy Nut through TV and digital allows us to grab fans’ attention by dramatising this irresistible taste; engaging with consumers in a fresh way while utilising social media influencers and audience participation. Crunchy Nut is in more than 6.5 million households across the UK. That means there are plenty of Crunchy Nutters across the nation, and we are looking forward to seeing the breadth of troublesome situations in which #TastesTooGood comes to life.” 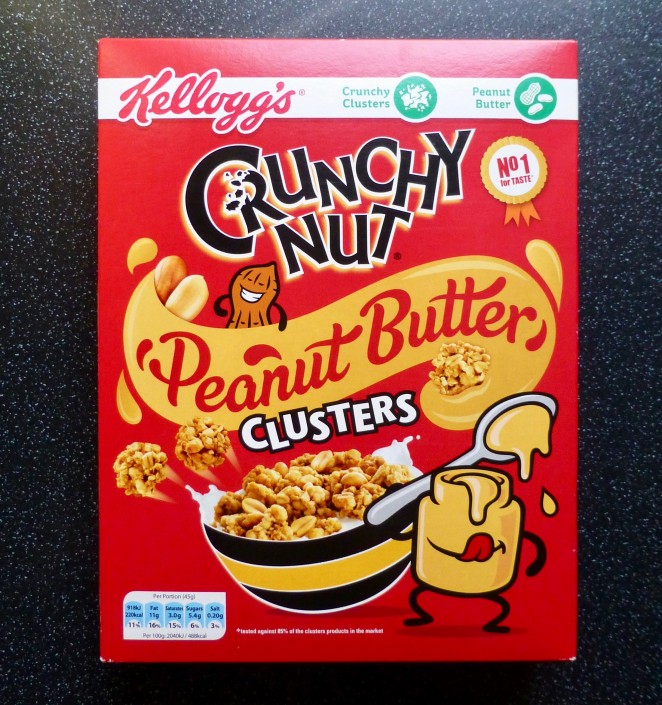 Chris Clarke, International Chief Creative Officer at DigitasLBi, added: “To make the content we’re creating with Kellogg’s truly engaging, we’ve boosted our team with talent from the world of TV programme-making – most notably our Executive Creative Director, Peter Drake, who has great experience developing programming for the likes of Nickelodeon and Cartoon Network. The Search for the Ultimate Crunchy Nutter is a great example of the way in which we’re approaching content for Kellogg’s from an entertainment perspective.”