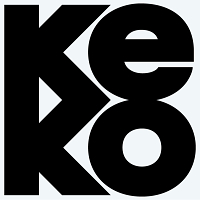 Exhibition stand graphics for Bentley’s Centenary year and at the 2019 Geneva International Motor Show in Switzerland.

The stand had two areas, one that celebrated the Centenary and the history of Bentley, and another showcasing technology and the future. My role was to work with the art director and exhibition stand makers to produce visual concepts and then artwork (including detailed measurements and direction for 3D element placement) for the two areas.

There were 3 inset areas along a curved wall. Two had individual panel boards with Centenary gold side detailing, one showing the history of Bentley’s cars and its people. The other showcased the new Continental GT Number 9 and Mulsanne W.O. Edition by Mulliner, some of the design components and 3D elements.

The panels were written in English and French. Some were inset with 3D elements such as screens, material samples and components of the new car model. The designs had to be future proofed as translations and sizes of some elements came in at the end of the process. Detailed specifications were provided with artwork files for the stand builders.

The central flat inset area had a photo wall of ‘100 years of Bentley’ images as well as a large extruded Centenary logo. I was able to have input into the design/art direction, making the photo wall into Bentley’s diamond pattern, which was subsequently used in other Bentley exhibits. The grid of the imagery was perfectly aligned with the edges and imagery was carefully placed to have an even balance of tone and colour, and work in the diamond crops.

The Innovation Lab area had a polygon lattice background around the curved walls made of strip lights. Each image and copy panel had to be separate, with bespoke die cuts made, working from stand builders’ CAD files and plans. The varying shapes created challenges with consistency of typography, as did the framing of the image choices.

Because this type of project has many moving parts and stages of sign-off, often working on layouts without having all the text or sizing information, having a structured work method and filing system makes the end of the timeline much smoother.

I organised the internal filing process so that final panel files were created in tandem with, and fed into, the wall artwork and concept decks. This made the last part of the process, between sign-off and file handover, happen quickly because the panels were artworked during, rather than at the end of, the project. This also allowed changes at panel level without having to work on both concepts to show client and artwork files.

Keko London has been a Contributor since 25th November 2015.