Within Oslo's city boundary there are 40 islands, 343 lakes and an entire forest. It's unique melding of urban and natural landscapes makes it an absolute trove of inspiration, and so its no wonder the city gave birth to one of the world's most famous paintings - Edvard Munch's The Scream. In amongst the natural beauty and Viking ancestry, Oslo's creative scene has also been powered by a robust economy and generous government investments in recent years and it has positively thrives with innovation as a result. Here's where to check out when you're next in town. 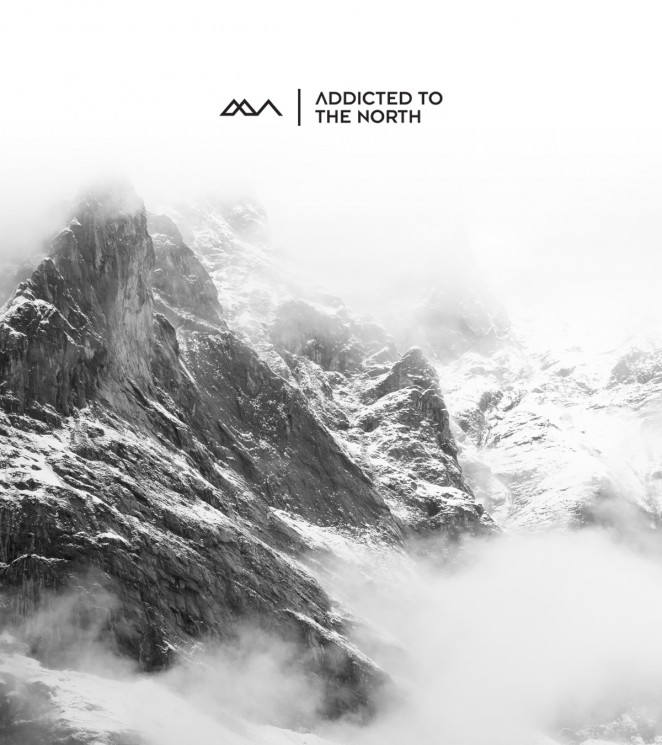 SQUARE is an independent, creatively driven design and manufacturing agency that delivers physical products for promotion and merchandising as well as working on brand development for a range of clients including hotel chains, cruise lines, private airlines, retail brands and events. These guys will come up with a creative concept, design and produce it, then work out all of the logistics for their clients from their Oslo home.

The goal of Imagine a Theory is to provide hybrid solutions between technology, design and VFX. Using their in-house talents as well as network of partners, these guys create a diverse range of high-end visual content, working on it from concept development through to final delivery across the fields of design, art direction, CG animation, online advertising, interactive technology, VR and more.

Tackling their work from the mindset that consumers, the market and technology are in a constant flux of change, Pocket collaborate with every client differently, rebelling against the traditional agency’s tendency to sell either the latest hype or a pre-paid solution. They call their brand of communication “solid, smart and sexy”, which we can definitely get on board with.

ShareMy3D is the fastest online platform for viewing and sharing 3D files. It enables users to communicate 3D information to anyone using a simple web browser and has the competitive advantage of being able to manage large files (5GB+) as well as supporting over 40 different 3D file types. Seamlessly integrating the fastest 3D viewer on the market into client’s websites, the platform provides a complete set of 3D tools, and APIs suitable for any workflow.

The Next Billion is an impact-driven crowdfunding platform dedicated to helping female-led enterprises raise the necessary capital needed to start, scale, grow and lead successful, sustainable businesses. The team behind it build platforms which leverage the power of the collaborative economy to give female-led enterprises worldwide access to finance, skills, networks and markets. 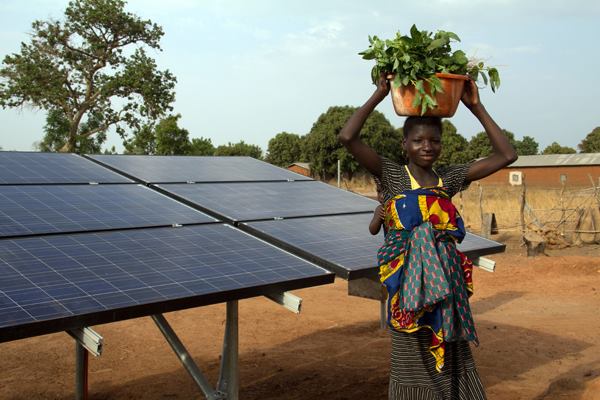 Kube Energy provides clean and affordable solar power solutions to businesses and organisations operating in areas of Africa where grid connectivity is either nonexistent or unreliable. They offer a 'full solar service' meaning they cover all upfront costs and take full technical responsibility designing, installing and operating systems, allowing customers to pay a low, fixed fee for clean solar power without the hassle of owning and maintaining their own power system. 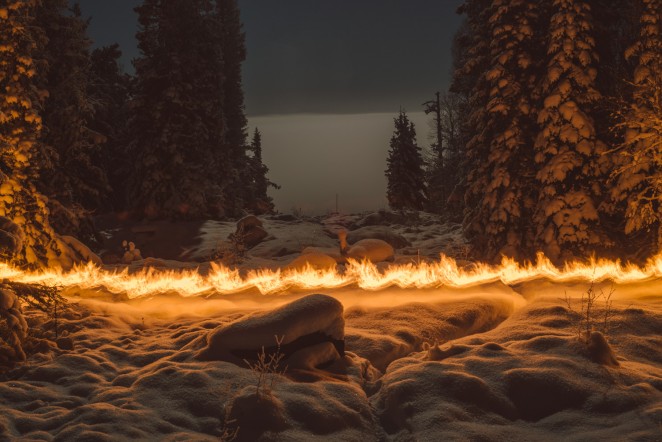 Terje is a self-taught photographer with an academic background in environmental economics who now works almost exclusively on independent, self-funded projects which bridge the intersection between art and documentary. His works have a journalistic character, but instead of publishing them on traditional press mediums, he uses exhibitions and photo books as a means to connect viewers with his world. 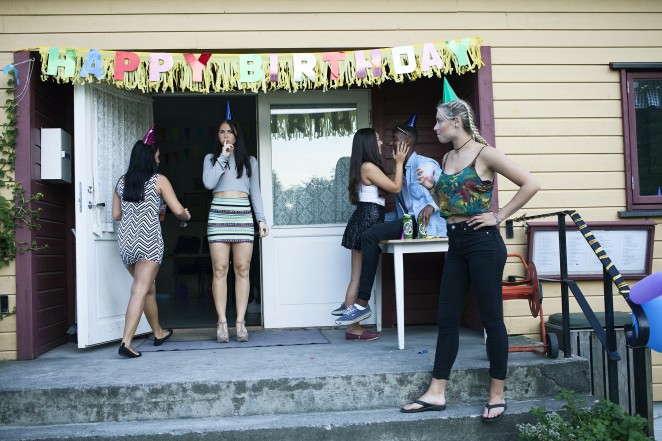 Taking a social anthropological approach to photography, Johnsbråten combines reporting with portrait work to explore topics such as gender, identity and discrimination. Several of her long-term projects have been exhibited in renowned galleries and festivals in both Norway and abroad. In 2012 she also received the Tribute Prize from The Freedom of Expression Foundation in Norway for her work The Norwegian Roma. 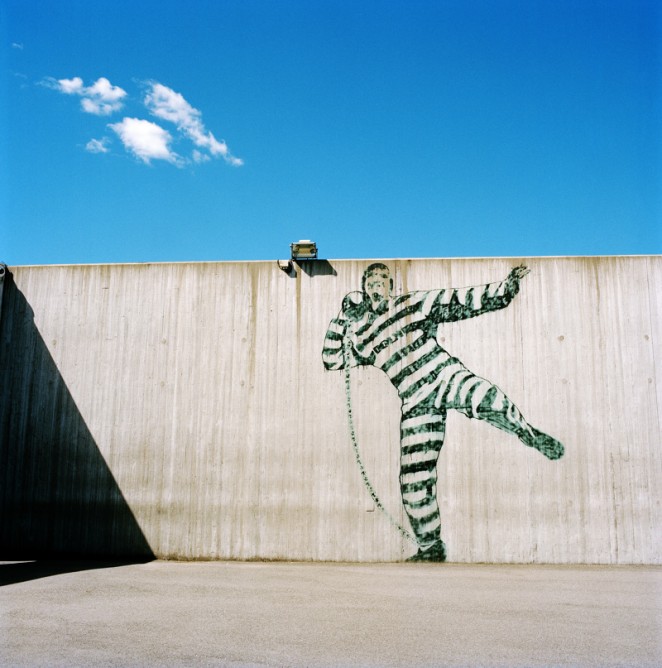 Working between the absurd, the funny and the sublime, Wang’s self-initiated projects such as Southbound (a book documenting Norwegians on holiday) are beautifully muted glimpses into human behaviour. Elsewhere, commercial projects for The New York Times and The New Yorker show off this Norwegian photographer’s keen eye for striking images in all its glory. 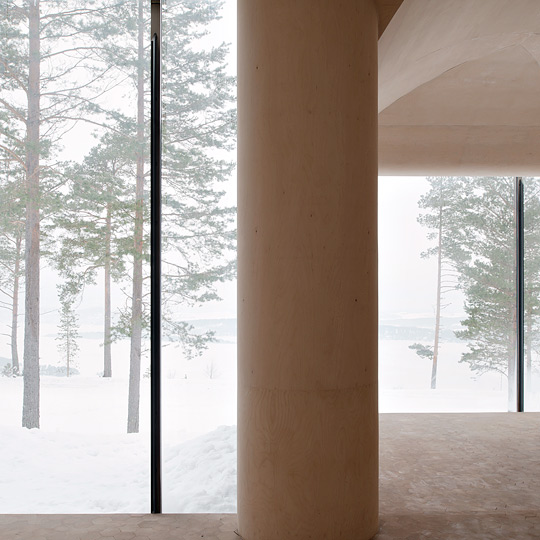 Atelier Oslo creates high-quality architecture in which the basic elements such as structure, materiality, light and space are emphasised and reinterpreted in order to solve problems. The ten-strong team’s portfolio includes projects ranging from large housing ventures to single family houses and small installations. 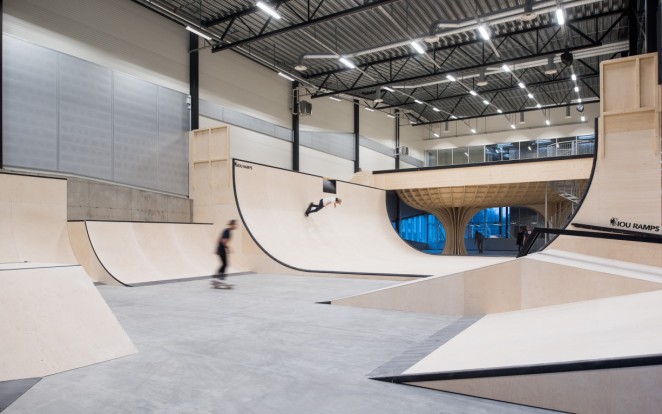 Part of the bigger DARK group, DARK Arkitekter is a team of around 40 architects who work on a great variety of projects with one of the most sophisticated model workshops in the industry. They pride themselves on always working with models as a result, as well as working at the forefront of BIM-competence. Recent projects have included the stunning Oslo Skatehall. 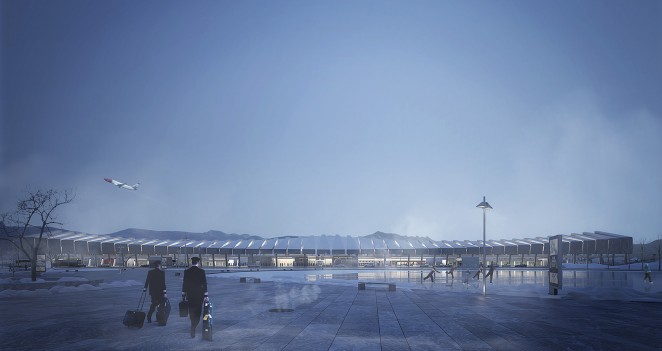 Mad believe that buildings are social beings and strive towards an ideal of creating architecture that adapts to different environments whilst still maintaining personality and character, i.e. blending in by standing out. By recognising a site’s urban fabric and social implications, Mad has cultivated the art of conveying an abstract essence into a formal response, be it a small infill-project in a crowded street, or larger scale buildings undergoing extensive transformation. 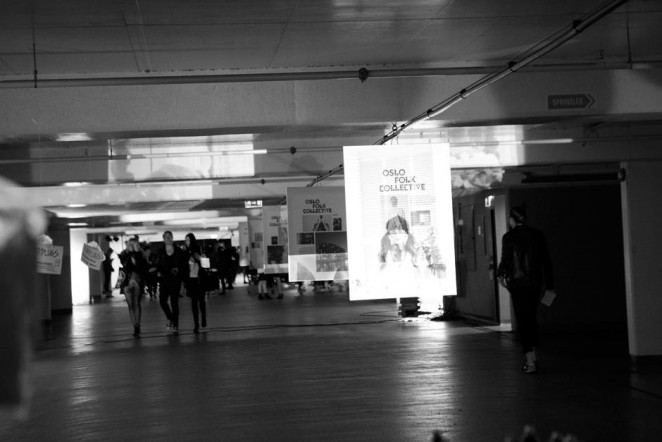 Liam Baker started the Oslo Folk Collective after finding himself stuck in a rut in his London way of life. He moved to Scandinavia eventually settling in Oslo where he created this online magazine about everyday people who inspire in Norway’s capital: celebrating their originality and promoting their dedication to pushing Oslo’s innovative boundaries. 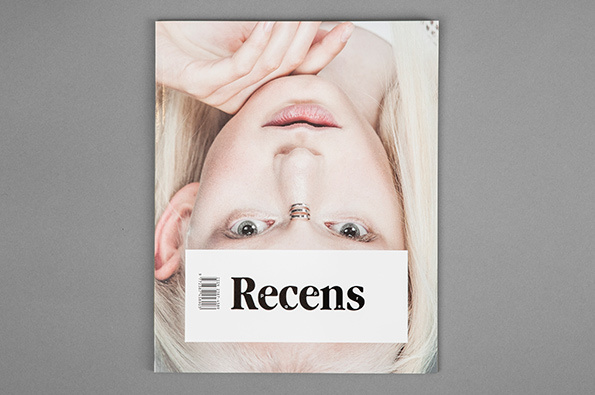 Recens Paper is a youth culture magazine exploring a generation who are tired of living in a society which ruins collective self-confidence with an exasperating expectation of perfection. Founded by a then 15-year-old (!) Elise By Olsen, the magazine celebrates a generation who will not be limited to gender binaries and will not accept the obligations of commercialism. 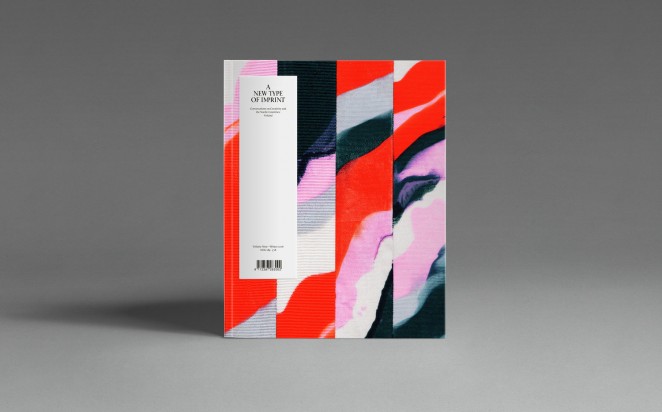 A New Type of Imprint

This magazine and platform on creative culture and design is published quarterly by ANTI - one of Norway’s biggest creative agencies. It's written in English and distributed all over the world, covering and promoting inspiration across all creative disciplines. 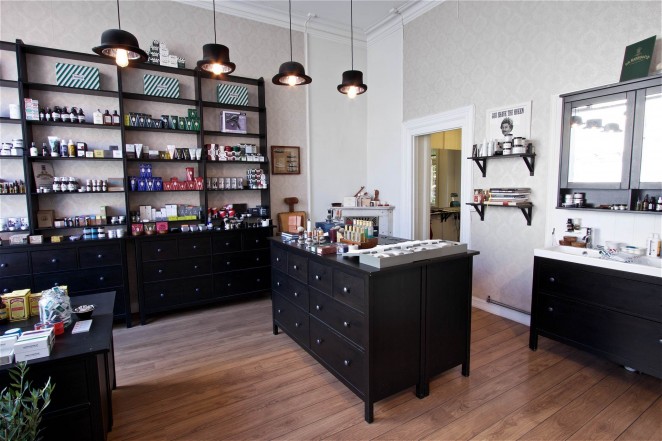 Part barbershop, part bicycle shop and part concept store, Dapper’s dedication to stylish, quality products means it rolls everything into one, making it one hell of a male playground in the process. There aren’t many places in the world where guys can head for a haircut and walk out with a new bike, so on the basis of intrigue we're in. 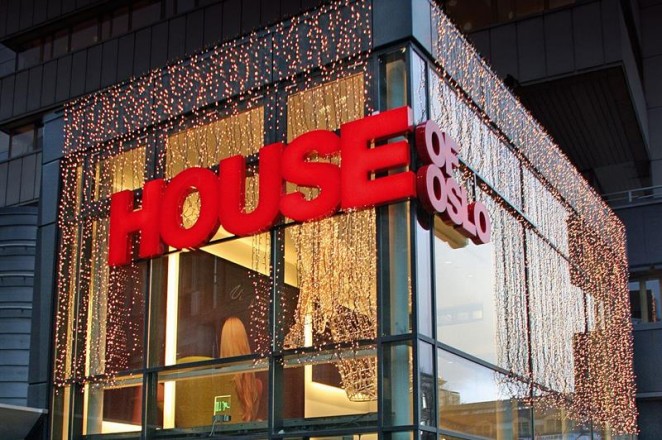 It’s technically a shopping center, but House of Oslo doesn’t feel like your traditional mall setup as a cluster of high-quality design shops all find a home it what could probably be classed as the epicenter of Oslo’s interior design. From teaspoons to sofas, there’s something to fit all budgets and tastes. 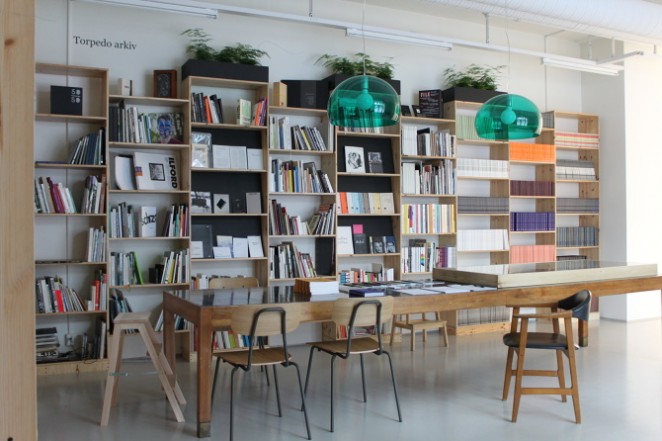 This small publishing house and bookshop are entirely non-profit as Torpedo remains devoted to the promotion and production of artists' books, art theory and critical readers in contemporary art. As well as functioning as a storefront, Torpedo also hosts and organises discursive activities, exhibitions and events related to the process of publishing. 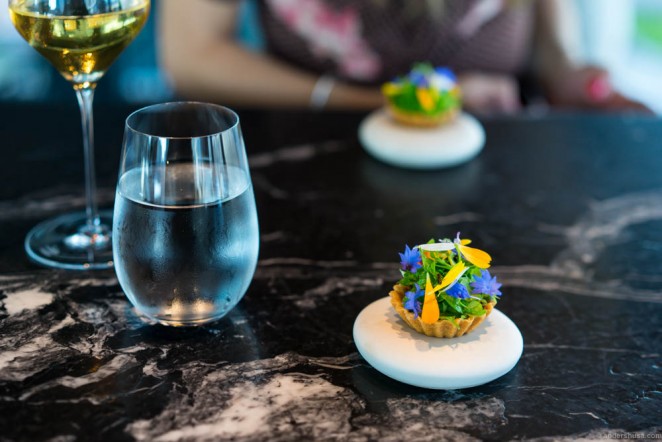 Ok, so first things first, Maaemo is NOT cheap. The ten-course tasting menu with wine pairing will cost you well over £200, but the setting, the food and the journey this restaurant combines are so sublime it’s impossible to talk about eating out in Oslo and not include it. Head Chef Esben Holmboe Bang’s menu is so groundbreaking that Maaemo was recently awarded its third Michelin star. Head there for a stunning reflection of Norway’s changing seasons and raw nature. 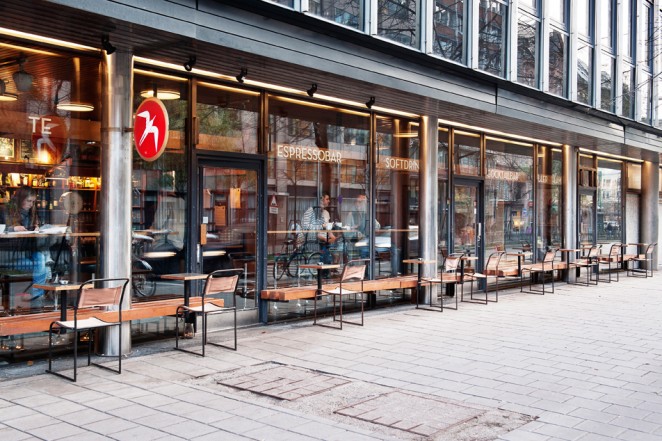 Everything at Fuglen is for sale: the chair you’re sitting in, the lamp you’re staring at and the table you’re putting your cocktail or coffee on. The second-hand design shop aspect of Fuglen has a focus on special, quirky and sometimes forgotten treasures predominantly from the 50’s and 60’s. Meanwhile the cafe serves coffees in the daytime and transforms into a speakeasy-style underground bar in the evenings. 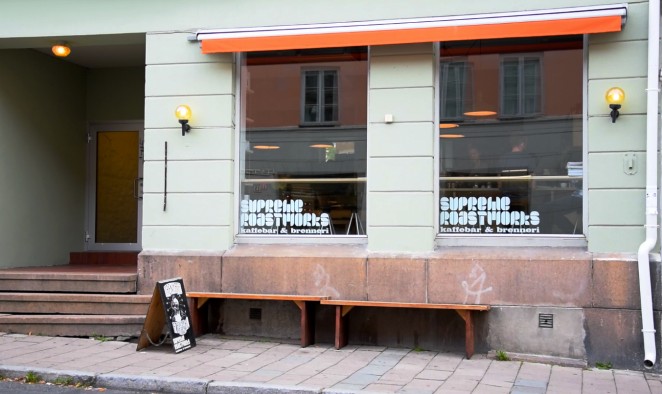 Home to some of the best coffee roasters in the world, it would be blasphemous to mention eating and drinking in Oslo without including at least one coffee shop. Supreme Roastworks is a micro roastery, coffee bean hunter, and coffee shop in the hip Grünerløkka district which started operating as a wholesale roastery supplying restaurants, cafés and offices in 2008 before opening up its first retail space in early 2013.

If you have any recommendations for places for future guides, connect with me here and let us know!