Aesop have designs on Game of Thrones

Following a competitive pitch, Aesop Agency, the brand storytellers, have been picked by HBO to design the Season 1-5 boxset for Game of Thrones, as well as UK-exclusive box art for the show's upcoming sixth season. 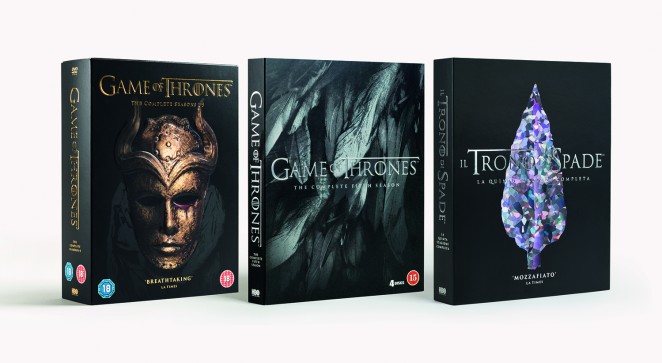 Their limited edition Season 5 exclusives come with show visuals both oblique and direct, which Aesop elevate with various print finishing techniques -- the black feathers of everyone's favourite crow, Jon Snow (brought to life with a tactile matte varnish), a spearhead made of dragonglass (highlighted with holographic foils), and the unblinking (sculpture embossed) mask of the Sons of the Harpy. 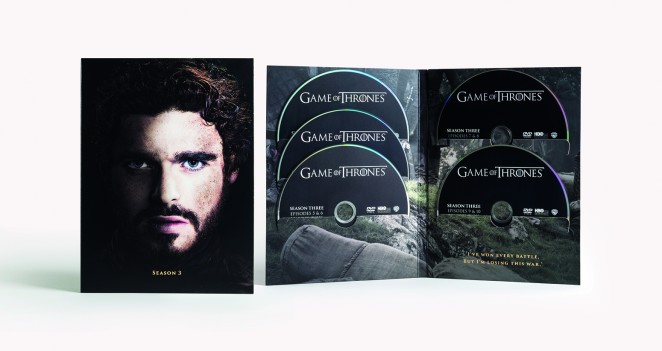 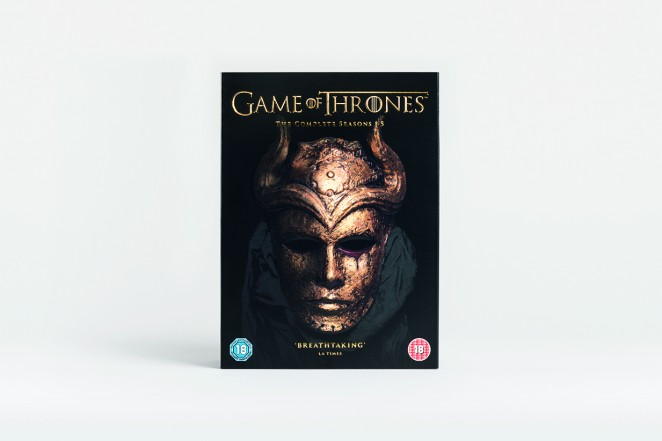 “We were keen to distill key storylines in Season 5 to single images that are both intriguing to new viewers, but have meaning and an air of excitement, to the existing. We can’t wait to see how the story unfolds and how we’ll bring it to life next season,” said Dan Calderwood, Aesop's Design Director.

We can't wait either. The new season premieres on April 24th.