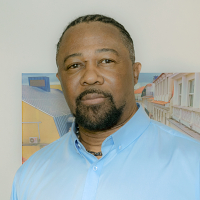 The following tasks represent a Commissioned Photography Project for Specific Items on Egypt, commissioned by Kenneth W. Peartree, hereafter referred to as the Client. These commissioned images are a unique photography project, and Global Positioning Satellite (GPS) orientation log of specified features at the site of the Great Pyramid and surrounding structures on the Giza Plateau, Egypt.

The final product must consist of multiple angle photos imaging of the exterior of three pyramids, the Pyramid of Menkaure, Pyramid of Khafre, and the Great Pyramid of Khufu, as well as the Great Sphinx. Primary concerns should be directed toward good lighting, focus, and the absence of people in the near frame of the images to the greatest degree possible. The goal is simple; capture coordinates and cardinal direction of all 4 sides of all structures, and images of all four sides and all four corners. See the file, Commissioned Photography Project, Specific Items on the Giza Plateau, Egypt - Task Photo Examples for a visual breakdown and other specifics.

Cardinal directions shall be captured utilizing a free cellphone App from APKPure, available for Android phones only. More information is included in the Task Photo Examples. No other application other than this free APKPure application can be used for this project without prior written agreement to that deviation in contract requirements.

These images are for scientific study, with the primary goal of detecting any potential pattern in the rock damage in these magnificent construction marvels. To this end, image capture positions were selected to provide a complete 360-degree view of each monument to excellence. Damaged areas, where previously covered rock is exposed, is of special interest.x Photo sequencing is simple and does not change from structure to structure, with the exception of specific damages to be imaged as identified in the Task Photo Examples.

Additional information will be made available to the accepted applicant. The project should take 4 - 5 hours with no required editing of images, simply shoot and deliver.

With the successful completion of this project, there will opportunities for follow-on projects.

To keep up to date with any jobs that come on the site you can register here. By registering you can build your own super stylish profile, connect with colleagues and companies and keep up with what is happening in the industry.