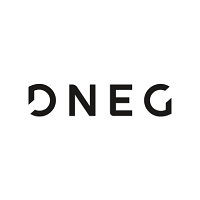 The Associate Producer role at DNEG is a rare opportunity in managing the largest VFX feature films and ambitious TV series, where we have two or more Line Producers. The role will see you working closely with the Producer, Production Manager and Supervisors to master an effective plan for the show, finding solutions to creative and technical challenges, and planning accordingly.

You will be working closely with the Line Producers, helping them define clear milestones for the delivery of assets, shots, temps and finals, and assist them with producing detailed shot schedules to track weekly progress. You will play a significant part in managing the wider production team not on a specific unit, mentoring junior members, troubleshooting any issues and generally creating a welcoming and productive environment where all can thrive.

If working within the TV division, you may have the opportunity to run a smaller scale show by yourself, with an Executive Producer overseeing. This is a rare and exciting opportunity offering an introduction to the Producer role at DNEG.

Excellent communication skills are essential for our Associate Producers as you will also be collaborating with a number of different people and departments to manage crew needs and create an effective approach for the visual effects work.

We are DNEG, one of the world's leading visual effects, animation and stereo conversion companies for feature film and television, with studios in London, Vancouver, Mumbai, Los Angeles, Chennai, Montreal, Chandigarh, Hyderabad and Goa.

About Us:
We are DNEG, one of the world’s leading visual effects and animation studios for the creation of feature film, television and multiplatform content. We employ nearly 7,000 people with worldwide offices and studios across North America (Los Angeles, Montréal, Toronto, Vancouver), Europe (London) and Asia (Bangalore, Chandigarh, Chennai, Mumbai).

Apply for this job

To keep up to date with any jobs that come on the site you can register here. By registering you can build your own super stylish profile, connect with colleagues and companies and keep up with what is happening in the industry.