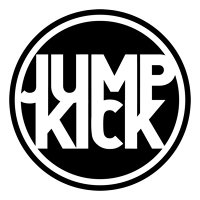 Award-winning London based communications agency Third City approached James to create some talking animal VFX in their promo ad as part of their digital campaign for ABI – The Association of British Insurers.

The film was shown across Instagram and Facebook, which resulted in a total of 715,180 video views, a reach in excess of 1.4m and over 1.8m impressions.

Working with Curveball Media – who directed the video and handled all the shots on set, James modelled, textured and rigged 4 individual dog mouth models for each of the different breeds. After pre-production planning to discuss the suitability of shots and the possible pitfalls to avoid, the shots were filmed on-set at the ‘Central Bark’ cafe…. Once the final rushes were received, shots were then tracked to isolate the dogs head movement and tweaked to enable the mouth overlay to sit and follow the motion of each of the dogs for their respective shots. The 3D model mouth rigs where then animated in time to lipsync with the voices of the actors.

Finally, a large amount of rotoscoping and masking across individual keyframes was required throughout in order to blend between the live action footage and CGI renders.
About the campaign:

Encouraging young people to engage actively with pensions is no mean feat. Yet that was the challenge set to Third City by ABI. They needed to seed the idea that a pension is a good thing without preaching or patronising; and to do this, the video used humour, bringing together two millennial passions – pets and brunch – to land the messages in a palatable way.

The digital campaign centred on a disruptive 40 second film to grab attention. It stars four dogs at the ‘Central Bark’ café, complaining about the daily grind, and talking about their future plans. The final message is that to avoid working like a dog all your life, you should love your pension.

Add yourself to this project
Project featured: on 19th February 2019