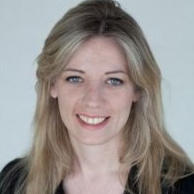 The brief was to maximise the success of Disney Princess content on YouTube and create an ongoing strategy which, as well as driving increased engagement with kids and parents, connected the content to Disney Princess products in retail.

The first step was to conduct an audit of all Disney Princess content on YouTube to understand what content was driving the most views and what content was sustaining interest. This led to a key insight, which was that as long as we delivered music and movie (which was the most popular) and delivered against the most prevalent search terms (e.g. Disney Princess names e,g Cinderella, Snow White) we could rely on a video playlist strategy that piggy backed on established Disney YouTube channels rather than creating a new YouTube channel which would require resources, time and increased budget. As a result of these cost savings, more budget could be put into the creation of new content.

The audit also revealed opportunities for new content creation. There was an untapped desire for lifestyle content that would allow us to make the link with retail products.

The strategy I created was based on the following principals:

• Disney Princess was organized by video playlists that reflected the most watched content, and content that audiences were searching for.
• These playlists were structured and optimised to increase ‘watch time’, thereby aiding our performance with YouTube’s algorithm.
• A new strand of content went into production that connected with Disney product at retail e.g. product reviews & demonstrations, Disney Princess party ideas, bedroom decoration etc.
• This new content would allow us to upload regularly and facilitate content planning -ensuring content was relevant & fresh.
• An always on media plan which could be dialed up or down depending on market forces (key sales periods, relevant movie releases etc.)
• Connected to the media plan, a test and learn plan would allow for continual learning and improvement, testing elements such as retail messaging etc.

The strategy resulted in the following:

• The new playlist strategy increased views, content completion rate & overall watch time
• There was a 52% increase in YouTube channel subscriptions
• The media plan resulted in a 117% uplift in overall views
• The content production & playlist structure allowed us to explore areas such as co-creation with partners and allowed us to increase sponsorship and ad revenue.
• The strategy was rolled out to other franchises such as Star Wars and Disney Pixar Cars.