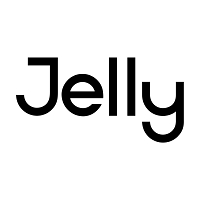 For Mental Health Awareness Week Niceshit animates a colourful cast of emotive characters inspired by real-life stories of NHS frontline workers and their experiences of working during the pandemic. Supported by The Laura Hyde Foundation, who ensure that medical and emergency services personnel have access to the best mental health support available, ‘The Feelings’ brings to life a cast of charming characters – including ‘Power Less’, ‘Rising Dread’, and ‘Red Rage’ – to communicate common thoughts and feelings of front line healthcare workers. McCann researched and created the script which Niceshit designed and directed in a film that draws attention to the reality of what front line healthcare workers experience.

Niceshit are known for their diverse and sensitive character work, exemplified in the design of the seven main characters in this film, and for their hybrid blend of design and animation techniques. The characters were developed based on the several emotional states identified by a group of first responders during the research phase and were crafted using brushes and hand-painted textures to add the humanity and sensitivity needed in treating this subject matter.

As well as raising awareness, the campaign serves to highlight services and resources available to healthcare workers specifically. The campaign was featured as 'Ad of the Day' in both The Drum & Campaign as well as being picked up by other notable press titles

Add yourself to this project
Annual 2022 ShortlistThe FeelingsSocial Good Contributor:

Jelly has been a Contributor since 25th November 2015.