Investec Private Banking is launching the next phase of its “Restless Spirits” campaign, which raises awareness of its alternative approach and entrepreneurial approach, featuring two new individuals: pioneers of business and social purpose. Created by BBD Perfect Storm, the campaign features Edwina Dunn, the co-founder of Dunnhumby, CEO of Starcount and founder of The Female Lead, and Jaimie Fuller, the chairman of the Australian sportswear company SKINS. 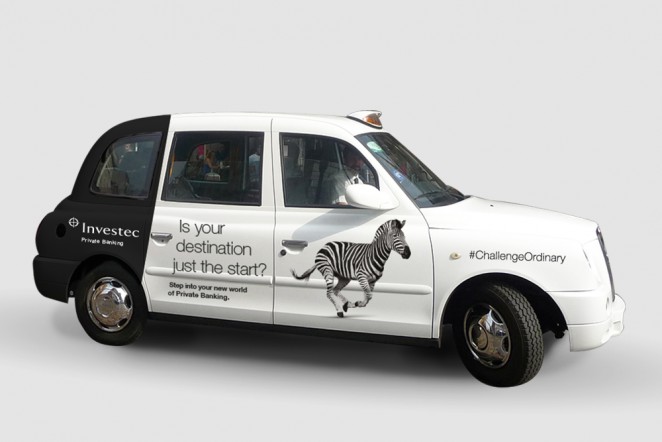 The pair will feature in the campaign due to launch on 12th September with a series of outdoor digital and print executions. They will also appear in Investec Private Banking’s digital magazine, The Stand, with video interviews and behind-the-scenes footage of the campaign photo shoot alongside regularly updated opinion-led editorial. Dunn and Fuller were chosen to join Investec's roster of business ambassadors because of their background in championing causes with global resonance to help build awareness of universally relevant issues. They also both have history integrating business with social purpose, which is reflective of Investec’s own foundations as a business that puts its values at the heart of all it does.

Jason Foo, the CEO of BBD Perfect Storm, said: “Investec’s desire to champion social causes is integral to its history and this campaign provides a fantastic platform to raise awareness for issues that carry global resonance.” Iain Clark, Head of Marketing at Investec Private Banking, added “We are excited to bring the next phase of this thought-provoking campaign to market, supporting and promoting the fantastic work Edwina and Jaimie are doing in their respective fields. It has always been vital to us that our ambassadors personify the values of our clients and our people.” 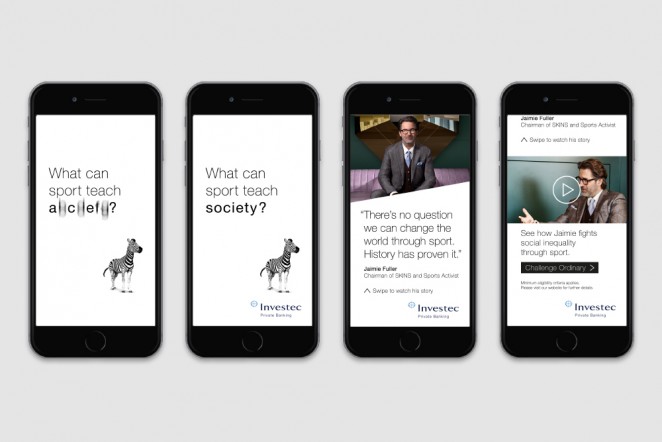 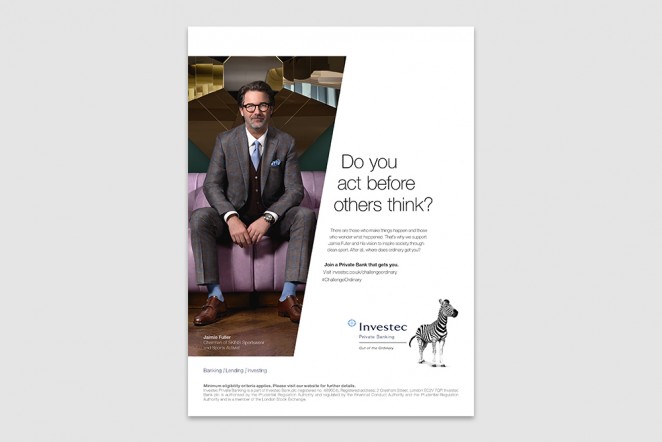 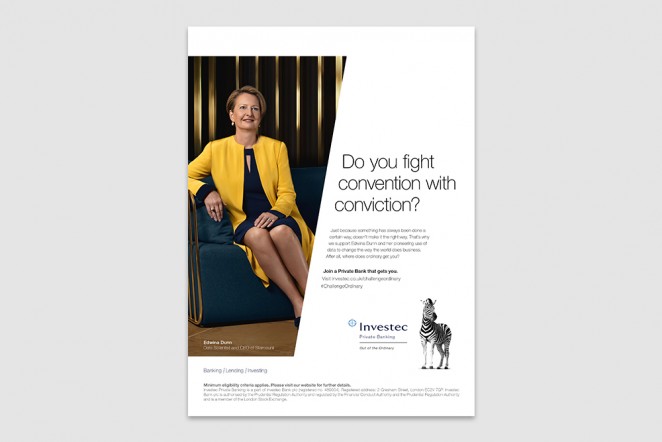 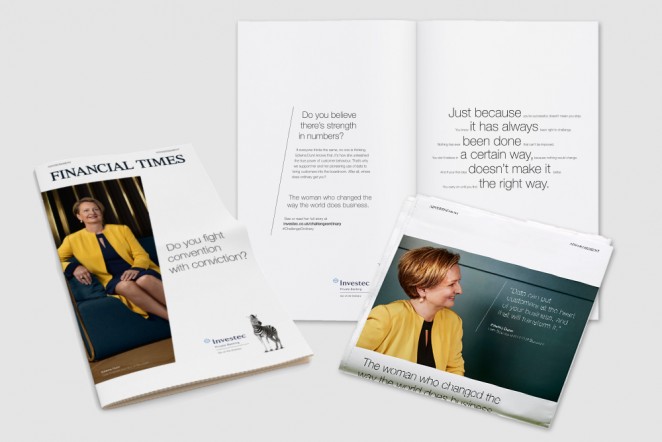