Vasilisa Forbes is a fashion photographer and video editor, who's also the brains behind the #WaxChick project. You might have seen her billboards popping up around London, or caught her speaking at the ICA. Controversial and throught-provoking, her focus on female sexuality in the insiduous world of advertising is eye-opening to say the least. But maybe NSFW. 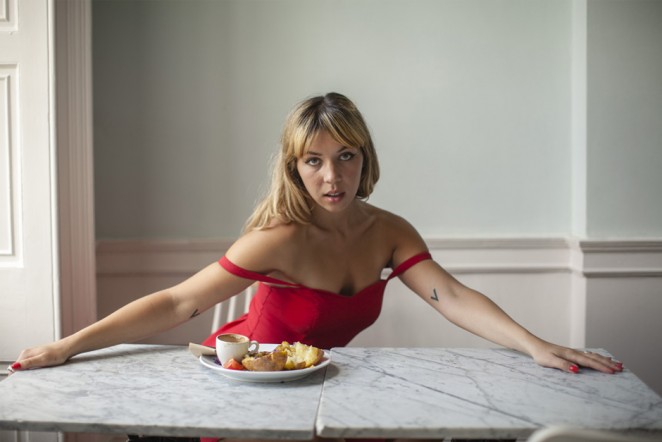 How would you sum up what you do? What is your professional background?

I've been working for a few years as a fashion photographer and video editor / video creator and made a production company called First Films which works with independent brands to produce digital film content.   I define myself as a visual artist who also works within the commercial industry to produce content. It’s the cross-over between the fashion industry / commerce and art that I find engaging - lots of independent brands that I work with are using 'activist' style directions and aesthetics for their brands, (presumably why they hire me to do the content) becoming more than just beauty, fashion or clothing brands but brands with a desire for change, a voice, an arts enthusiasm that is genuine and not just a selling tactic - these are the brands I love to work with as they teach me something too, and allow me to use my ideas to create meaningful fashion films.

I'm so glad to see this happening with brands. It is super that art is hugely engaged with the commercial industry to change it for the better rather than as a 'sell out' concept. People are starting to really utilise these techniques and areas for better purposes. Plus the art industry is just as bias and commercial as any other – the future is activist! Activism through any medium be it fashion, art, commerce or digital.

What are the main differences between your editorial work and the project WaxChick?

Waxchick is my own project so it is limitless - boundary-less, I can go exactly to the furthest realms with it, and that is what I have tried to do. My own frustration at the commercial industry has led me to create the series. Initially wanting to comment on the representation of women in advertising and pop culture, the series has now expanded to a general critique of 'forced media' - forced advertising, and consumer culture. The main aspects of Waxchick in the imagery is the analysis of the male-directed gaze in the way we see women stylised, portrayed and exhibited for selling purposes - in cinema, music videos, pornography and outdoor advertising. It is very personal, and important for women, men and LGBT individuals too.

The point is regardless of the amount of women 'in power’, how often in popular media do we see positive roles that women portray? In how many films do we see women being versatile, diverse characters? Why are women in the 'minority / special' categories of film festivals, doctors forms etc - we are half the population this is ridiculous! How can anyone suggest this is an area not to challenge?

I rarely see portrayals of women that I can relate to or believe in in cinema, advertising, publications, music - most media output seems to retain the conventional male gaze and male view of women, and this really affects the younger generation of how they see themselves and as modern women in the west with an essence of ability, we need to make our voice heard in regards to this. In regards to critics who consider the images to be sexualised – I think its important to note the reasoning behind that. That the pictures are designed to create a stylised version of the male-gaze specifically, and must do so subtly, not with any overt feminist undertones so as to pose this as a question to viewers particularly in the outdoor advertisement-parodies: will these images affect our common passer-by or are we so immune and bombarded with such existing imagery that it doesn't seep through?

I mean the immediate answer to that is I am a woman. And the two artists you mentioned are men. Now those two artists mentioned - Bourdin, Jones, dealt with the sexualisation of the female body, fetish / fetish roles / sexual fetishes (using the female) and fashion. I'm a female artist, so I direct my own work, and promote it and make use of it. I also feature in it as the performer - the object / the subject / the situation / the female. So, in opposition to those artists I am using my own body to tell the story - not the body of another. I am using it to tell the story of women, and of where women have come from and where they are going - so I start with talking about where they are now. And where I see them being now is still in a place of transition from the male-view of themselves that they outwardly wear and carry, to the future view of themselves that they hope to achieve.

That middle area is where many women still see themselves through that internalised male gaze - so they style and dress and think themselves as part of that - and the future of women - where they are truly sexually liberated, strong / vulnerable , themselves, versatile, however they want to be - uninhibited! Where they can photograph their body, they can talk about their sex lives, they can post topless photos and naked photos and not be afraid of being shamed - this is what we want for the future and not where we are.

Ellen von Unworth falls into the category of the two male artists mentioned here and her work is always considered a 'female point of view' in these same style - as she photographs other women, its an interesting area to consider. And going back specifically to the question - my idea was to take hint from those artists as I do admire the style and tone of their work - but not necessarily the content or use of it. My series is a question on all the male artists that have come before and worked in that style - but this time I'm using my own body, directing it myself in a subtle homage / anti-homage to their work of fetishising the female.

Why do you think the theme of female sexuality is still controversial in this day and age?

Because it is - look around us. It just is and I don't know why - I wish it wasn't. I wish we could do as we please and feel good about it, but even my series is causing controversy and being banned in places when it really isn't that intense at all. People just don't seem to be comfortable with the topic.   Gisele Defares answered that well in an article for Literally Darling where she referred the historic nude to the contemporary woman - that we have only just started to see the 'uninhibited woman' being presented and displayed in art and people seem to be so shocked and surprised by that.

The arrest of the female artist in Japan who created a 3D sculpture of her vagina is a shocking problem - how can someone be arrested by an 'obscenity law' for documenting her body, while Manga and areas like this create very explicit illustrations of violence against woman - a hypocrisy at the very least.

Four of my billboards were denied posting by the advertising companies as they were deemed too explicit although they just showed women with more 'force or presence' - there was no nudity, no overt explicitness, they just seemed to have a character and were in underwear - but as the advertising interim agency that also was surprised at the censorship said "We see thousands of underwear adverts with models so we thought your image would be fine, we didn't understand why the billboard company denies its publication”.   The answer from the billboard company was that the image was too "provocative" or had "provocative implications" - so as long as it just showed a passive underwear model this would be fine, but as it showed a woman in underwear with a purpose it wasn’t.

Powerful and independent women who are upset at the status quo, female film-makers and female artists who often take on areas that are considered 'male' I find inspiring and exciting. Women that balance beauty and brains, and intellectual women who help create change, inspire ideas and encourage confidence in others.

There's so much advice that I would have loved. I still need advice now, and I always ask friends, my boyfriend, people around me. I seek advice through books, through philosophy, through literature on what, how and where. There’s never an end to learning, and it’s impossible to put just one thing here.   Maybe 'Don't panic' or 'Don't over-think the creative process’. If I think too much about editing a video for example I'll never get it finished, I have to save the over-thought ideas for the artwork and not the commercial work.

What new technology is getting you excited?

I'm always sceptical of technology, because once I have experienced a new piece of technology it doesn't really hugely affect my life or how my mind works. Humans remain the same as technology grows and our moral / psychological evolution has been much slower than technological. therefore we are having these moral problems, particularly the ones I mentioned - of the body online, of ideas of censorship, or our relationships to each other - so really we either have to keep up with the evolution by educating ourselves at the same pace, or suffer consequences.

Last year you exhibited your work on billboards in London – why did you want to put your work in the public domain?

The main aspect of the project is certainly the way the public react to this kind of imagery and advertising - the only way to comment on advertising directly is to put the artwork in that realm - so that it specifically talks about advertising through that area. A subversive commentary on how we view forced media - directly through the source itself.

The images directly address the issue of female representation in the public realm - the appearance and projection of women in advertisements and public presence: the way they are styled, stylised and presented in terms of physical appearance, dress, attitude to the camera, attitude to the viewer. The adverts we often see present a view through the conventional, often misogynistic male eye only: and in this way sexualising the female body or pacifying the female personality to become a stylised image constantly re-used for the purpose of selling, attracting the straight-male attention, and using sex to sell. 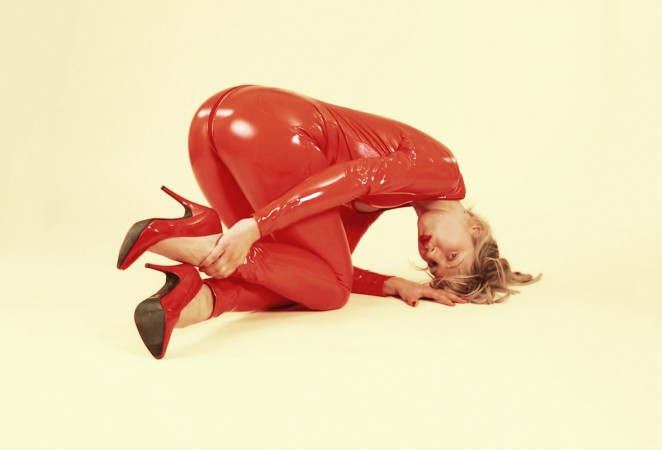 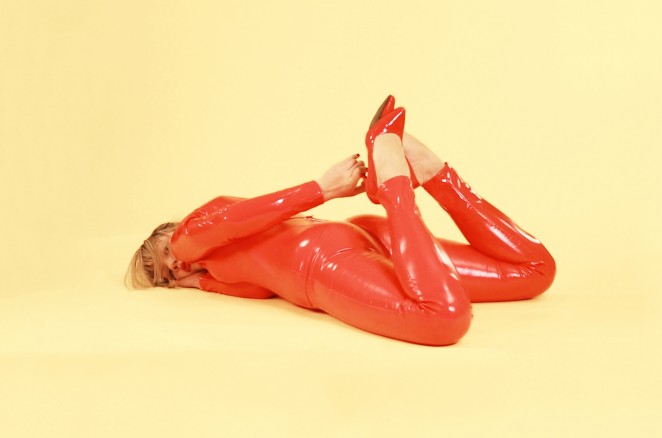 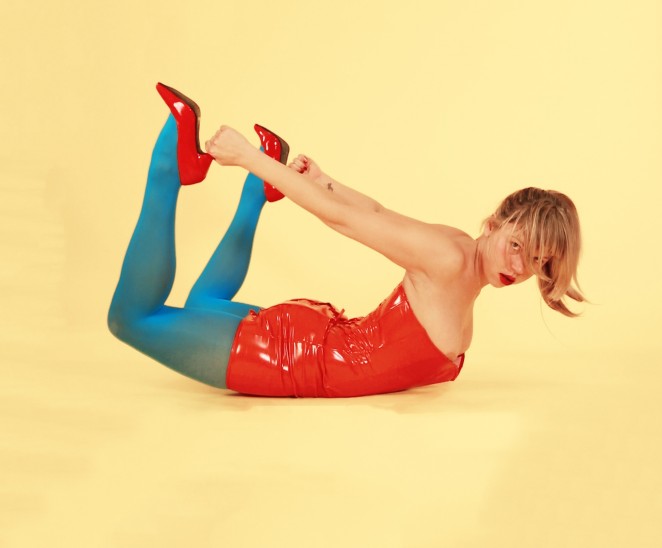 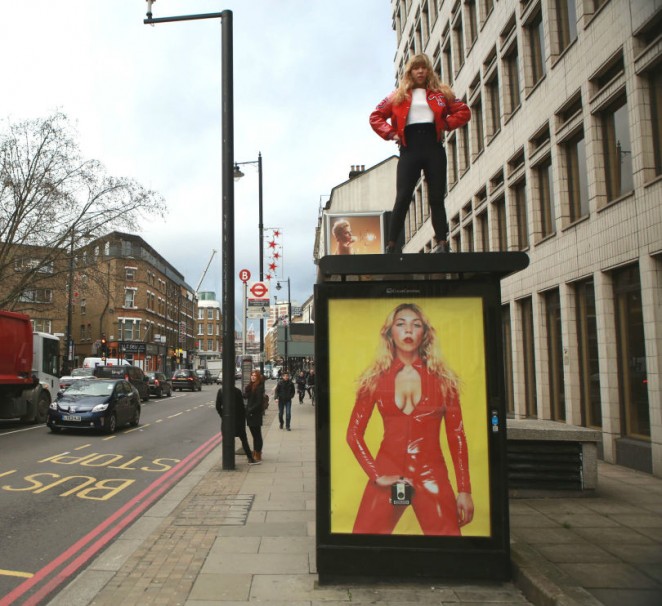 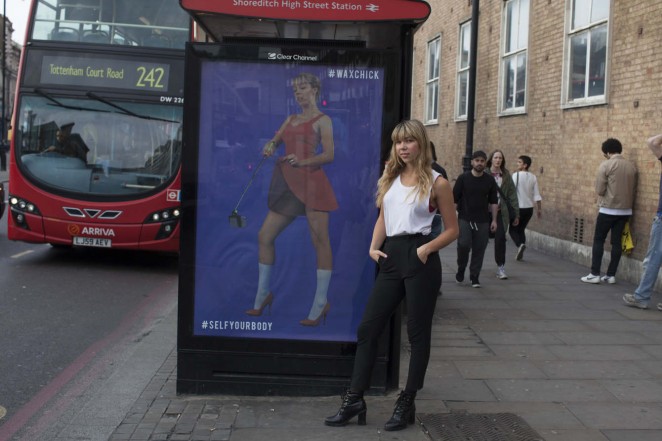