Eric Yahnker is all about intricate pencil work, pop culture puns and a serious approach to his work. He doesn’t make it easy to dismiss his work as pastiche, mainly because his finger is superbly on the pulse of contemporary society. Whether he’s turning the most famous US President into Abe Lincorn (that’s Abraham Lincoln with cornrows, obviously) or giving Putin a boy-band makeover in Crimea River, Yahnker’s satirical skewering pulls no punches. He’s a democratic artist in his bid to take the piss out of politics and pop stars alike. 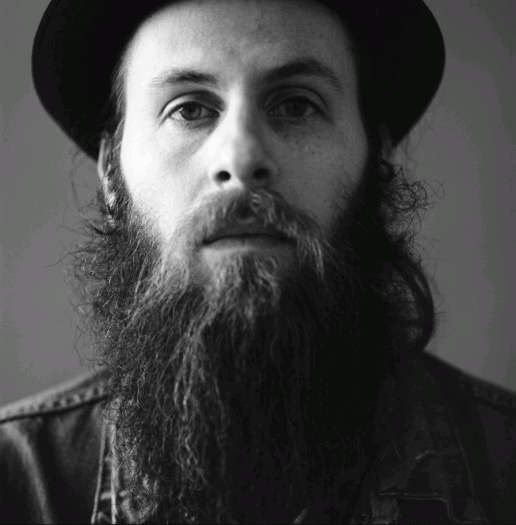 How does creating art on your own terms differ from the commercial work you’ve done in the past?
The methodology is probably very similar, but the commercial/personal paradigm is mostly existential or psychological. I mean, I was never good at having a boss or working with others in general, so I literally painted myself in a corner of solitary confinement with the hard labor of my choosing.

You started out in journalism before moving into the art world. I imagine research is quite a big thing for both types of work—but are there any other parallels between the two?
Both journalism and art have ‘seeking truth’ in the job description, but only one is lorded over by teams of editors, legal departments, and pesky ethics, where the lack of verifiable sources and facts can derail the juiciest headline. Of course, I take for granted most of my audience can look out their window and see if it’s raining, so I don’t see much need to pander or spoon feed. Hopefully I’m making visual comedy both idiots and intellectuals can mutually beat off to.

How does your creative process work? Do you really love pencils?
My sketchbook is mostly filled with words rather than sketches. My creative process begins with condensing a concept, ringing it out like a wet rag until only the sparest of language remains. Then, if not readily available, I hunt down the necessary imagery to fit the language I’m left with, and simply draw the results.

As far as pencils are concerned, I just love to draw. There’s not much more to it than that.

How do you use humour within your work? Are you trying to make serious comments underneath the initial visual impact?
I consider my shows long-form, comedic, visual poetry. I want my work to be able to exist as much alongside Gary Larson as Jean Luc Godard. I do take comedy incredibly seriously. I more than love comedy. I revere it. I want to be a good and dutiful, lifelong steward and servant to it. But, I don’t want to be overly influenced by its past. I’d rather consume deadly serious things affecting our current zeitgeist, and find ways to create accessibly intelligent broader social truths through my own original visual satire.

What do you think about the idea of ‘high-brow’ and ‘low-brow’?
Each generation criticizes the one after it as being more ignorant, less moral, and having far shittier music and haircuts. We’re all guilty of having guilty pleasures. I don’t personally watch Jersey Shore or Honey Boo Boo, but I’m glad they exist. After all, cultural deterioration is a prerequisite for the satire business! Nonetheless, I still need a few folks around who read Brontë to comprehend the full ‘smarty-pants’ subtext of what I do. It seems as well that the humour isn’t only to do with the visual but also with word play and puns.

Something like the ‘Guacstika’ immediately jumps out as a piece that combines the ridiculous (if you can call guacamole ridiculous) with a rooted historical reference. How do you make your work so multi-referential?
My first art hero was Los Angeles Times’ multiple Pulitzer-winning political cartoonist, Paul Conrad. Historically, political cartooning aimed to illustrate current events for the illiterate masses, and perhaps reflect the artist’s opinion, but Conrad really seems to have refined the craft, employing more than just thought bubbles and clever captions, but academic visual metaphor and thoughtful historic and biblical references beautifully intertwined with pop culture that could towel-snap as hard as Oscar Wilde, yet tug at your heart strings as softly as Steinbeck. It’s truly Shakespeare’s Globe encapsulated into a black and white, daily, single panel cartoon on good, old fashioned newsprint. I never wanted to do anything so much as follow in his footsteps, but the death of print journalism said otherwise, forcing me to bring my wares to a more highfalutin clientele.

You’ve used such screen sirens and pop princesses like Lindsey Lohan and Miley Cyrus. What attracts you to these figures?
I’ve often said exploitation of celebrity is just a sound strategy to deliver broader social truths. The attraction begins and ends there.

The “turd hat” pieces particularly appeal to me- can you give us a little explanation of how these images were born?
Back in 2007, I was finally returning to drawing after spending several years working exclusively on labor-intensive sculpture, and I really wanted to find excuses to draw certain textures, like glistening turds. But, of course, I couldn’t help but give what started as a drawing exercise some greater significance, so I started creating a Turdhat Prophecy with as much secret symbolism as the Freemason’s. Ultimately, after drawing 5 Turdhats, I got sidetracked, or bored, and moved on. Fortunately, a single collector bought them all and keeps them together, which makes me happy.

Moving away from the bodily “turd” to the more ethereal… Biblical figures feature heavily in your work- what effect do these create? Are you hinting at something more mythic in your work?
I’m an equal opportunity exploiter! I’ll exploit any belief system which aids my comedy. I can’t think of a bigger celebrity than Jesus, although maybe John Lennon had a case at one time.

I read that you whited out all the letters of the Bible until the only letters left spelt out BEEGEES and called it BEEGEESUS. This seems like time well spent but how long did it actually take? Do you exhibit this piece?
This was one of those aforementioned labor-intensive sculptures. I made Beegeesus back in 2005, and it took roughly 2-1/2 months of getting high on white out, 7 days a week, 11-hours a day. I think I’ve shown the piece three times thus far. It seems to be pretty durable, as on each occasion I allowed viewers to flip through the pages wearing white gloves, but I’m not so sure I can do that anymore. If it ever fell apart, I’ll be damned if I’d ever make another one! 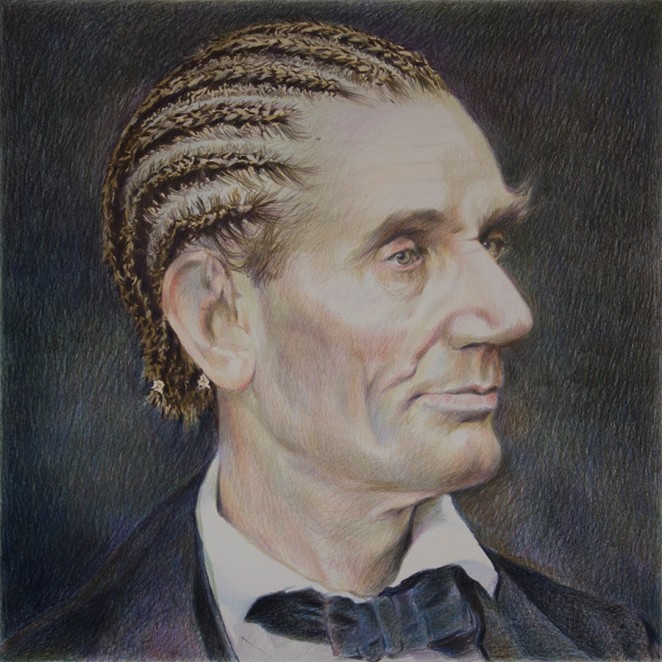 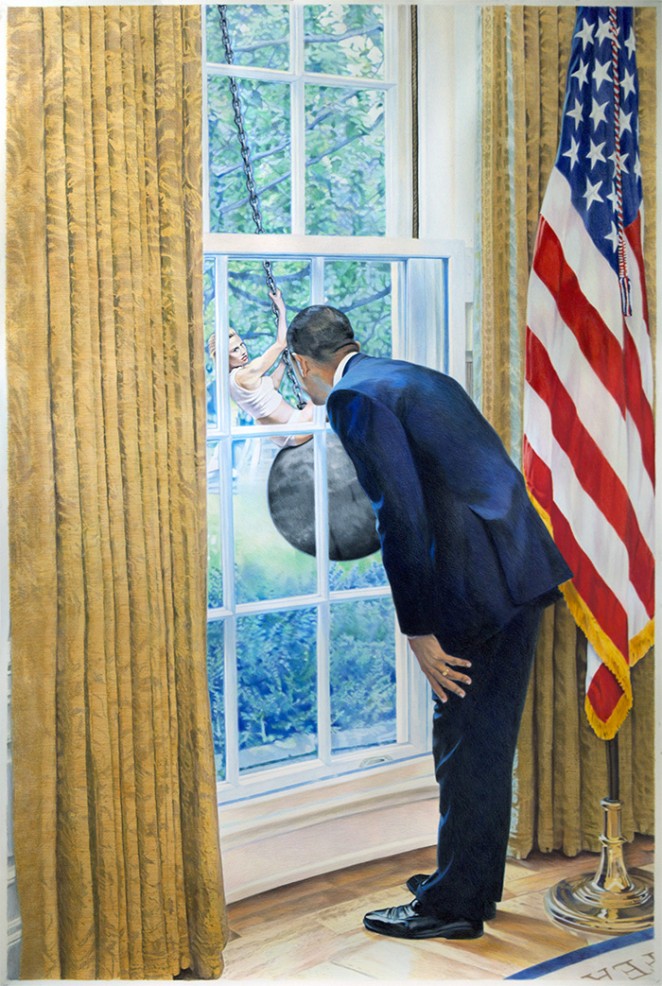 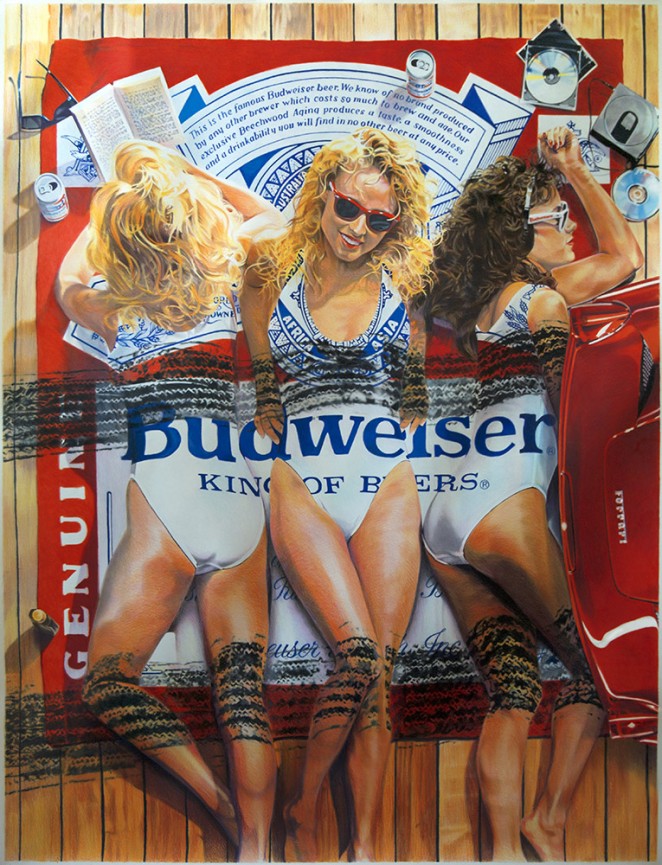 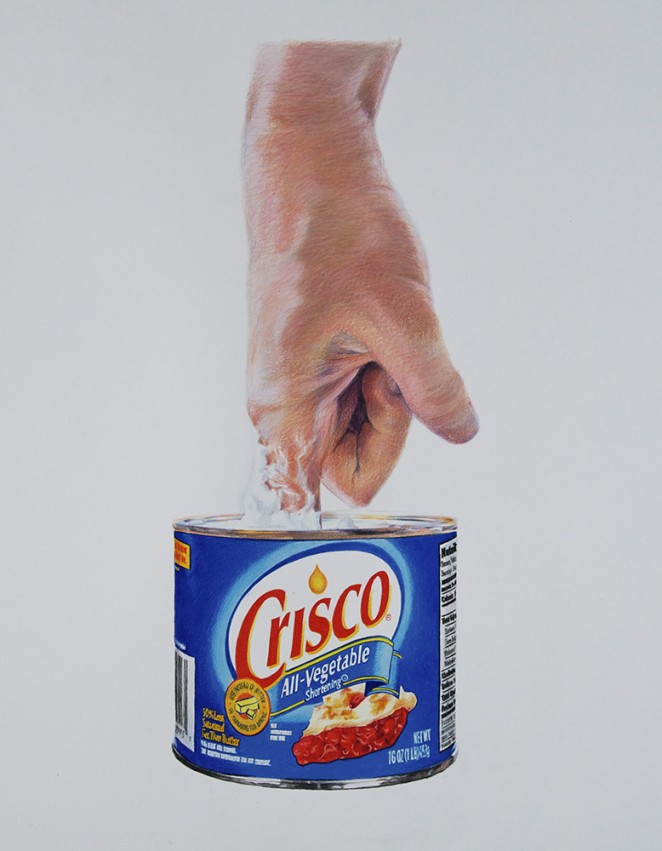 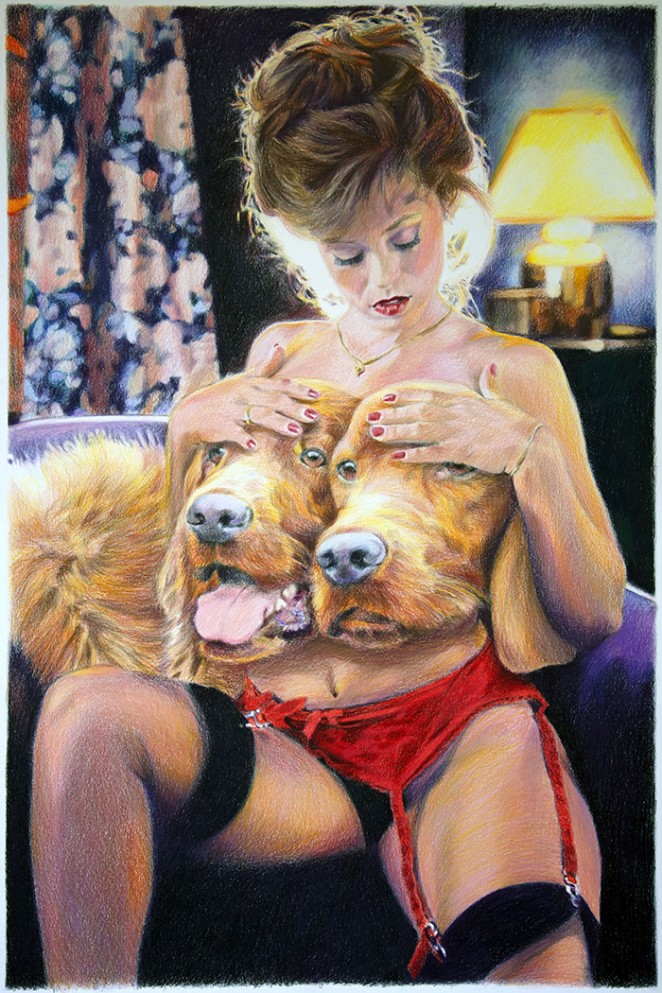 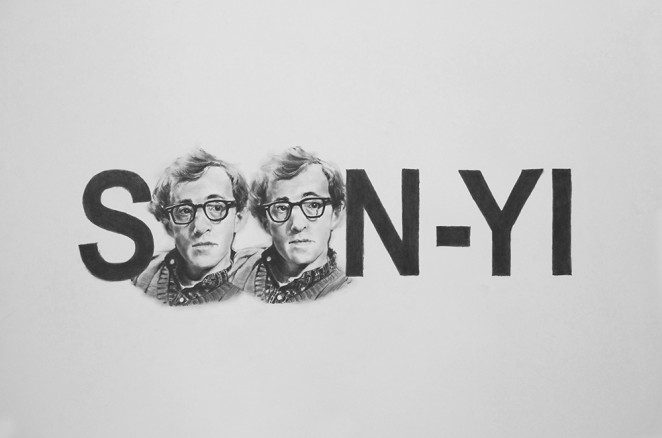 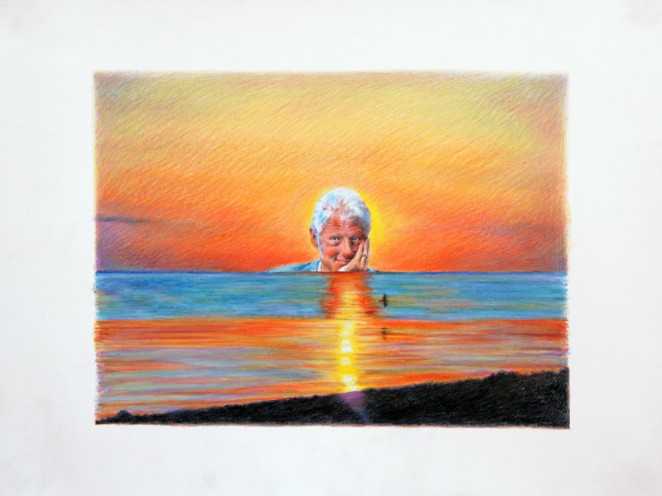 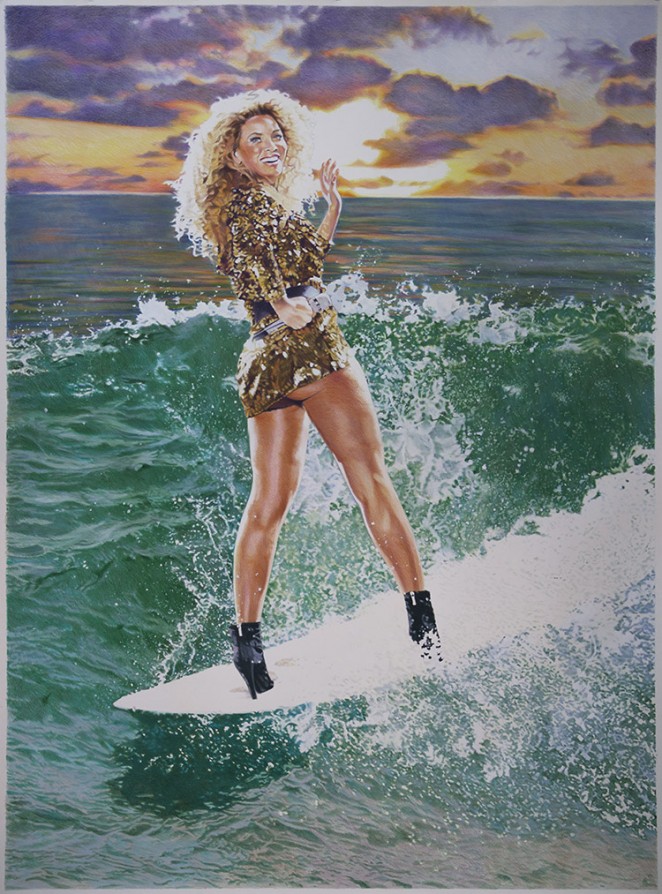