Channel 4 and ITV Unite Against Dementia for Alzheimer's Society

Channel 4 and ITV are uniting for the first time for a major brand campaign for the Alzheimer's Society, created by McCann London. Launching “United Against Dementia” today (Monday 24 April) from 20:55, this is the first time either TV station has partnered with one another to simultaneously introduce a new advertising campaign with a bespoke co-branded introductory message. The campaign calls for people to unite in the urgent fight against dementia, which is set to be the 21st century’s biggest killer. Someone develops dementia every three minutes and there is currently no cure – but Alzheimer’s Society says too many are facing it alone, without adequate support, and society urgently needs to take action.

Both ITV and Channel 4 will run teaser spots ahead of the campaign launch, showing two hands coming together to form the “A” in Alzheimer’s, with the broadcaster's logos shown under the words, “Uniting for Alzheimer's Society.” On the night of the campaign's TV launch both channels will run a 10 second intro ahead of the ad. This will be followed by a road block showing the ad in the next break, during primetime viewing slots A co-branded tag will be shown ahead of the 30 second ad for the rest of the week.

Laurence Thomson, Co President & Executive Creative Director at McCann London, said: “Dementia affects people from all parts of society – and will impact all of us - which is why we urgently need to unite against it. Seeing two rival broadcasters come together for such an important issue sets a brilliant example to us all.”

Vivienne Francis, Director of Marketing and External Affairs at the Alzheimer’s Society, added: “One person develops dementia every three minutes – yet extensive research has found that people don’t understand dementia and there’s a prevailing sense of hopelessness and inaction surrounding it. With McCann, and in partnership with ITV and Channel 4, we’re thrilled to launch a bold, striking and strong brand campaign that taps into post-Brexit societal divisions and turns up the volume on dementia. This campaign will position dementia as a salient issue, cement our new brand and move apathy to action.” 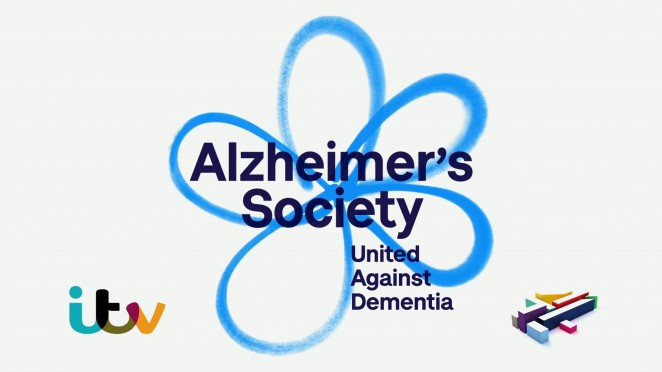