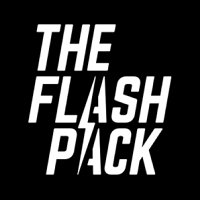 Concept:
HMD Global, the license owner and manufacturer of Nokia mobile - approached us to generate brand awareness in Western Europe for their new flagship smartphone, the Nokia 8. They needed to stand out amongst 18-25yr old content creators in a fiercely competitive market place. We were tasked with designing a content and social media strategy positioning the brand as cool and culturally relevant proposition to this young audience.

Research and insight across both brand and consumer identified a core brand desire to unite, and key audience interests associated with electronic music and social media led lifestyles. By connecting with this audience through these passions and channels, and playing on the phones core USPs, we would be able to create a powerful and relevant synergy between audience and brand. Music was subsequently decided upon as a core uniting value between the two.

But how does one reach a European wide audience in one hit with the brief arriving in the middle of summer and to activate ASAP?

To create a powerful social buzz surrounding the product launch of the Nokia 8, we produced a multi-tiered, content-led strategy that involved social influencers, established music talent, press and world famous music venues in and around Ibiza.

Firstly, we needed to raise some awareness amongst visitors to the island. A media partnership was struck with youth focused, on island publisher, Ibiza Club News (ICN). With a weekly average social reach of 9.4M and an online following of 650K+, predominantly in the target age and location bracket, ICN were commissioned to publish continuous content throughout the summer and in the lead up to Ibizas infamous closing parties. Using the key phone features, ICN produced daily content, with their social team getting behind the scenes and live footage of the legendary closing parties, all captured on the Nokia 8.

Alongside this, a number of talent partnerships were agreed with widely recognised electronic DJs featuring in Ibiza: Sam Divine, Steve Lawler and the Mambo Brothers. Working closely with our on the ground video team, three pieces of video content were produced for each artist, showcasing ‘both sides of the artists story’. This once again played on the unique bothie feature of the phone. This series was then shared to both artist and brand social channels as a behind the scenes look at the featured artists. Alongside these partnerships, a number of other organic posts were secured with up and coming DJs who would also feature in Ibiza that year, such as Eli & Fur and Ryan Crosson.

Venue partnerships agreed included Cafe Mambo and Ibiza Rocks. With the Nokia 8 being used by in house social media teams to both live stream and capture bothies on, hundreds of photos and videos were shared on the venue channels over over a ten-day lead up to their legendary closing parties. This created unique Ibiza focused and audience relevant content, all associated with the Nokia 8.

To connect even further with the Nokia Mobile target audience, we invited 17 carefully selected Western European, social media influencers to join us on the trip of a lifetime to see ‘both sides’ of Ibiza. We created a three day long, curated tour of the island; exploring both it's lesser known spots and history, and its iconic music scene. Nokia 8’s were gifted to all influencers and all content was shot and posted onto their channels throughout the three days.

A video team followed and the social influencers, with curated edits seeded to each and subsequently pushed out onto the talents social channels and to their mass of followers.


Results:
Over the three-week campaign widespread news of the Nokia 8 spread through our partners and their audiences. This saw a significant rise in conversations and eyes on and around the Nokia 8. Our curated content saw the following results:

Notably, the Sam Divine content ranked as the top performing video on the ‘Nokia Mobile’ Facebook page, for the previous 12 months.

The campaign was considered such a success internally that a continued Ibiza plan is scheduled for 2018.