By the time the clock strikes 1 pm, most of 'the Pack' descend on the kitchen to grab a bite and get some much-needed screen rest. But not Henry and Abel, our in-house developers, who over the past four weeks have been sacrificing their sacred lunch breaks to work on a secret project: building a retro arcade game…from scratch. 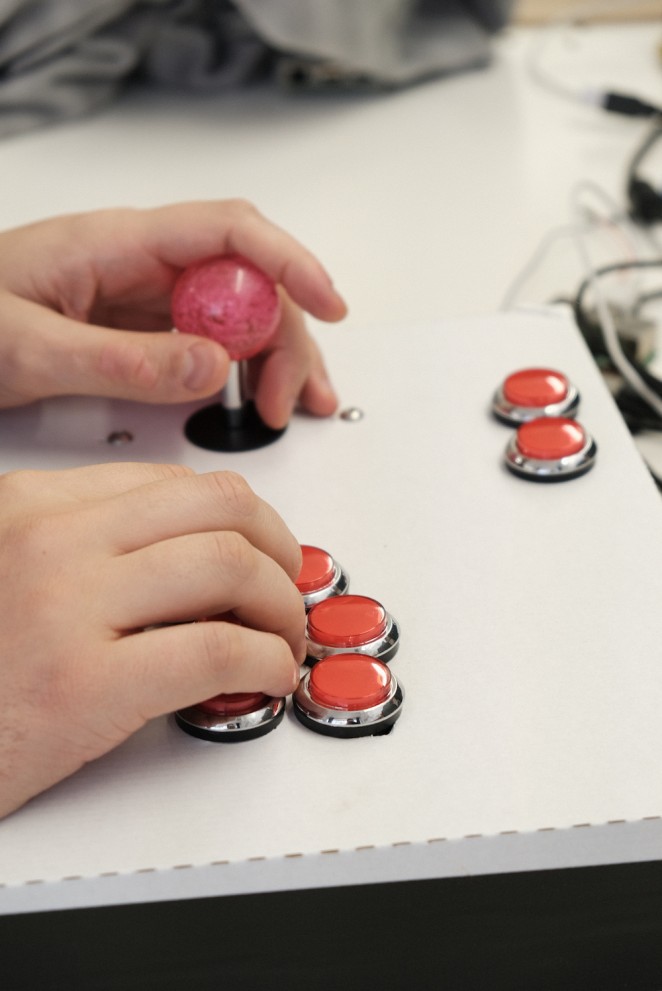 In just four lunch hours, the pair have designed and built a prototype arcade controller. Abel, a self-professed arcade enthusiast, explains that building his own game was something he’s always wanted to do.

"I love arcades. Sometimes I wish I was part of the times when going to the arcades was more of a thing"

After many break time gaming sessions and chats about Puzzle Bobble, he floated the idea of building something of his own.

"I’ve always tried to find a group of people that would be into a project like this. I found that group two weeks into starting at The Flash Pack when I suggested it and the response was positive" 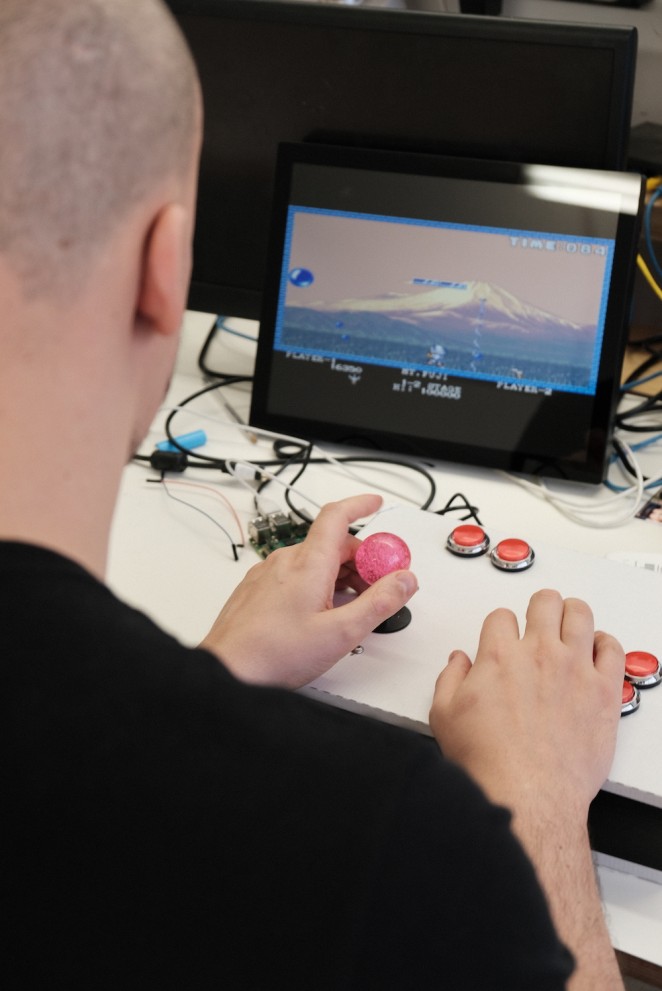 A fortunate stroke of serendipity, the team got started right away and searched the web for tutorials. Of course, there was a lot of testing and learning (they didn’t burn anything!). Luckily, they had most of the hardware for it in the workshop, which really made the process easier. The only thing they had to order was the buttons and joystick. It also really helps that we have a fully equipped workshop. Et voila, the studio-made arcade game was born…but it doesn’t stop there.

Although the technology works, Abel explains that there are some visual improvements to be made.

"It’s a working product, but not finished. The functionality is there"

The pair have plans to upgrade the controller base – currently made from a Macbook Pro box – and to build a proper casing. The final task will be designing the retro artwork, and of course, coming up with a name for it!

It’s quite remarkable what can be achieved in just four lunch breaks…well, four half lunch breaks (they would always eat first).

So, what’s next? Once the first model is complete, they intend to duplicate the build, turning it into a two-player game that can live in the studio for the rest of the Pack to play.