Let’s talk tech. From parallel reality to living laboratories, we saw some mind-blowing innovation at CES 2020. Scroll down to see what piqued our interest.

We aren’t the first to admit that we hadn’t heard of the mobile-only streaming platform before CES 2020 but they are certainly making waves in the world of tech. Smartphones have changed the way we consume content and Quibi has taken note. The short-form video service finally unveiled Turnstyle, their signature technology giving viewers the option to view videos in landscape AND portrait. Users can simply rotate their phone and the video will instantly switch whilst keeping what matters most in frame.

What does this mean for filmmakers? Essentially, more work. Every show and short film must be storyboarded, shot and edited taking both formats into consideration. Once submitted, the Quibi team work their magic and sync video and audio for seamless viewing.

Although Quibi insists they aren’t competing with other streaming giants it’ll be interesting to see how they respond to this new technology. Quibi and chill anyone? 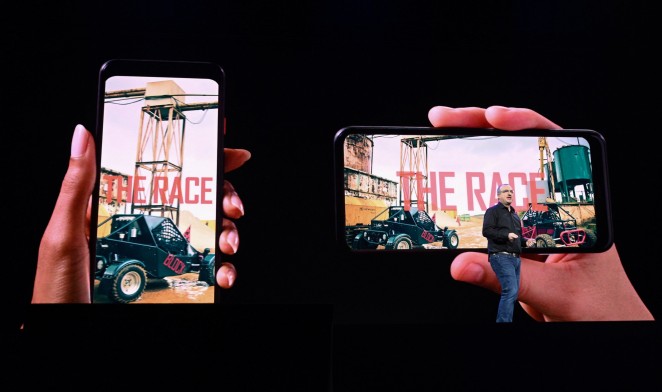 Arguably the most ambitious announcement from CES was Toyota’s Woven City. At the base of Mount Fiji, Toyota is planning to build a fully connected ecosystem powered by hydrogen fuel cells and solar energy.

A prototype for the future, the city will be home to residents and researchers who will be developing autonomous technologies, robotics, smart homes and more. Described as a ‘Living Laboratory’, the city is designed to be sustainable and only fully autonomous, zero-emission vehicles will be allowed in.

Delta’s Airport of the Future

Haven’t you heard? Parallel reality is no longer a thing of science fiction. It’s here and coming to an airport near you this year, well, almost.

Delta unveiled big plans to improve the airport experience, announcing their brand new Parallel Reality displays. Delta screens throughout terminals will show personalised information to multiple travellers at the same time. Tailored messages such as flight times, boarding information and gate directions will be shown to you – and only you – from the moment you check-in. Rolling out in Detroit mid-2020, up to 100 people looking at a single display will see personalised content, all in their preferred languages.

How does it work? A combination of multi-view pixels and proprietary technology. Misapplied Sciences, Deltas tech partner, explains that each pixel can ‘simultaneously project up to millions of light rays of different colours and brightness. Each ray can then be software-directed to a specific person.’ Something tells us this one has to be experienced to be believed.

SERO, the rotating TV by Samsung

Designed with the Snapchat generation in mind, Samsung showcased its latest TV, SERO. With a rotating display, the TV swivels between landscape and portrait for easy viewing of vertical social content. Built for the smartphone generation, the TV connects to smartphone seamlessly allowing users to cast their social content with ease.

I mean, who wouldn’t want to watch their Instagram Stories in HD on a 43-inch screen? TikTok screening party anyone?

Say hello to Neon, the Artificial Human from Samsung

There’s something a little Black Mirror about the new ‘digital species’ unveiled by Samsung, but let’s roll with it. Basically, Samsung STAR Labs have given Alexa and Siri an identity – and it’s a human-looking one at that.

The full-size virtual Neons are designed to become ‘teachers, doctors, financial advisers and possibly your closest friends’. Powered by AI, the Neons will have the power to read emotions and respond with appropriate advice. Although this tech is still in the developmental phase, Samsung says "it will soon be able to support original content, expressions, emotions, movements and eventually memory on its own."

Introducing human-like AI to the public does raise questions about data, privacy and AI ethics. Fortunately, they are still a little way off-putting these artificial humans into homes. 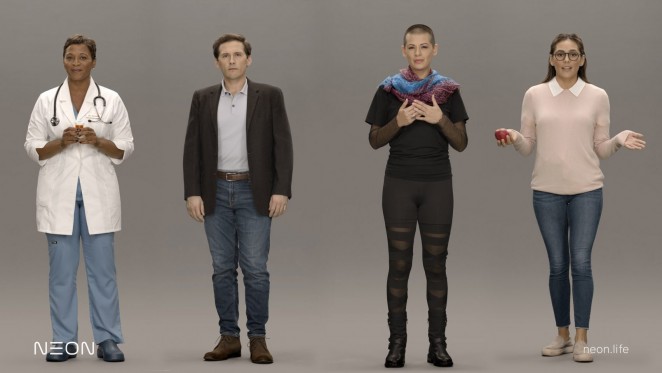