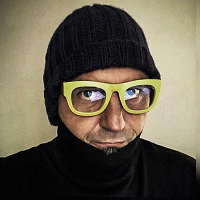 "Iron Curtain" was the name of the metaphoric barrier separating communist Eastern Europe from the West during the Cold War. The symbolic fence-cutting at the Austro-Hungarian border led to the fall of the Berlin Wall, and the collapse of communist regimes in Europe. However, in Hungary the road to democracy was a long and tough way, paved with emotional turmoils and individual tragedies. The short film Rododendron focuses on "the last spark" of communist regime before it burns away forever, showing the absurdity of authoritarian systems. The aim of our campaign was to raise awareness for this film, and make the Hungarian audience revisit this important era in the history of Hungary, and see those events from a different, unseen perspective. The campaign/film launch was set exactly on the same day (June 27th) when the story takes place, on the day of that historic fence-cutting of the "Iron Curtain".

Rododendron depicts the last days of Hungarian communist regime and we wanted to re-create the emotional state of those times: uncertainty, fear and bleakness. Our image is black&white to express that atmosphere; only the head of the match is RED. The white lines suggest monotony and suppression, referring to the faceless power of communism. The badge is floating above that featureless texture; the star itself has the same featureless, plain stripes. Only the matchstick stands out of this composition, symbolizing the power of individuals, the fragility of authoritarian regimes. The red star (symbol of communism) is a powerful icon itself. But we wanted the express that the hayday's of communism were over. We showed not the front, but the BACK of that badge. Attached to a single matchstick, this symbol is really about expressing the last spark of communism, thus creating a poetic reference to the theme of the film.

Add yourself to this project
Annual 2019 JudgeIllustration Project featured: on 16th March 2021 Contributor:

Istvan Bracsok has been a Contributor since 8th January 2019.