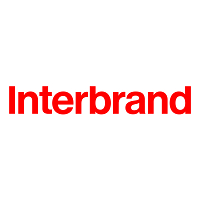 Our annual client, Beautiful Coffee, a non-profit foundation running a business on fair trade, came to us for a solution to raising awareness of Women's Coffee in Korea. It is a campaign that raises the issue of unequal ownership and employment conditions between genders in coffee production. In other words, the women's workforce is unrecognized, unpaid, and unseen. We wanted to be the pioneers to bring the issue to the table in Korea to help improve and raise awareness of the role of the women coffee farmers. We created a coffee line named SOLVE to become a platform to raise issues in the coffee industry, similar to our campaign for the women coffee farmers called 'Coffee by Women.' As a brand designer, we designed an overall visual design for the campaign and product packages of SOLVE. We first redefined the term 'Women's Coffee' with a clear definition to make sure that everyone is on the same page. It was an unfamiliar term in Korea; some misunderstood the whole concept, thinking the coffee was for women only or even accusing it of being sexist. Thus, because of the term, the concept could lose its real meaning, so we changed the term to 'Coffee by Women,' which is easier to understand and delivers its true meaning and clear intention. The overall campaign look was to expose and emphasize the real stories of actual female coffee farmers by showing their silhouette, implying that they were someone's mother, daughter, sister, wife, or friend, not just one particular woman. A symbol, a combination of the coffee and female gender icons, represents the whole concept clearly, and vibrant orange and purple colors bring a positive vibe into the whole concept, telling people it is about inequality, not sympathy. SOLVE coffee and Coffee by Women campaign was successfully launched and introduced to the Korean F&B market through The 19th Seoul International Cafe Show in November 2019. The event is known as Asia's top coffee event, and we could encounter many mainstream consumers there. It was a perfect test-bed for generating business as well as for the cultural development of the coffee industry. Also, it was introduced to the largest network of coffee consumers, cafe industry-related professionals, as well as business-related visitors. Having Angelique Tuyisenge, the president of the Bwishaza women's group "Kungahara" Coffee Cooperative, as a guest speaker at World Coffee Leader Forum, was a powerful approach to raise awareness regarding this gender equality issue at once. After two weeks of the launch of SOLVE, sales have increased by 30%, and within about a month, they had tripled. These numbers clearly show that customers tend to spend their money on brands that have a positive impact so that they can feel their money is being well spent. SOLVE follows up with meaningful actions that raise people's interest, like the SOLVE Salon, a women's forum that shares gender-equality issues, and new collaborations with brands that work for the dignity of women.

Add yourself to this project
Annual 2020 BronzeSOLVE Coffee with Coffee by Women campaignEffectiveness Contributor:

Interbrand has been a Contributor since 25th November 2015.